Eulogy for a Huffy 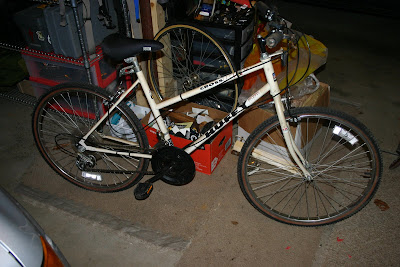 I thought I would pay homage to a once powerful name in the biking industry (Huffy History) that unfortunately has followed in everyone else's footsteps by chasing off shore manufacturing in order to squeeze as much margin out of their product as possible.  This has resulted in being knocked off the podium with other manufacturing greats such as Raleigh and Peugot and denegrated itself to big box stores where price is key and quality is left holding the door.  Once a household name is now associated with the likes of Mongoose, Schwinn, NEXT, and Magna.  RIP.
Here is a Huffy Cross Tech, 18 speed, woman's bike.  It's a pre mass market made oversees for pennies on the dollar, steel frame that was riding the American ingenuity manufacturing graving train.  You can tell that margins were getting tighter simply by the quality, or lack there of, parts on this bike.  It's almost like the company put the love into the frame but skimped everywhere else.  My best guess is that this bike was from the 1980s based on the logo.
Yet another bike saved from the town dump and that has some appealing characteristics.   As I mentioned earlier, the frame is steel and it has a stamped, horizontal dropout which means this bike might make another good fixie project, that is if I can figure out how to deal with the cranks. 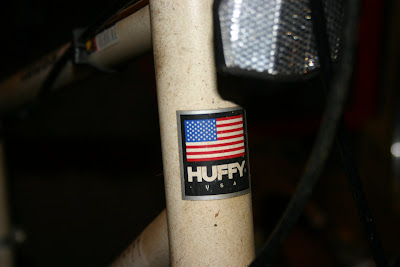 A nice new comfort saddle that means someone was riding this bike until recently. My guess is that it was upgraded to something more modern. 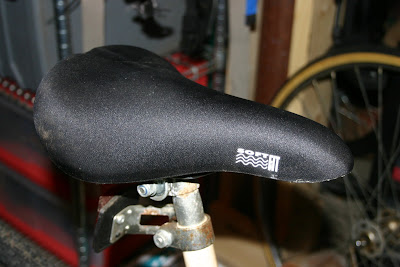 Brake levers, while a little rusty will transfer easily to the next fixie project, although one might stay with the bike. 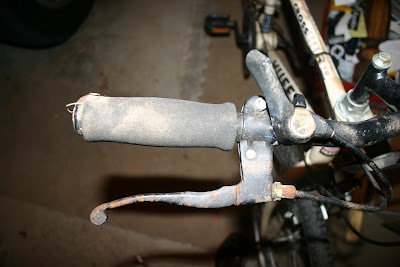 A crappy quill stem and shoddy bars but they might find a home in my parts bin. 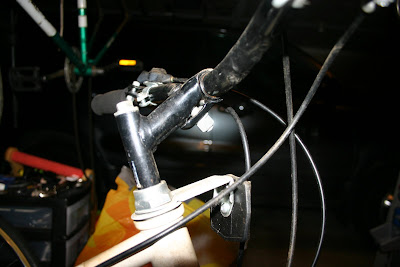 Crappy brakes that I don't think are worth holding onto. There are some nice spacers and nuts that will be retained. 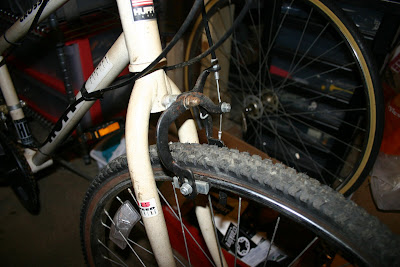 This fork looks like it would collapse on a rail trail. It might be nice to see if the headset parts are transferable to something else. The wheels are in pretty good shape and my guess is that the rear wheel is not a shimano cassett meaning they'll easily convert to an SS wheel set! 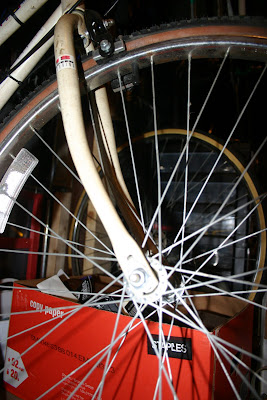 This is the crank that came to dinner but would not leave. Ugly looking thing and it appears that the chain rings are stamped together making it essentially worthless, except for some sort of possible artistic value. 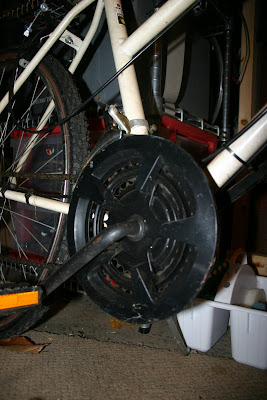 From a cannibalization perspective parts of this bike will go on to serve higher cycling puposes but I am afraid the frame, fork and cranks are destined to a return trip to the town dump.  Even the cables are in good shape and are worth saving.  While there is potential for another fixed gear project I have another frame waiting in the wings that I think will be better.
at 5:31 AM

Email ThisBlogThis!Share to TwitterShare to FacebookShare to Pinterest
Labels: Huffy

:) Poor Huffys get no respect!