Realizing I had a busy schedule at work today I decided to hit the trail before work. It's always tough, mentally, to say I am going do it when it's nice and warm in the house. I knew there was no chance to get to the gym today and Sub-rural-urbia is expecting a foot of snow tomorrow, so I had to get out and ride.

I tried another layer this time, a cheapo blaze orange fleece that I bought from the grocery store last year but haven't worn it yet. I put that on over my dayglo green riding jacket. My other two layers consisted of a long sleeve Army PT uniform shirt and nylon sport shirt. I have to say that for 27 degrees it was a good combination of layering. 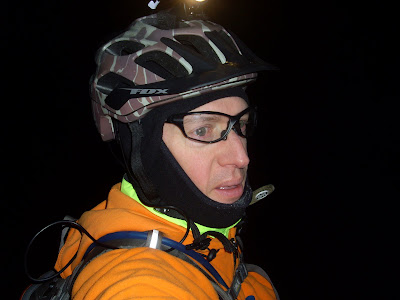 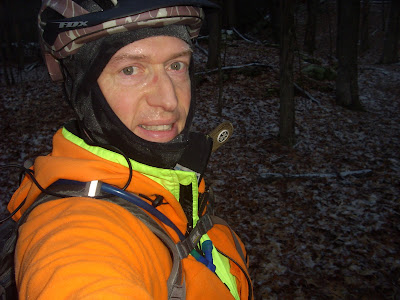 Good ride up the fire road but as I was turning onto the Gussy there was an orange apparition 30 yards down from me walking up the Brody Fire Road. A Hunter! He froze when he saw me. I stopped, said good morning, he didn't respond, so I took off down the Gussy. 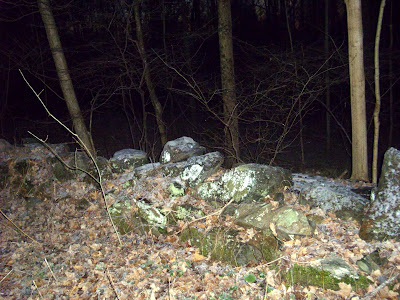 As the title of this post denotes I came across this specimen of animal fecal matter on the initial stages of the the trail. A hundred yards further up the trail there was another. Yet further down the trail another plopping. Finally, the last example of wild dootie was near the third stream crossing. All specimens were around the same size. At first I was thinking bear after seeing a fresh paw print the other day elsewhere in the forest but there was so much I have think that it's either a dog suffering from IBS or a pack of coyotes. 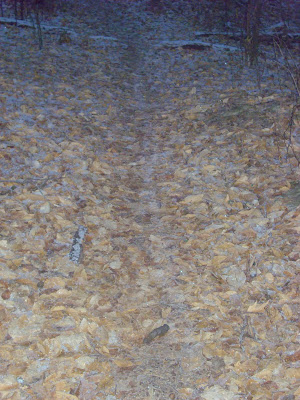 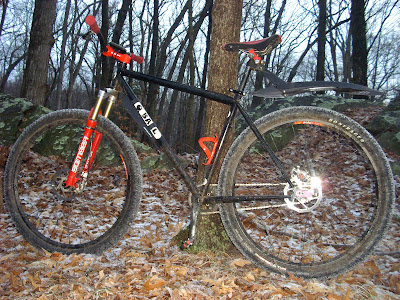