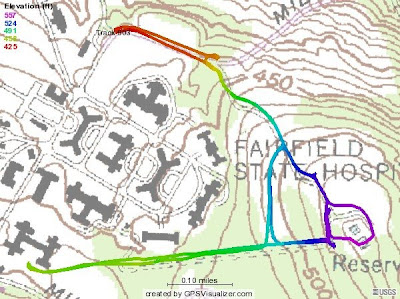 With my two older kids performing in a Holiday Show called Tis the Season and my wife playing Backstage Mom left Brodie and I to kill some time on Saturday afternoon. I had read about a new trail that the Town of Newtown had finally finished over at Fairfield Hills and thought this might be a good time to try it out. Got loaded up and we headed out. 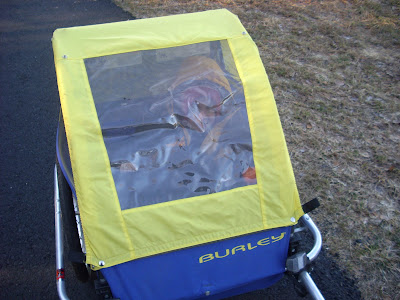 I brought the Fixation because I think it is going to be the last time I ride it as a fixed gear but I probably should have ad the 'Goose because little did I know the initial part of the trail climbs up a big hill with a fantastic view of town seen below. 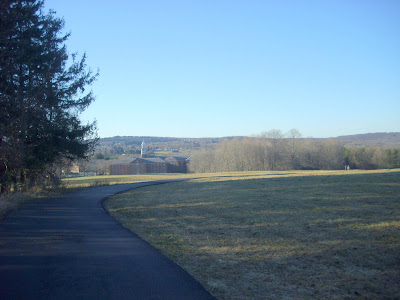 I zoomed in for the next picture in which you can see one of the former buildings that still stands that used to be one of the treatment centers of Fairfield Hills, a now defunct mental health facility that the town took over at great cost with the idea of converting it some sort of income producing corporate/recreation park. Of course the whole project has been one boondoggle after another and still continues to be Fuster Cluck. 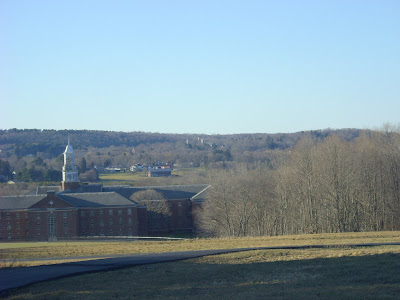 Zooming in even futher you can see the center of town. The town's icon, the Flag pole flanked by Trinity Church on the right and the old Congregational Church, now town meeting house/community center, on the left. 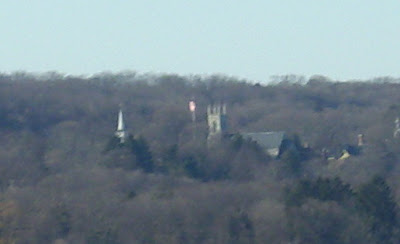 At the top of the hill are a couple of inground water tanks that look like bunkers. I rode around them and found a few trails coming off the access road that might be fun to come back with the mountain bike and explore them further. 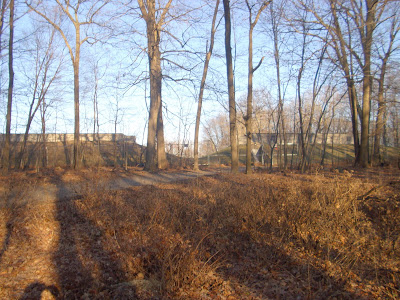 Here is one of the trails. Really looks like a continuation of the road that turned into the town trail. 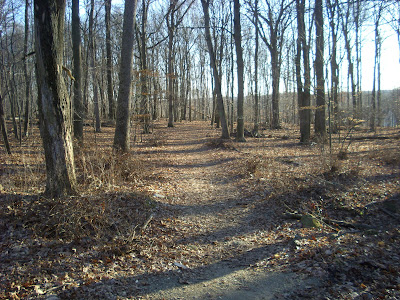 It's marked with green paint. I didn't see that same paint on the trail that comes in behind the reservoirs so there could be a little network of trails back there. 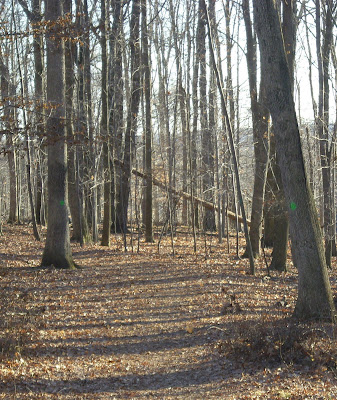 According to the 1953 topo that road/trail does indeed extend back to Nunnawauk Road. 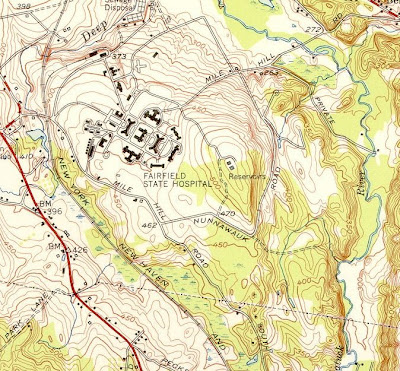 But not on the most recent topo. Granted these topos are in serious need of updating. They don't even show the new Mine Hill Road. 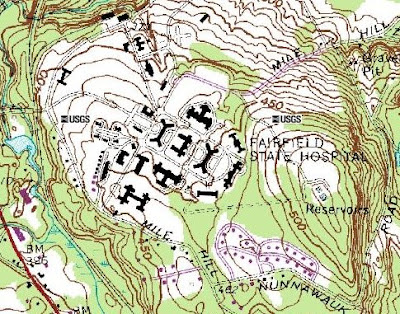 I checked on Brodie at the trail juncture and gave him a few more gummy bears. He was pretty snug inside the Burley. Not only was he wearing his winter coat and hat but I had him wrapped in really warm blanket. In the side pocket he had a sippy cup with juice in case he got thirsty. 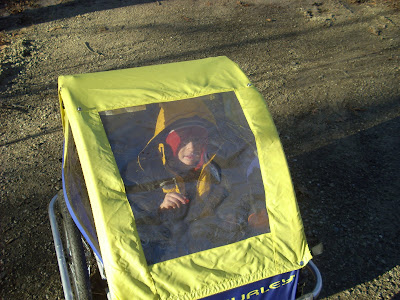 Looking forward to hauling my own little one around in one of those!
Cheers.