This week in Bike Commuting: #48 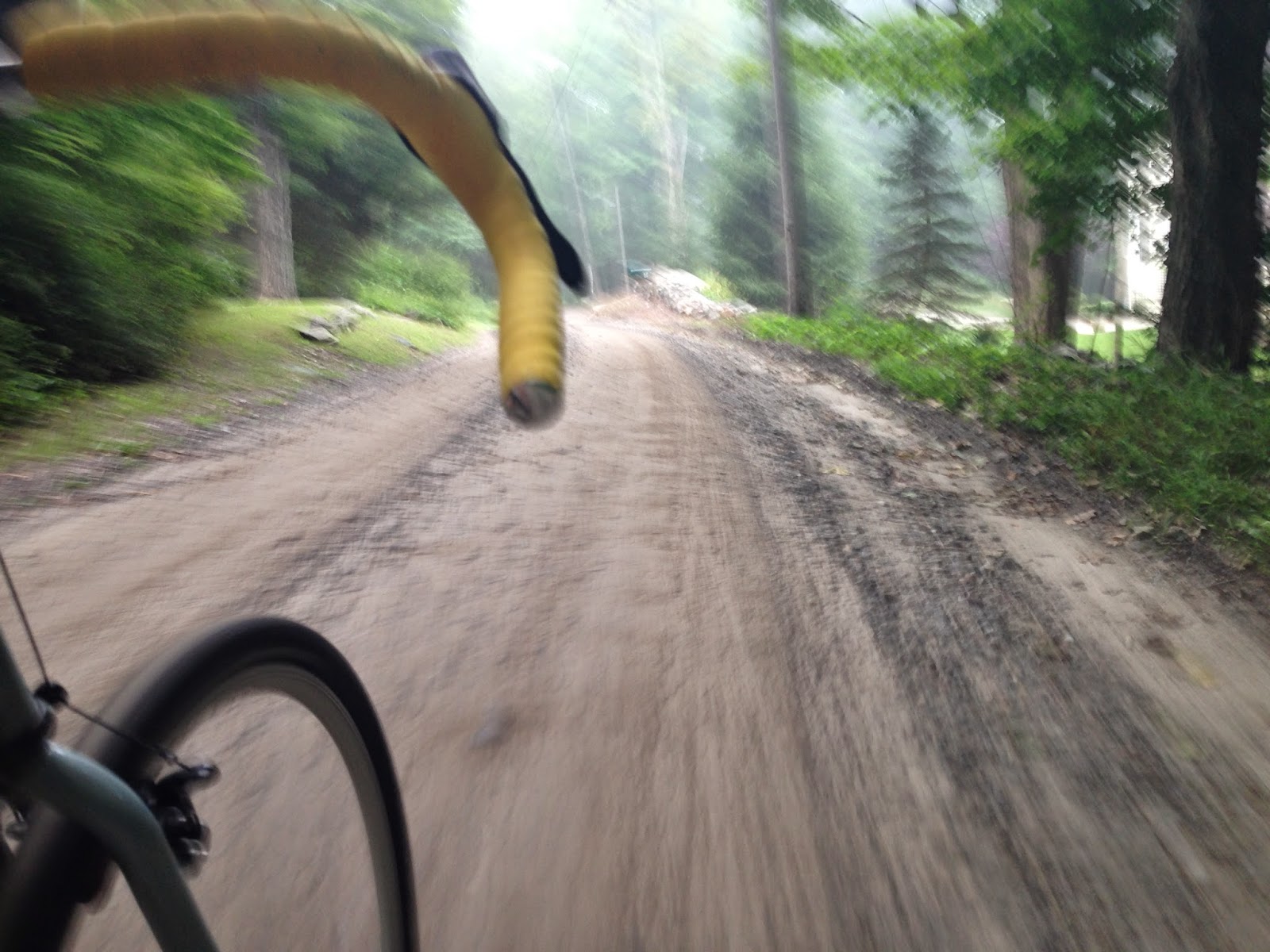 My 48th Day started on gravel and ended with gravel.  Last week I didn't commute at due to training for D2R2 by riding each time, longer than the last, and resting in between and I noticed a big difference when I was riding 100 miles on Sunday.  I was hoping to be at 50 commutes before school started but that looks like more towards the end of August.  Although 48 commutes is a new milestone because the most commutes I have ridden in a single year was 45 and that was last year. 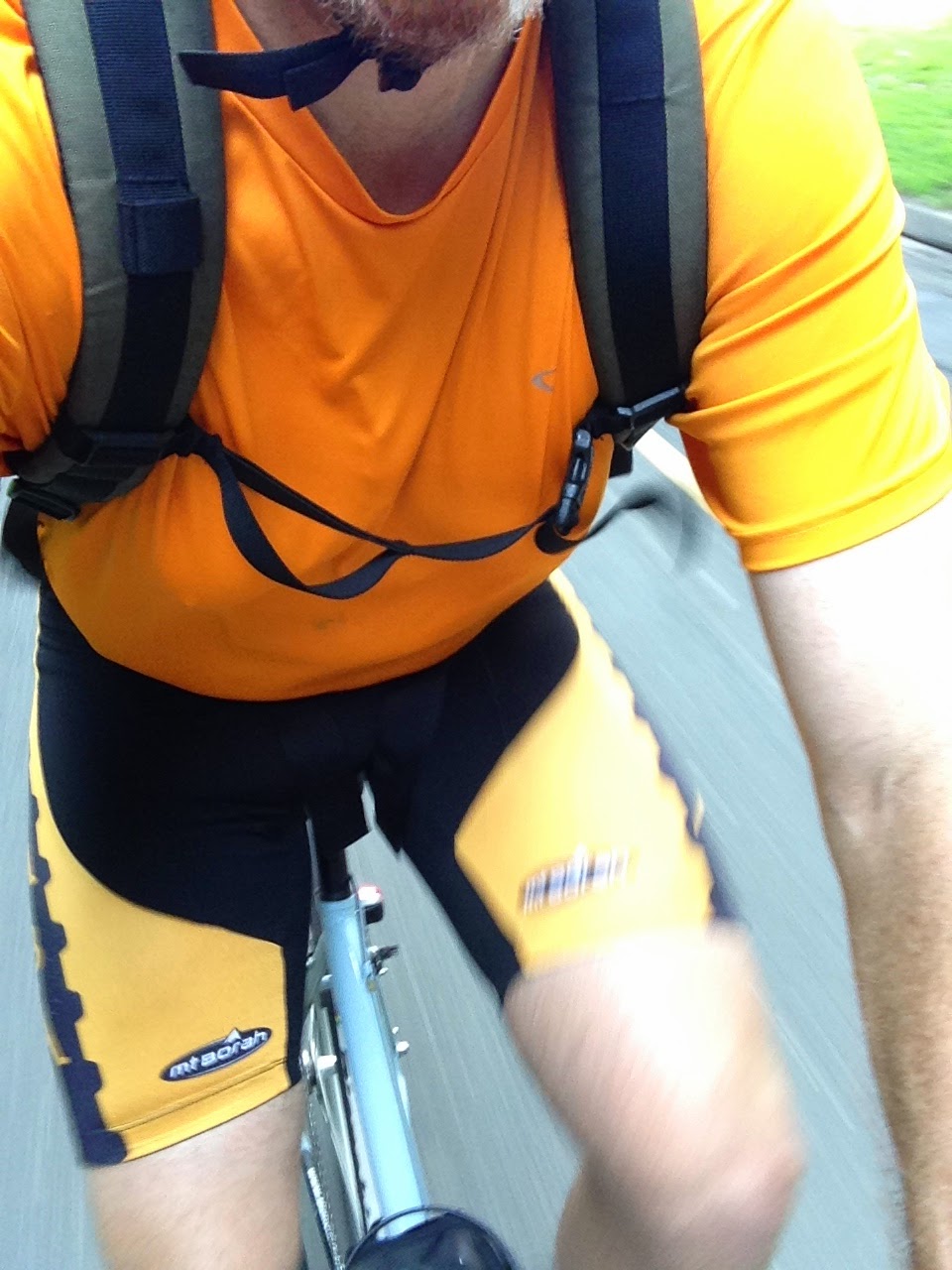 Wednesday was my recovery ride and I tried to make the most of it by riding the singlespeed to work and riding some hills. It was an interesting morning due to the fog and when I got to the top of Castle Hill you couldn't see very far but it made for a great back drop. 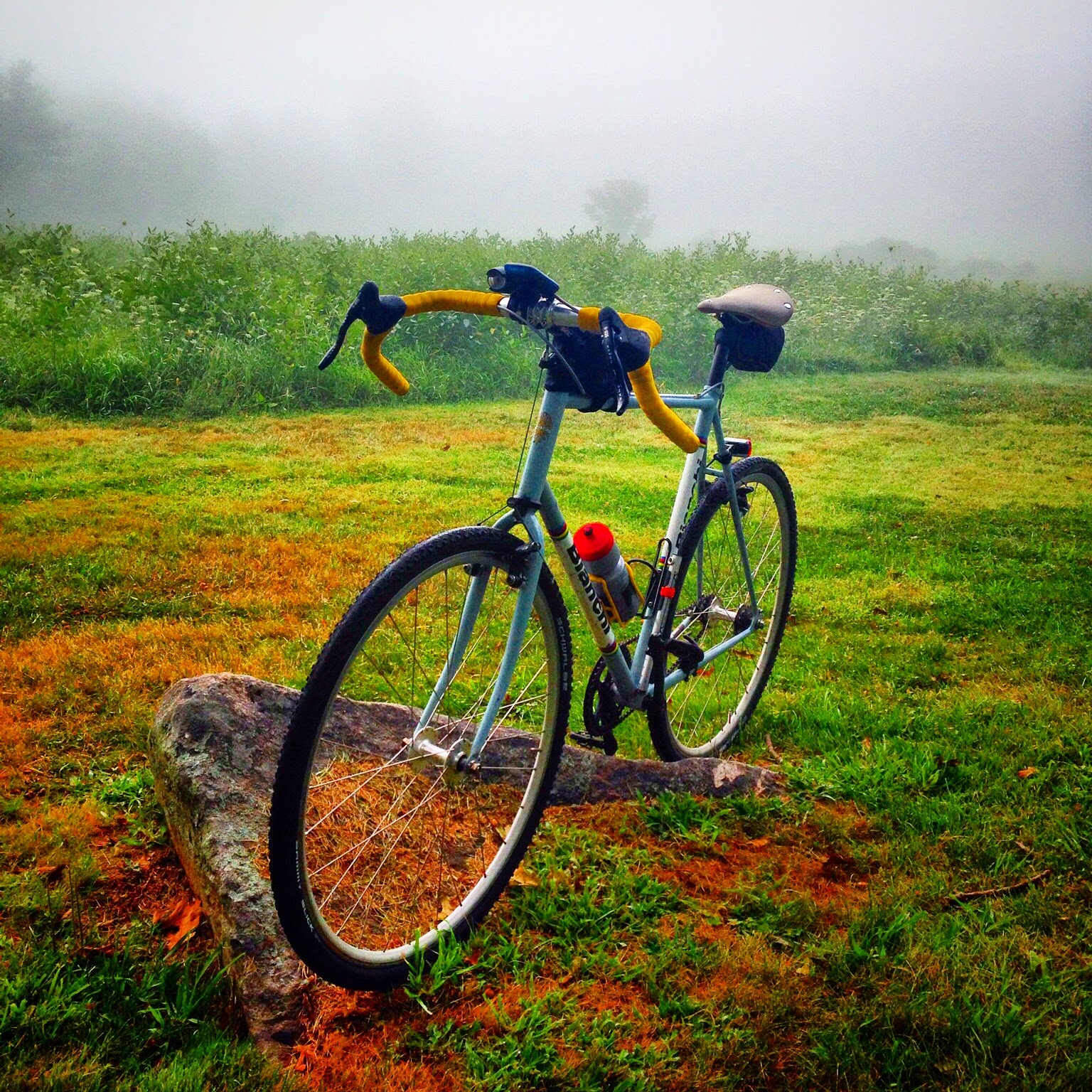 Having ridden 15 miles on the way in I was thinking of trying 20 on the way home but once again Mr Murphy reared his ugly head and I didn't leave until 6:15 so I had to settle for a slightly, unadventurous route. 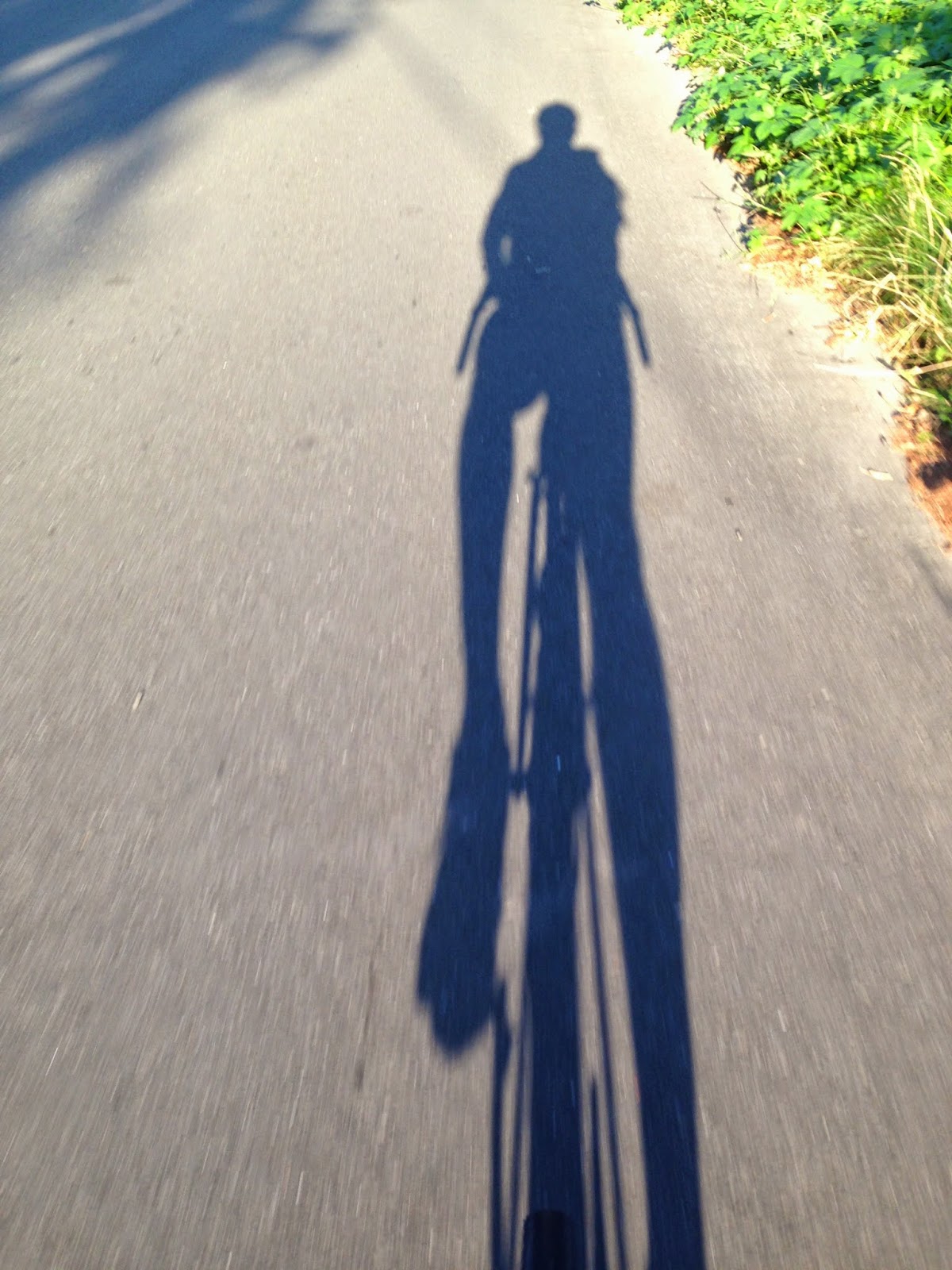 Apparently, it got up to 80 degrees today but with no humidity it sure doesn't feel like the summers I remember growing up.  There was a little bit of wind, too, and it felt really good. 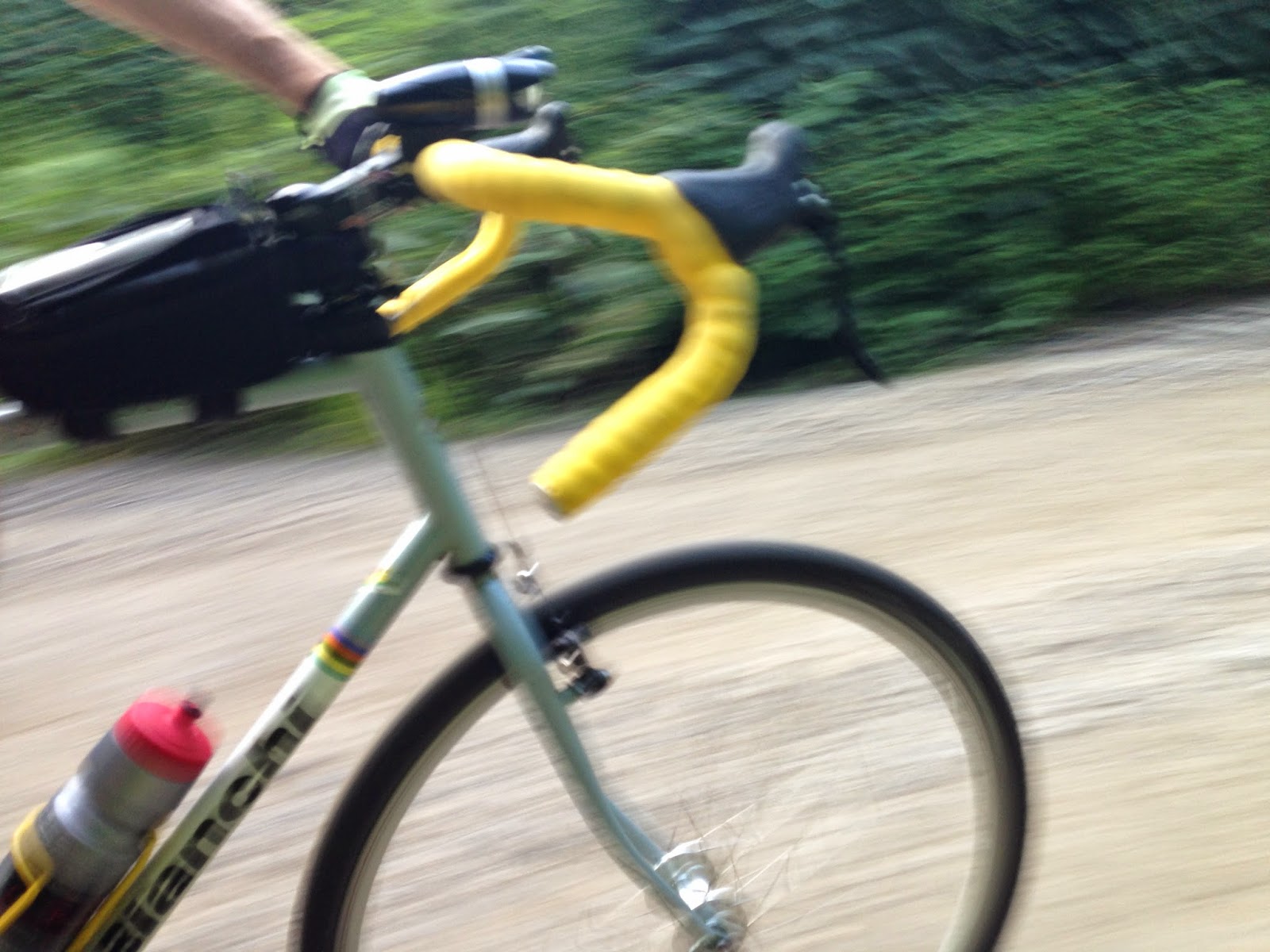 I am nixing the Timbuk2 top tube bag and going to try a different bag that mounts on the top tube only under the seat. My knees hit the bag when I am out of the saddle climbing and on this bike I am doing that quite often. 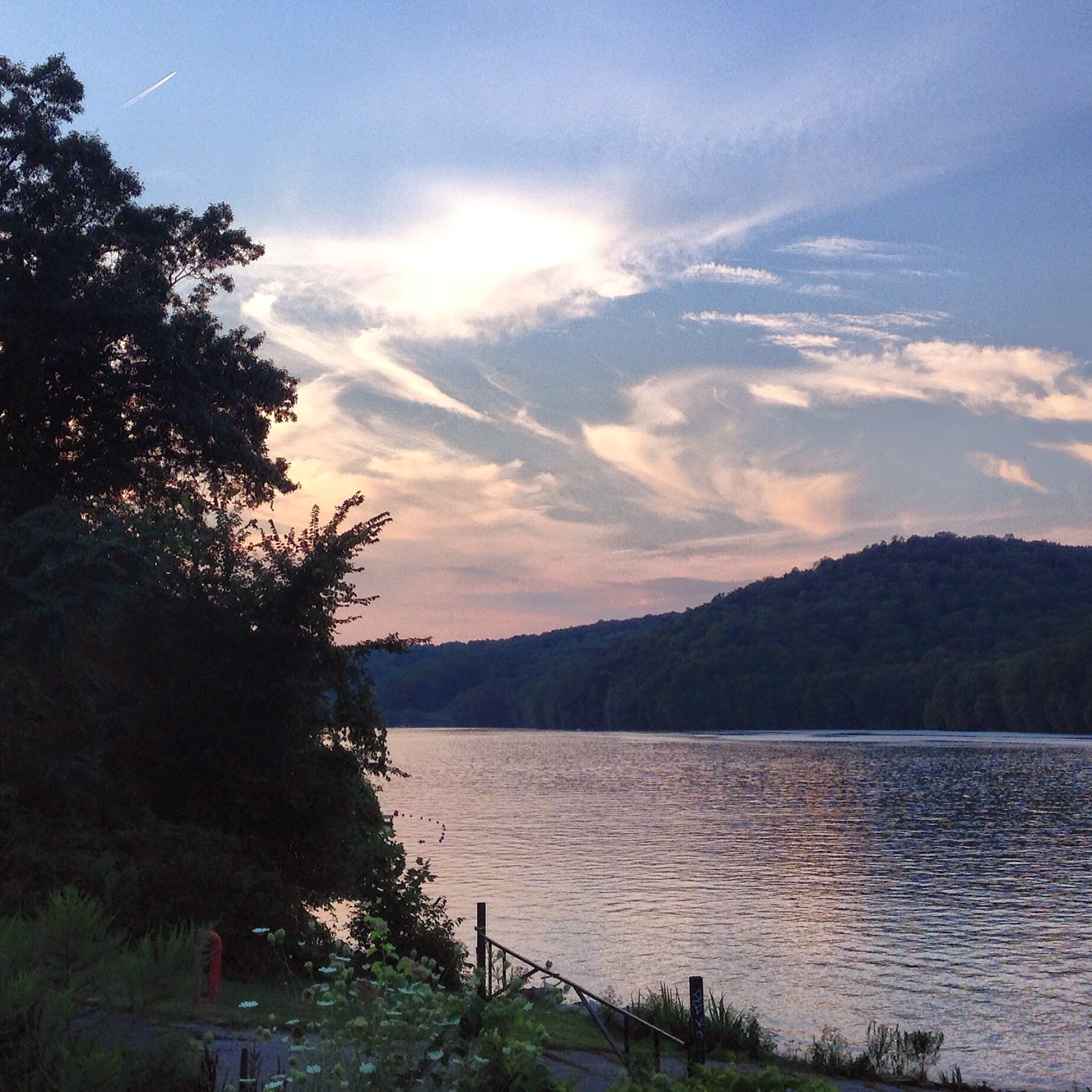 To round out my mileage, I headed down to the lake to catch what was left of the sunset in the other direction.  It was so nice I was wishing I drove to work and come home early and taken the boat out for a little fishing.
at 7:24 AM

Email ThisBlogThis!Share to TwitterShare to FacebookShare to Pinterest
Labels: bike commuting, This week in Bike Commuting