In a way, I think I have been training for D2R2 all year and with the event just two weeks away it's crunch time.  I am confident that I will be able to ride a 100 miles I just worry that it's going to take a lot longer because of all the climbing.  An internet/cycling acquaintance, whom I don't think I have ever met face-to-face drew out the 160K route on Strava but after reading Sandy Whittlesey's latest email about the routing changes I am not sure the route is 100% accurate:

The 160K will have its Guilford rest stop before the covered bridge, and then you will climb up to Marlboro via Green River Road instead of Hale Rd/Thomas Hill.  Lunch in Charlemont as last year.

The Strava route goes up Hale Rd and judging from the rest of email it sounds like there could be other course corrections that haven't been communicated therefore I would only look at this as an example of what to expect if you are riding the 160K course.  I put the course into Topofusion to get a sense of what it looks like in relation to what I road last year (118K) and you can see where the additional 60K comes from in the distance of riding further west.  Last year we added an additional 18K to the ride because went out and did the extra credit loop that consisted of three 1 mile climbs. 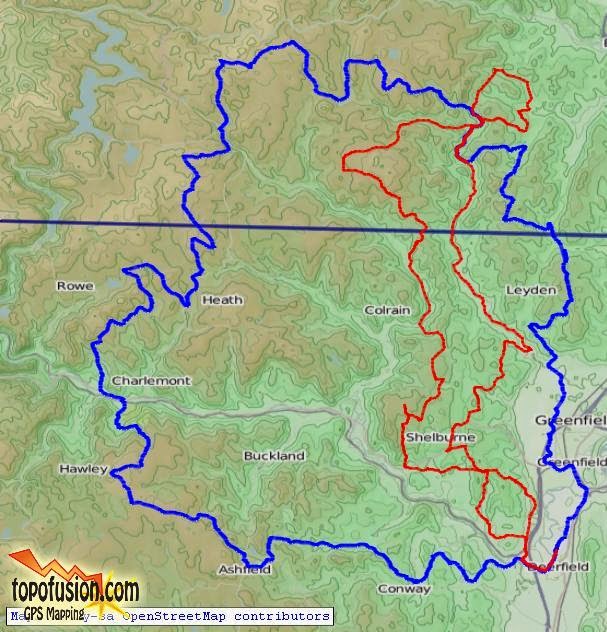 I have also tried two different perspectives using the 3d Generator in Topofusion, with 6 times vertical exaggeration to give a better feeling of what the hills look like in a map form.


The perspectives in the two maps are slightly different but I wanted to try both of them to see which is better. The Topo version has a lot more detail but the Open Cycle Map I think does a better job of giving you the sense of the terrain you will be riding. 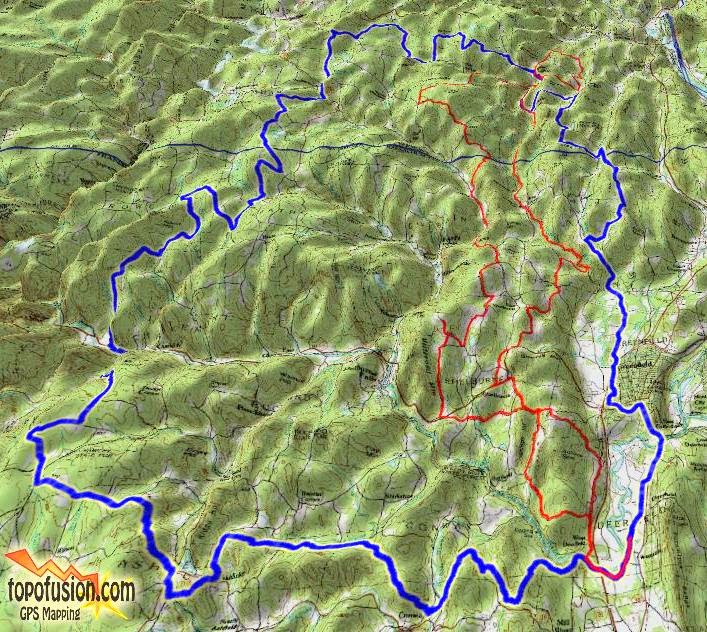 The map above is how it looks in Topo 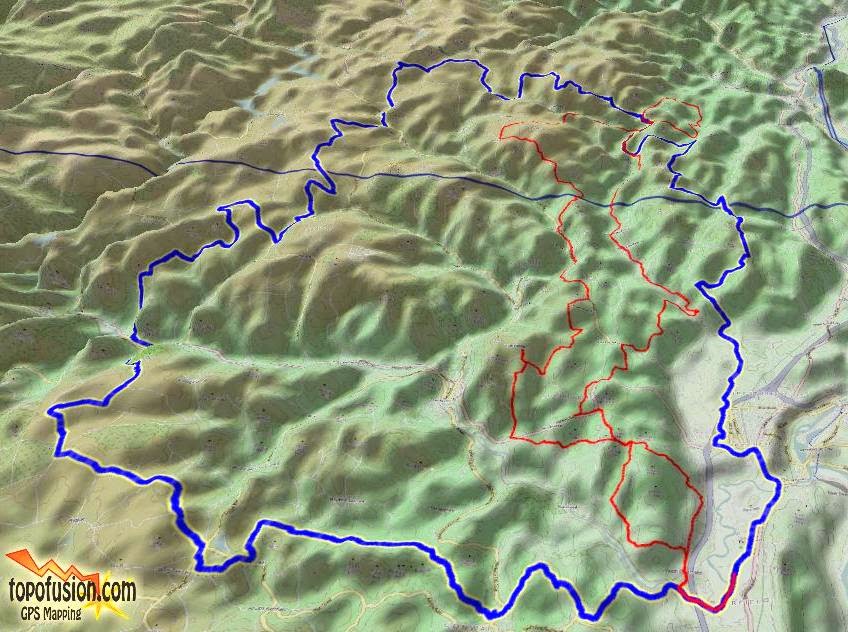 I then I tried Open Cycle Map

I am also working on a Google Maps version using maps engine that I hope to have all the courses programmed into so that you could conceivably access on your smart phone in the event you had to bail from the course you were riding or wanted to try something different.  Once I get all the courses, I will publish the map in a separate post.