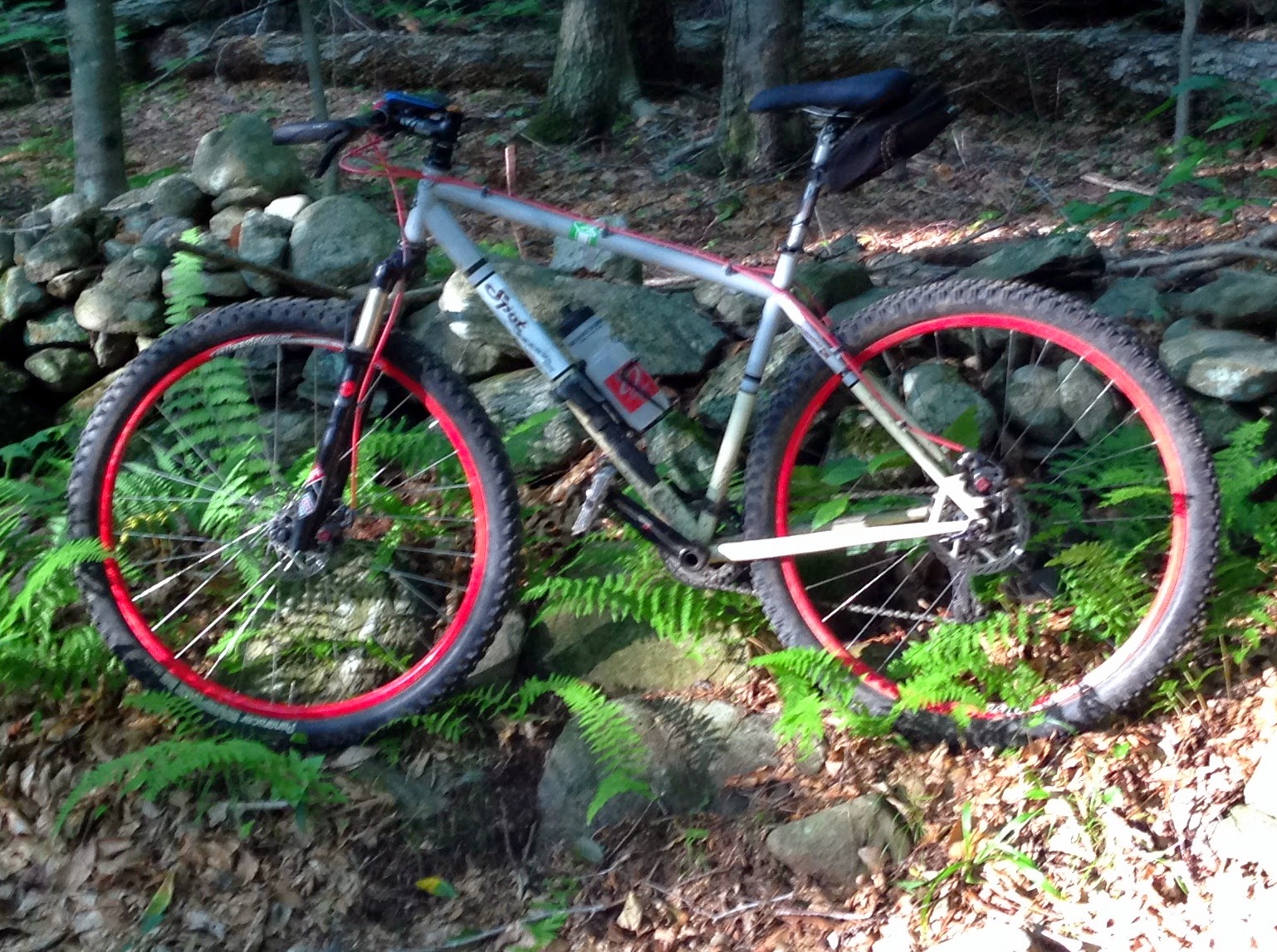 Jumped on the Spot for a quick ride at Upper Paugussett Monday night and find quite a few changes since the last time I rode here, I think mainly due to the weather activity.  The Poly Brody was pretty wet and there were a few little trees leaning over the forest road or sticking into it.  Ran into some people that I know that were about to ride Unmarked and Unsanctioned Trail in a southerly direction.  We chatted a bit but parted company on account of the bugs.  They were ferocious!

Much further down the trail a smaller tree came down and looks like riders addressed it by making it into an a little up and over. 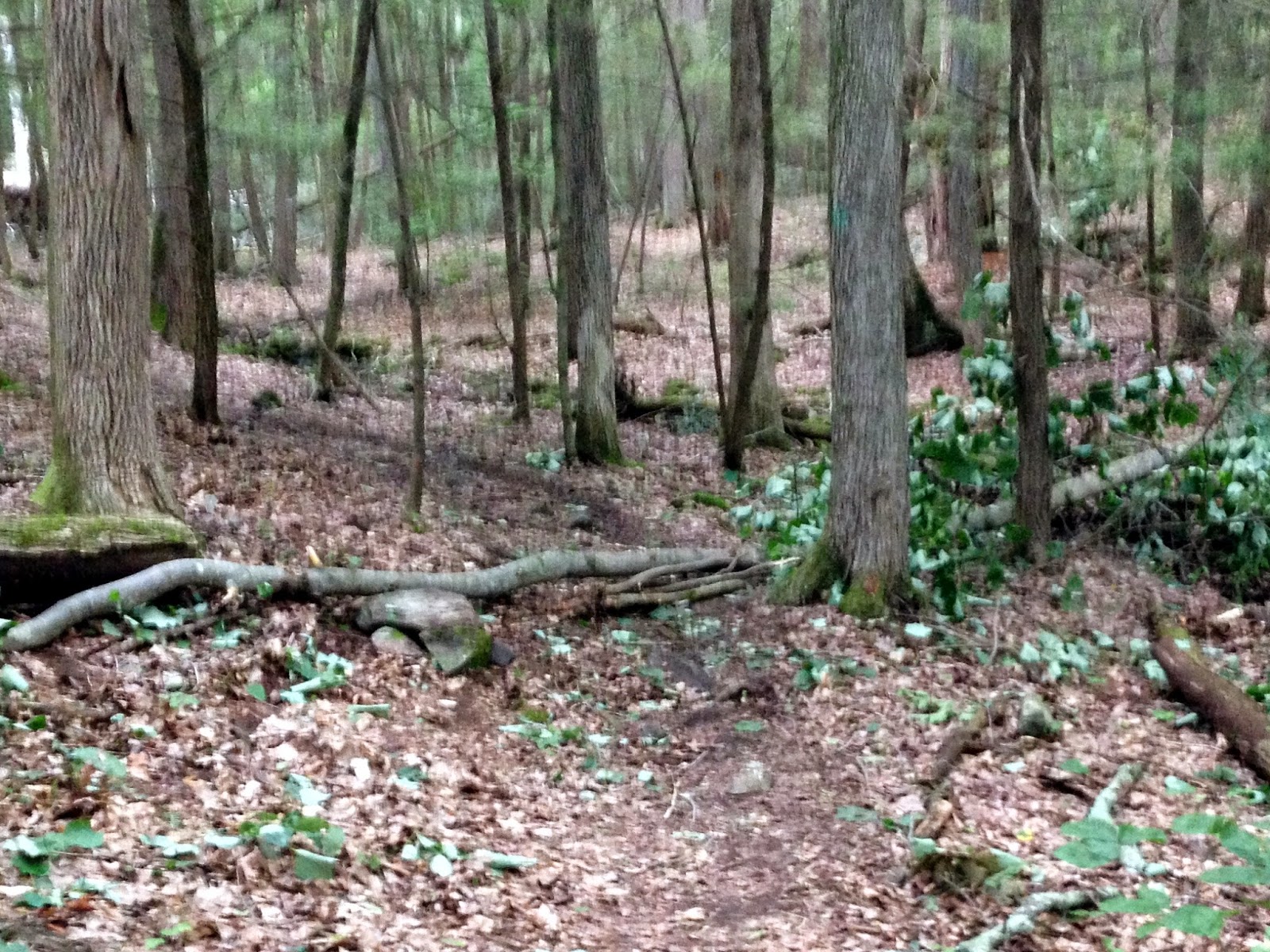 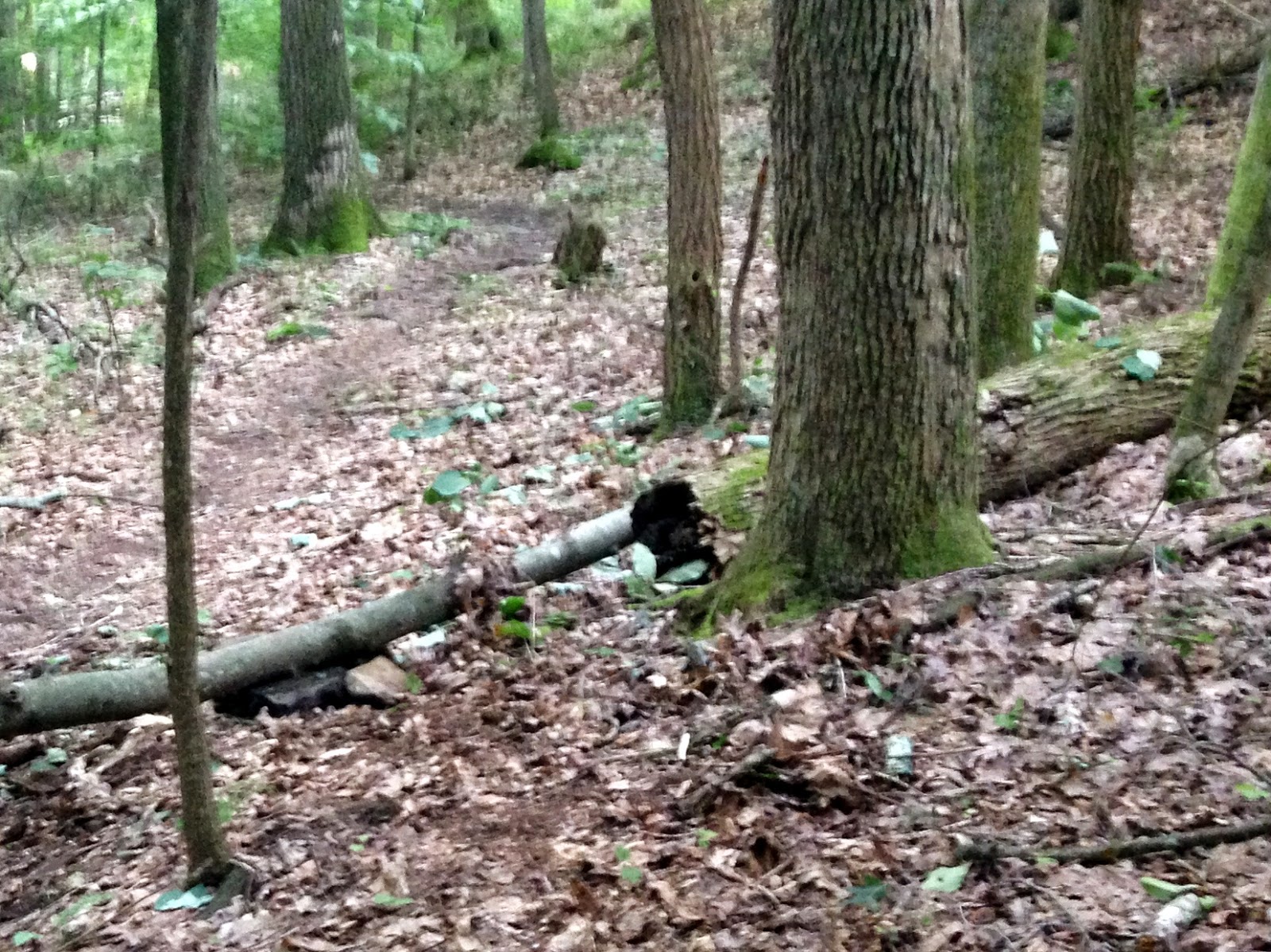 The rocks on the south side side making a ramp were pretty good but the north side was kind of crappy so I took a few minutes to fix it up.  I rode it back and forth a few times and it rolls like butter! 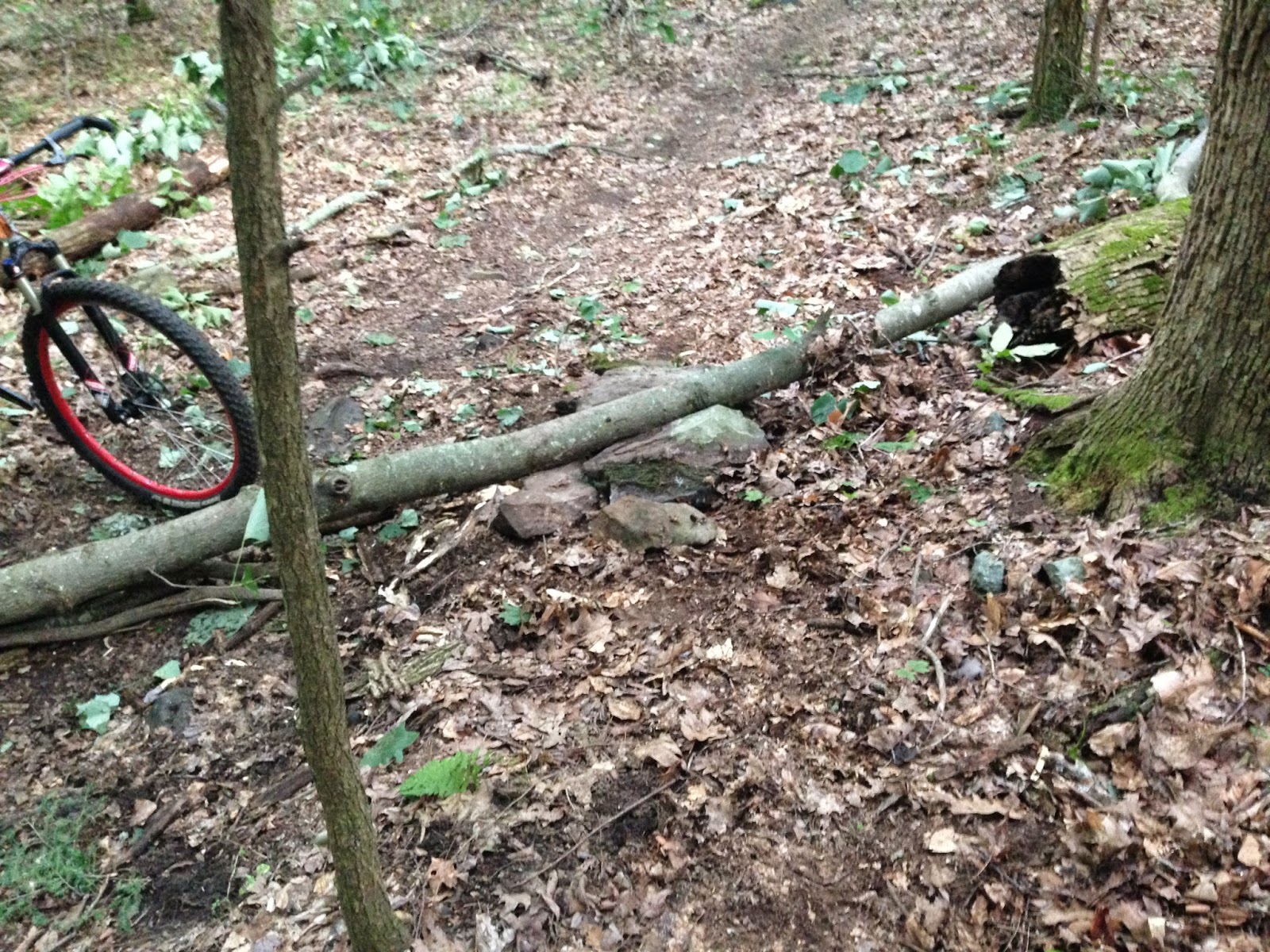 It would appear that the Unmarked and Unsanctioned Trail already has a trail braid! 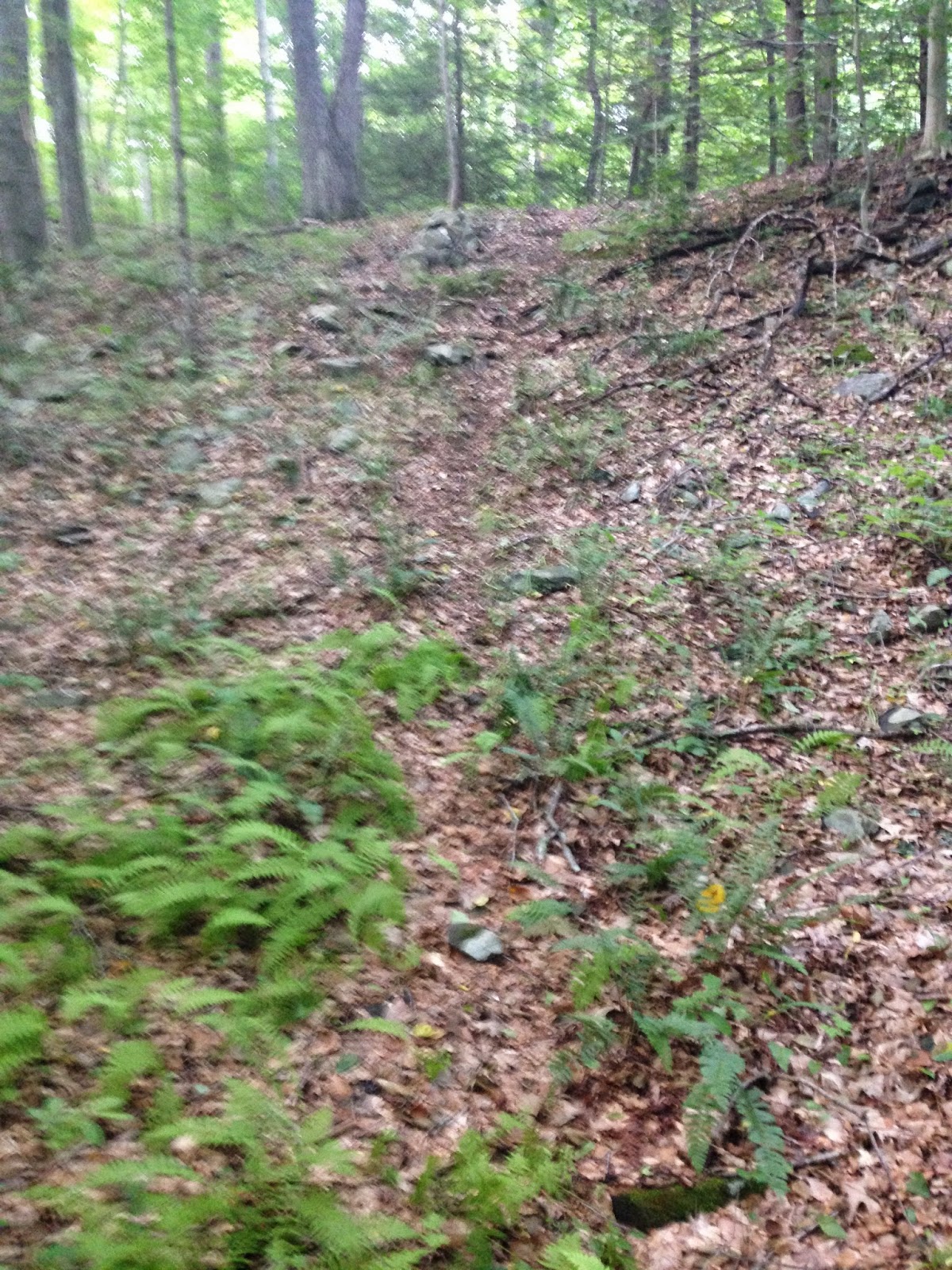 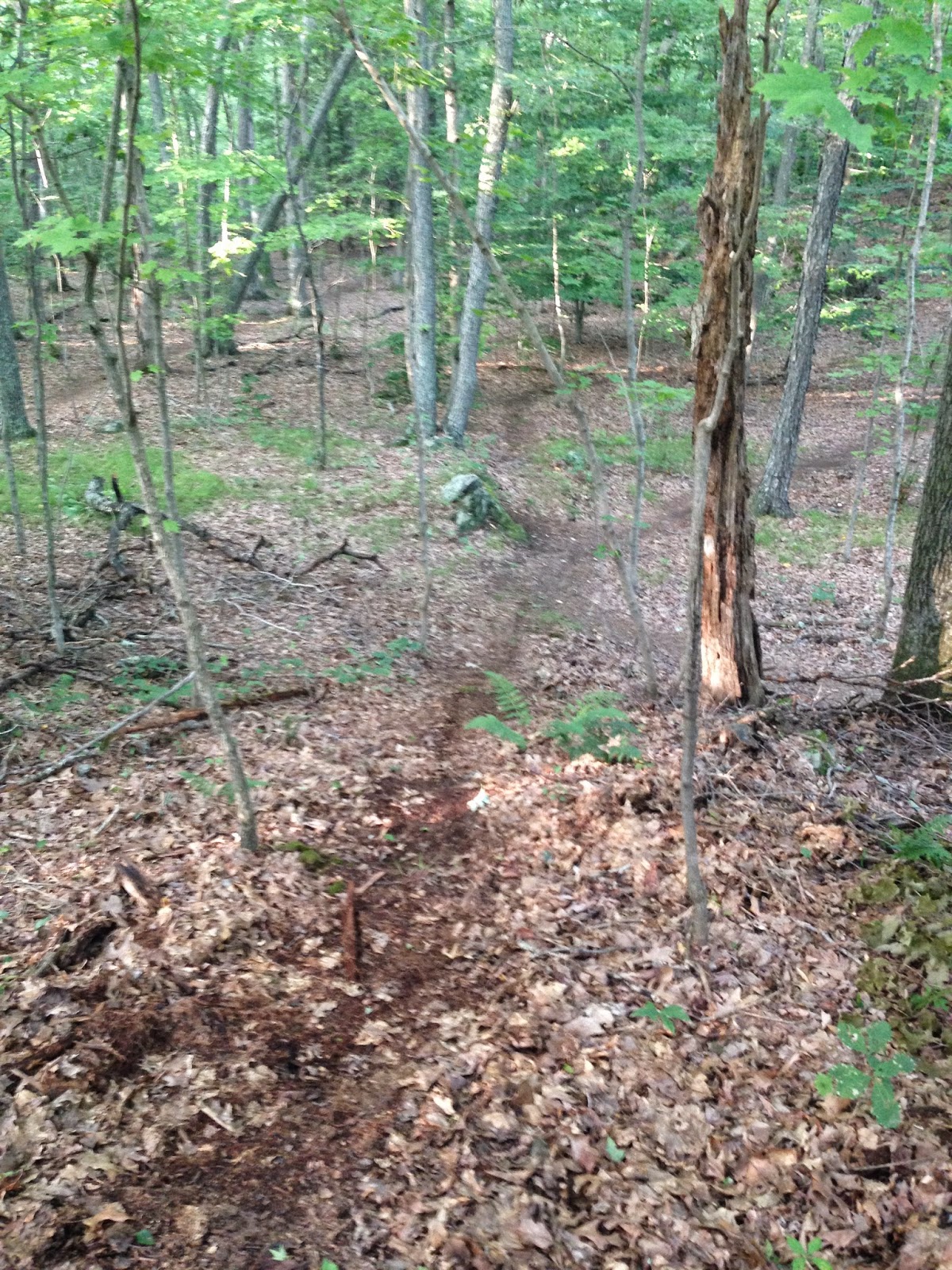 I took another look at the drop on the back side of the Brew Crew Roller and it looks like it does tie in nicely with trail.  I know I said earlier that I wasn't much for this because going into it was basically making a 90 degree turn and to me that has no flow but afterwards it does have some nice options that I need to try sometime.