For my 50th Bike Commute I rode the Cannondale to work and was planning on a big ride after work on the way home, assuming I left early enough. I had envisioned riding to Glover Street and then back on Pumpkin Hill and knocking out a good 35 miler. Due to a mechanical issue, somehow a chain link split and was causing the gears to skip, I had to limp home settle for 30 miles commute.


My original intention Friday morning was to ride in the morning on the Bianchi, swing by the bike shop and drop off the Cannondale and not commute, however, waking up Friday morning the Give-a-Shit meter was in the red, the night before I stayed up too late working on Lipstick's drive train for a Single Speed conversion that I bagged the morning ride and figured I could hop on the Cannondale after I picked it up from the shop and bang out a good ride. 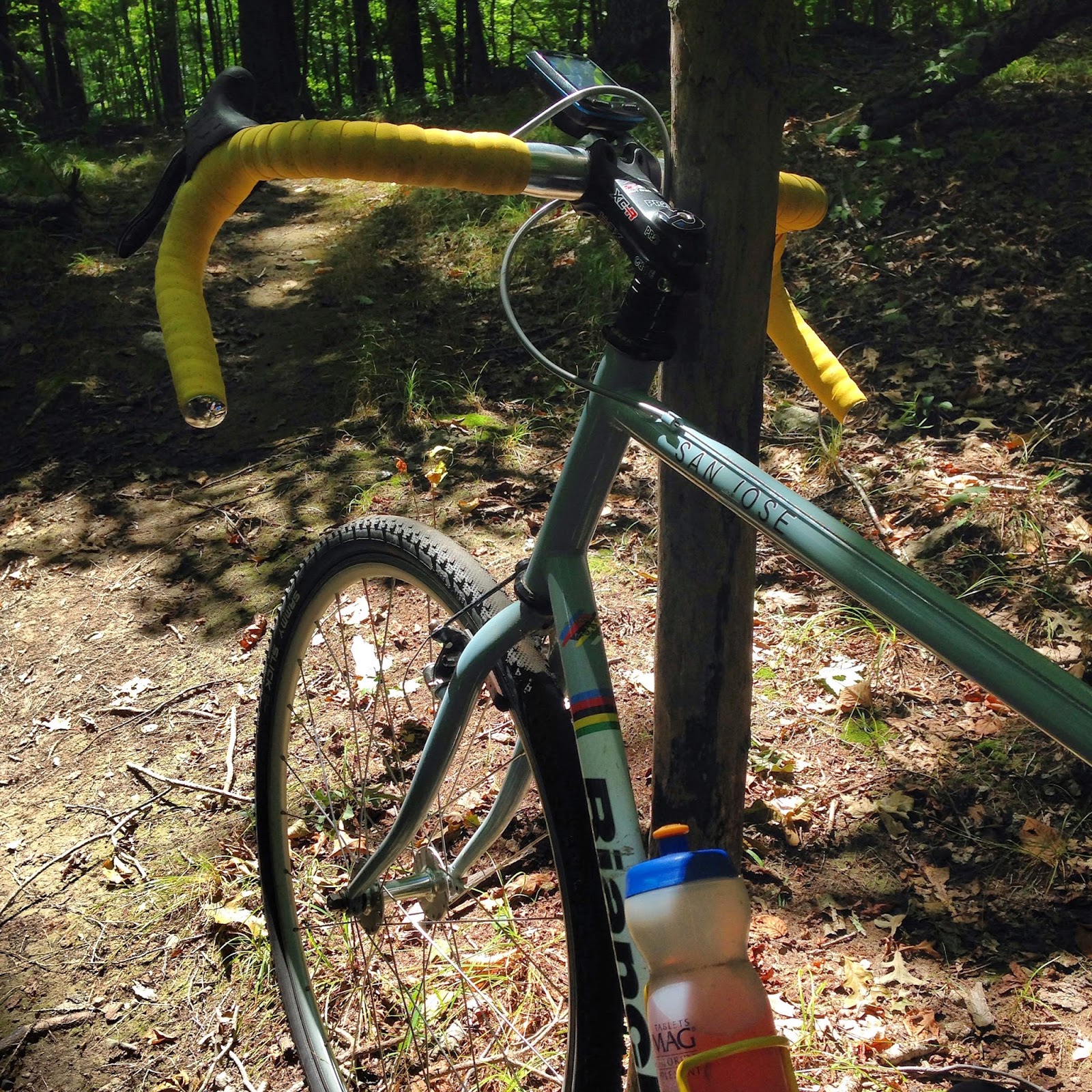 However, late in the morning my manager came into my office basically told me to take off early for the holiday weekend.  With the Cannondale in the shop I hopped on the Bianchi when I got home and went out to ride 30+ miles on the Bianchi San Jose.  What luck!  I now have all Friday afternoon to ride. After hitting some of the trails at Fairfield Hills, I popped out on Mine Hill South and caught up to George who was riding a sweet Bianchi Eros.  At first I thought he was a bike commuter with that pack on his back but he was just out for a ride a beautiful Friday.

I contemplated riding the Orchard Hill Trails but forgot to put bug repellent on and wasn't sure how bushy those trails might be so I stayed to the basic loop down to Monroe, past Guske Pond, and back up Hattertown Road and then to Boggs Hill. 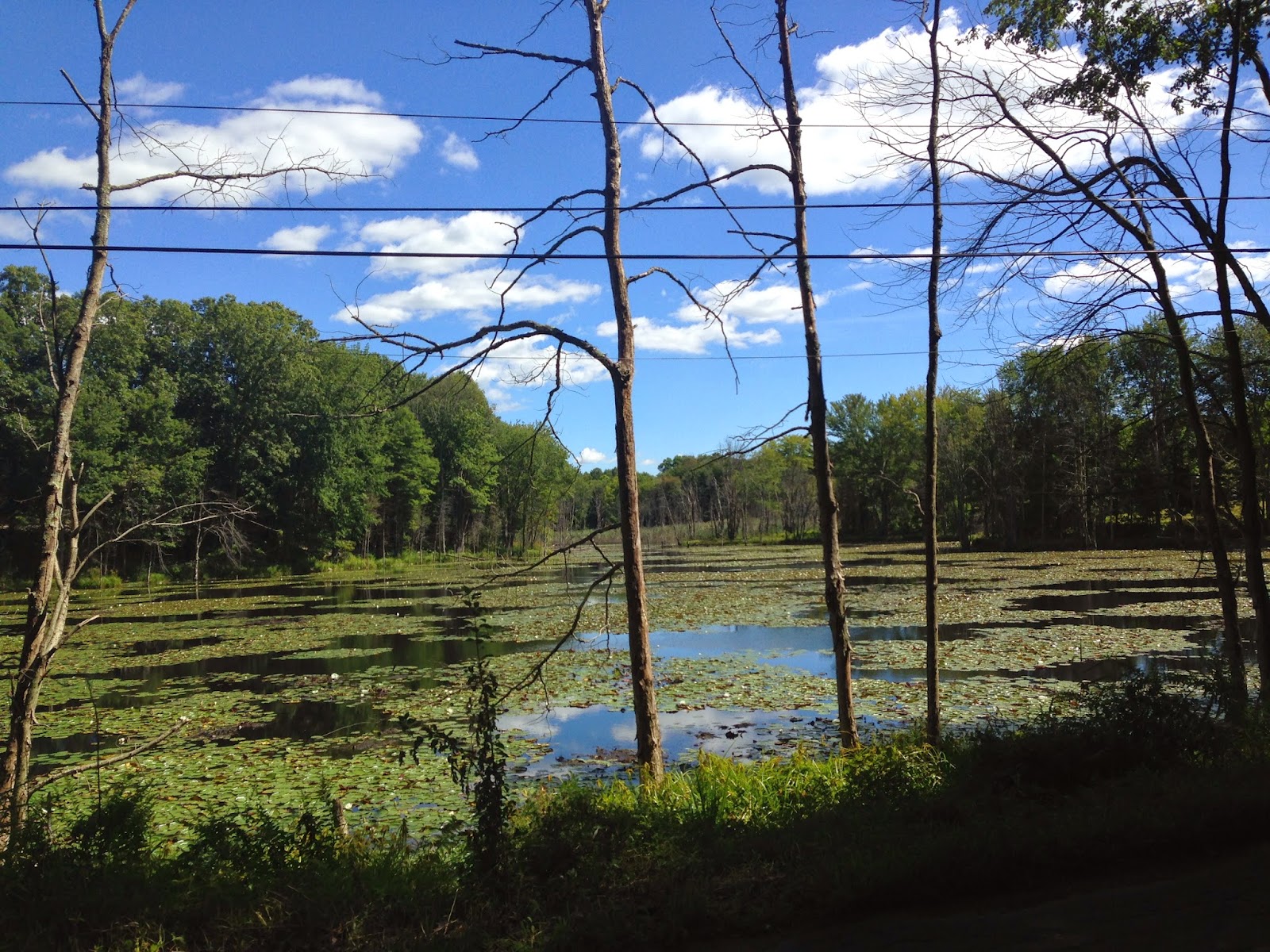 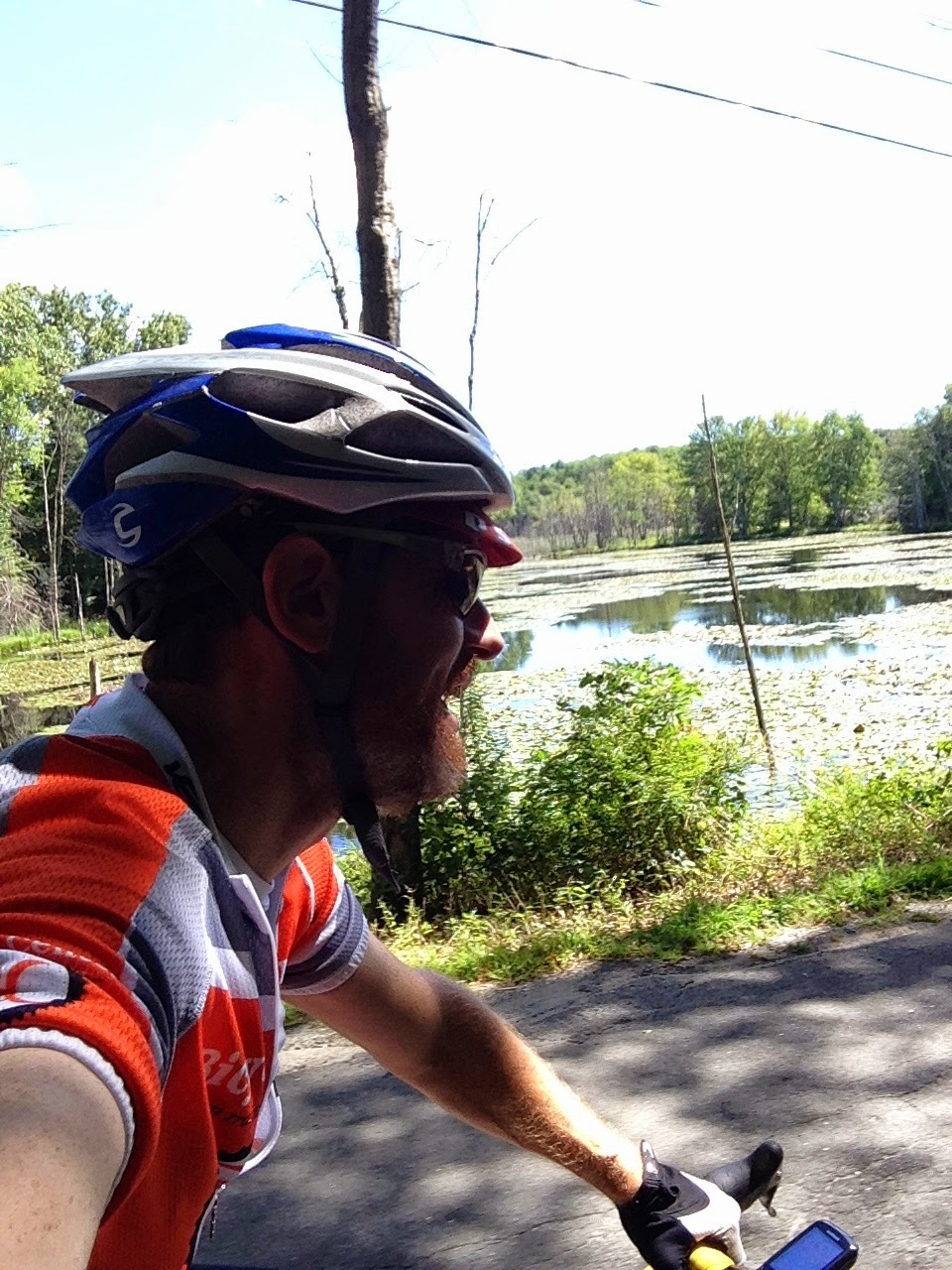 And a Guske Pond #RoadBikeSelfie


Point of Rocks Road comes off of Boggs Hill and it's dirt so I headed down it, looped around Dickenson Park and came back on Deep Brook Road, which is also dirt, and then back up Point of Rocks. 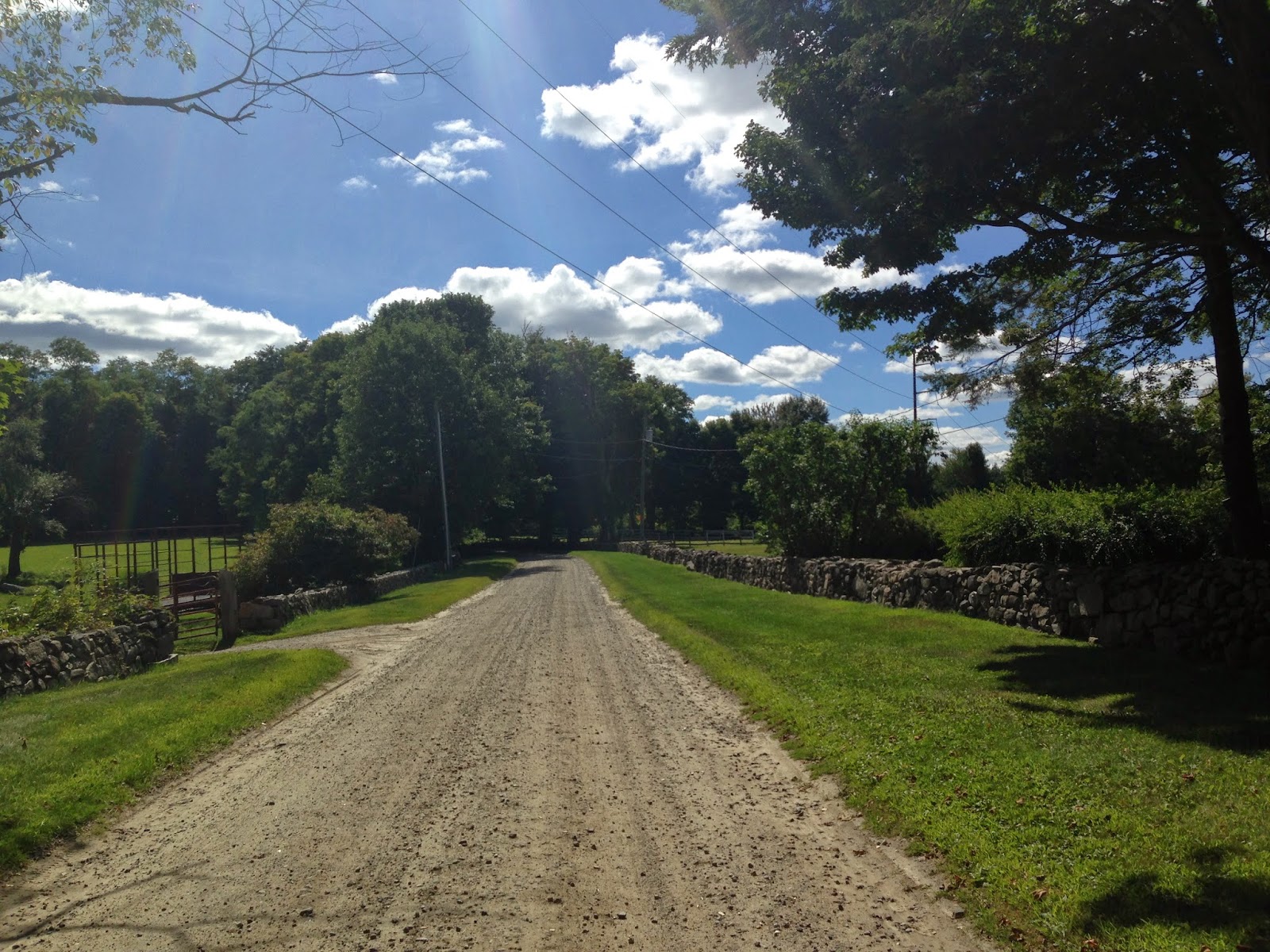 Truly a glorious day to be out on the bike and getting in some Gravle at the same time.  The route home took me on one last dirt road in Newtown, Pond Brook Road and then I was home where I got my oldest son off the bus and we raced up the hill.  He beat me because the first incline in my driveway is an 18% grade and I was starting from dead stop.
at 8:12 AM