This was it, what Will and I have been training for all year.  Originally, we were just going to ride the 115K but around a month ago Will suggested that we should go for the 160K. Initially, I was a little nervous about trying to ride that distance but knew I could hang after doing an 88 and 92 mile rides in the spring, and my 103 mile gravel grinder the week before sealed the deal! 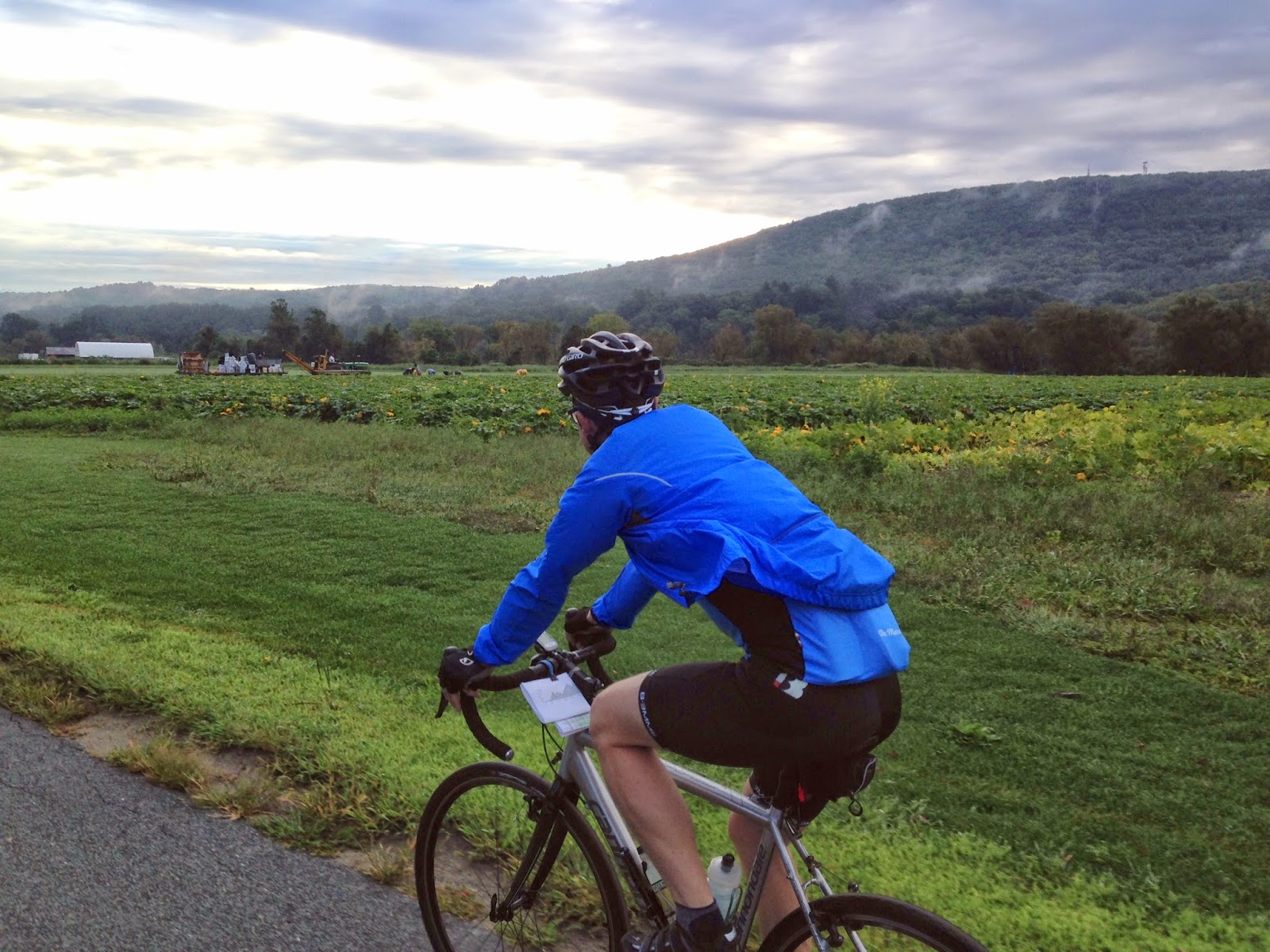 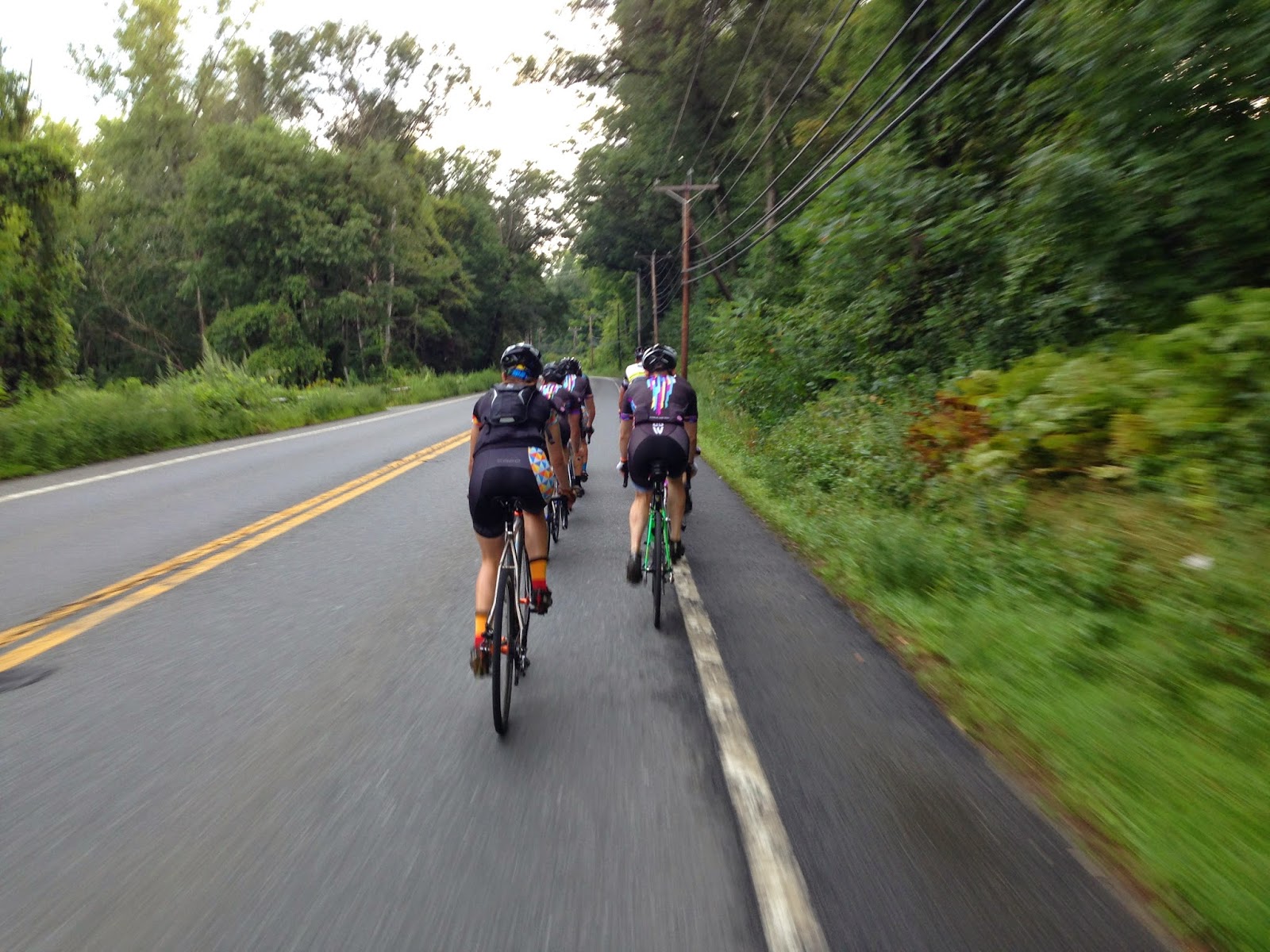 The 160K went north through Historic Deerfield and up to Greenfield, which was flat and allowed for some good speed. We got in behind the Firefly Adventure Cycling Team on Route 5 for a bit before someone in their group had a mechanical which forced them off the route.  They passed us later, of course. 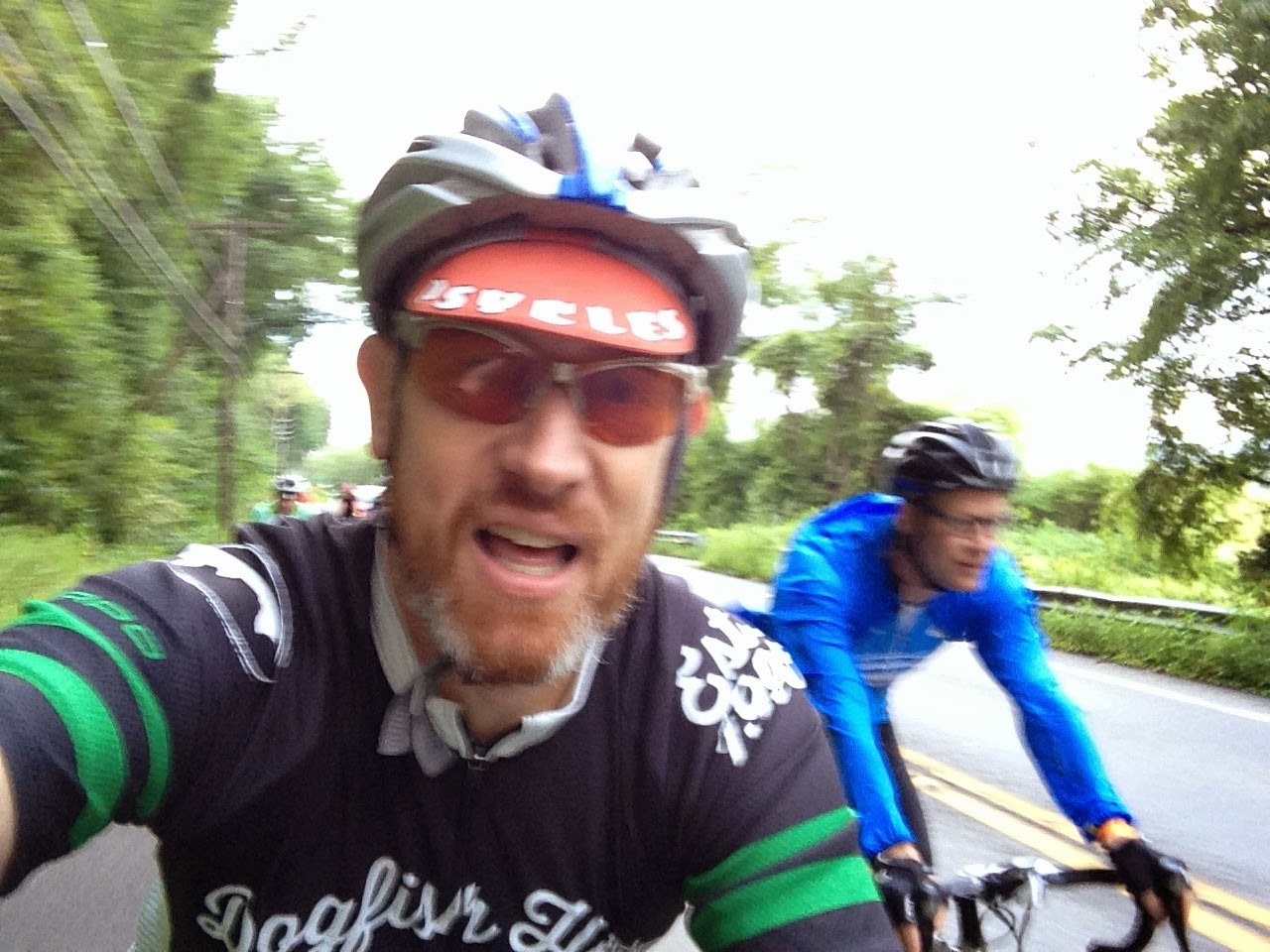 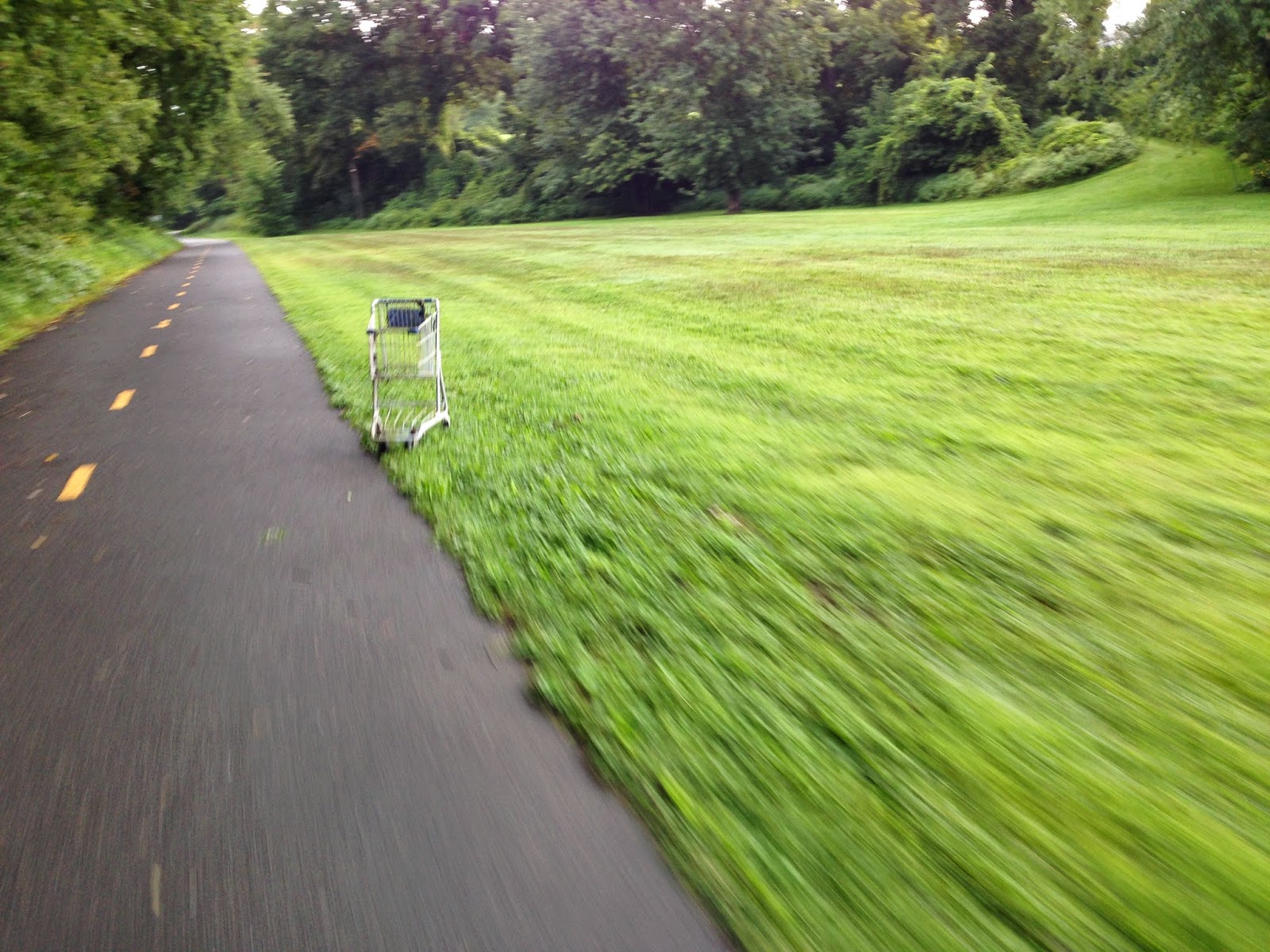 A couple of shopping carts were on the bikeway, nice! 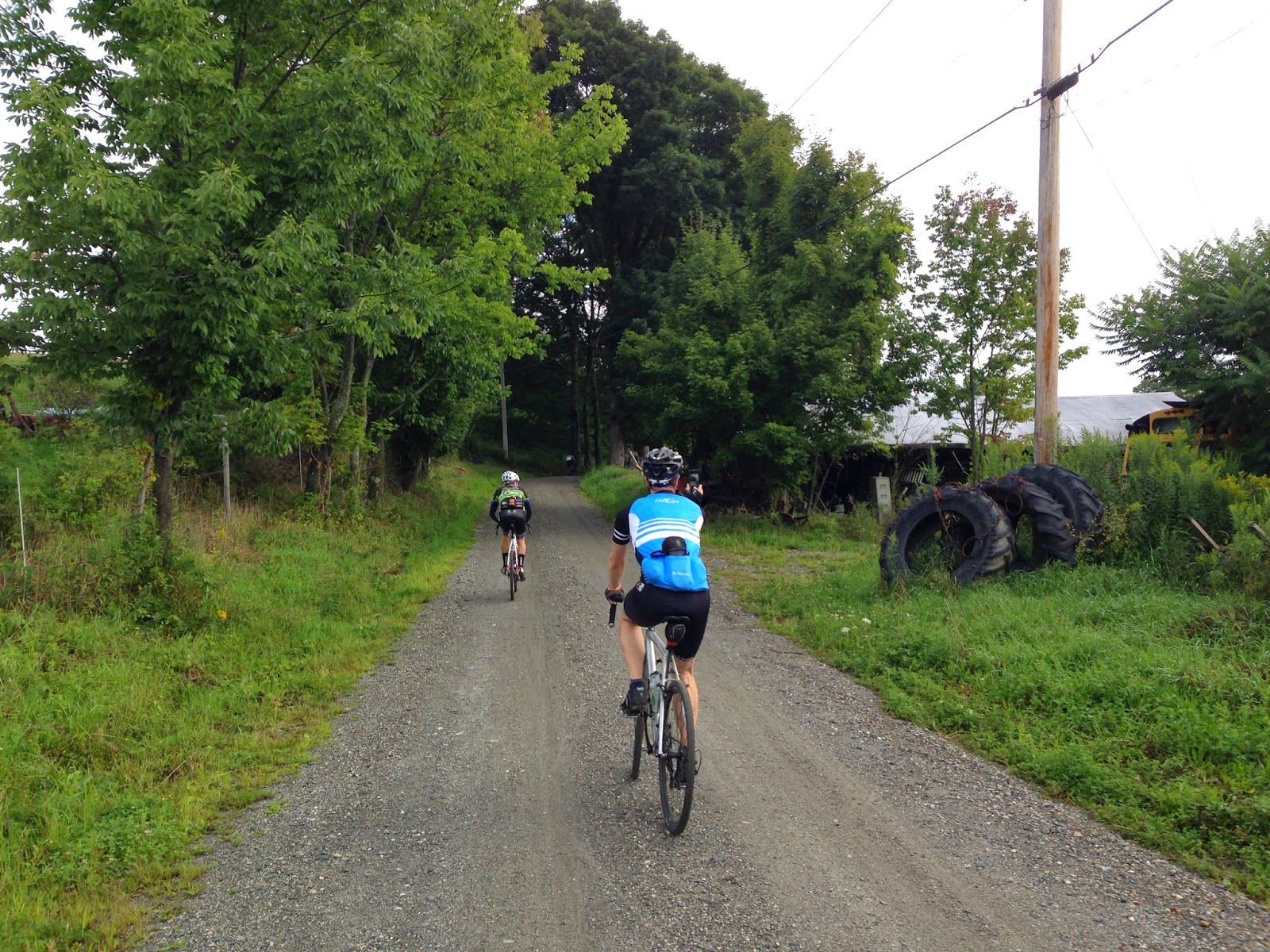 Then the fun began 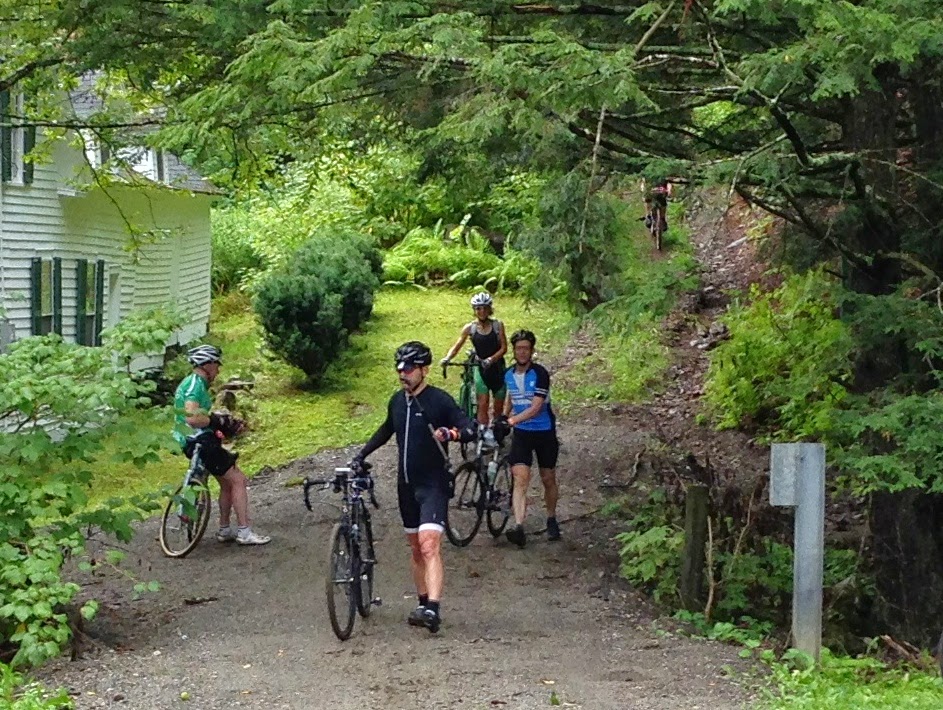 At the 16.8 mile mark on East Hill Rd the dirt road ends and becomes a mountain bike trail that had one particularly hairy descent that I rolled like I was riding my mountain bike.  Many people walked it and I don't blame them. 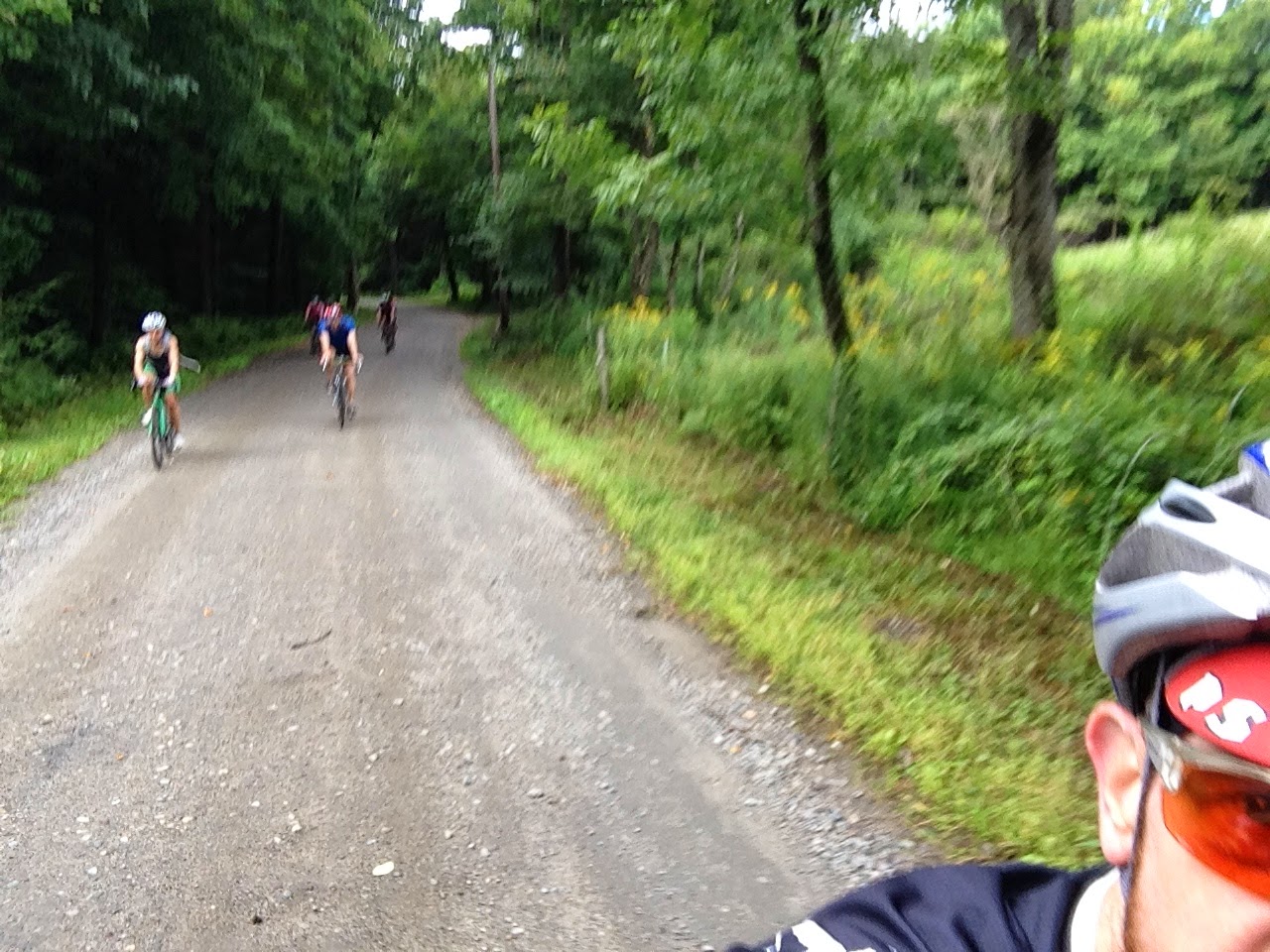 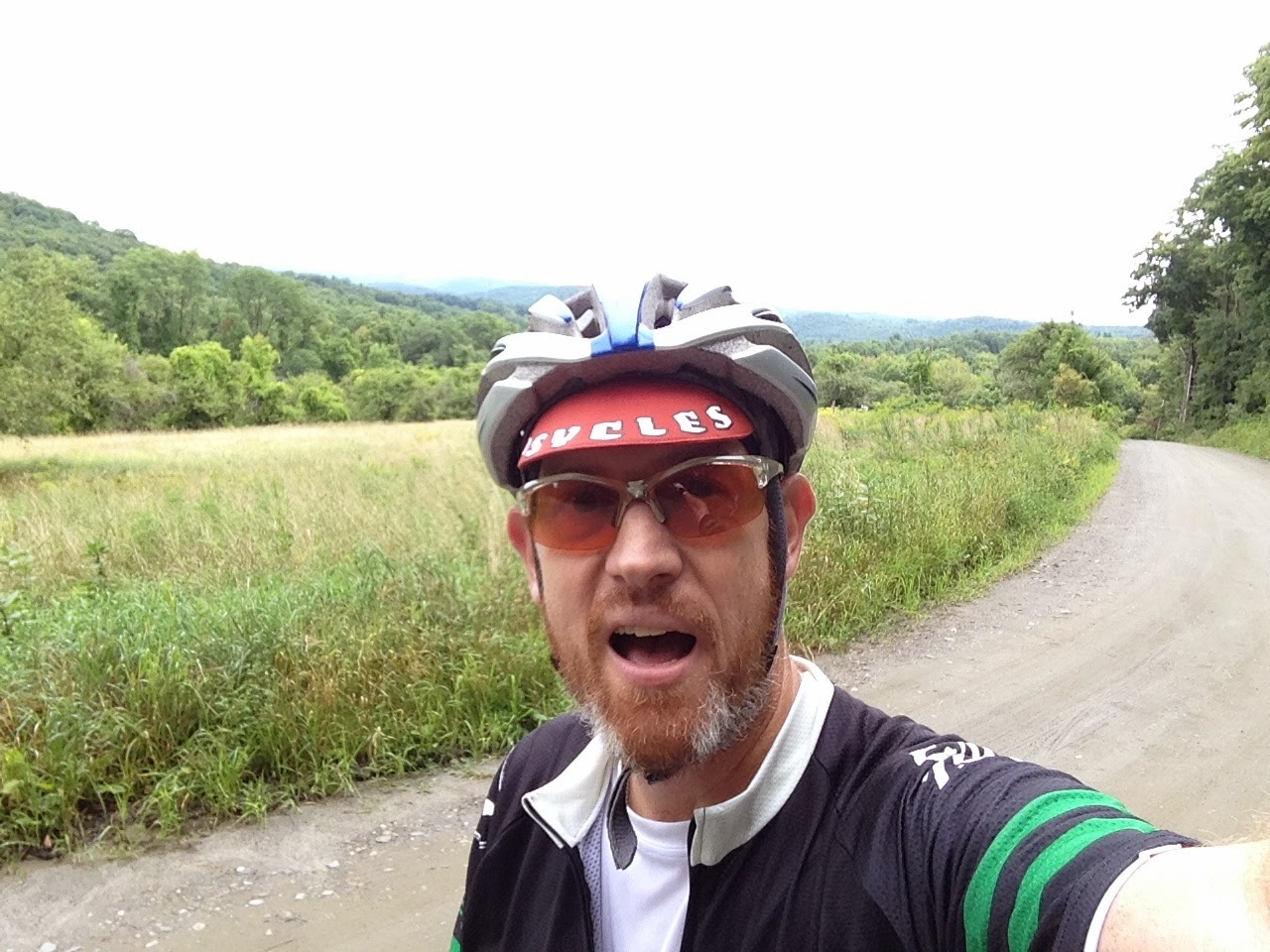 Since the 160K course was really 94 miles and I wanted to make this year's D2R2 ride a Century I suggested that we ride the option loop from last year's 100K ride.  Only, the mistake I made was not programming it into the Garmin.  I had the map of the course blown up but I missed an important turn and we ended up in Brattleboro!  Oops.  When I realized the mistake I whipped out my iPhone and went to the map I created on the Google Maps Engine and that enabled us navigate back to the course and to the first rest stop where we met up with Dan. 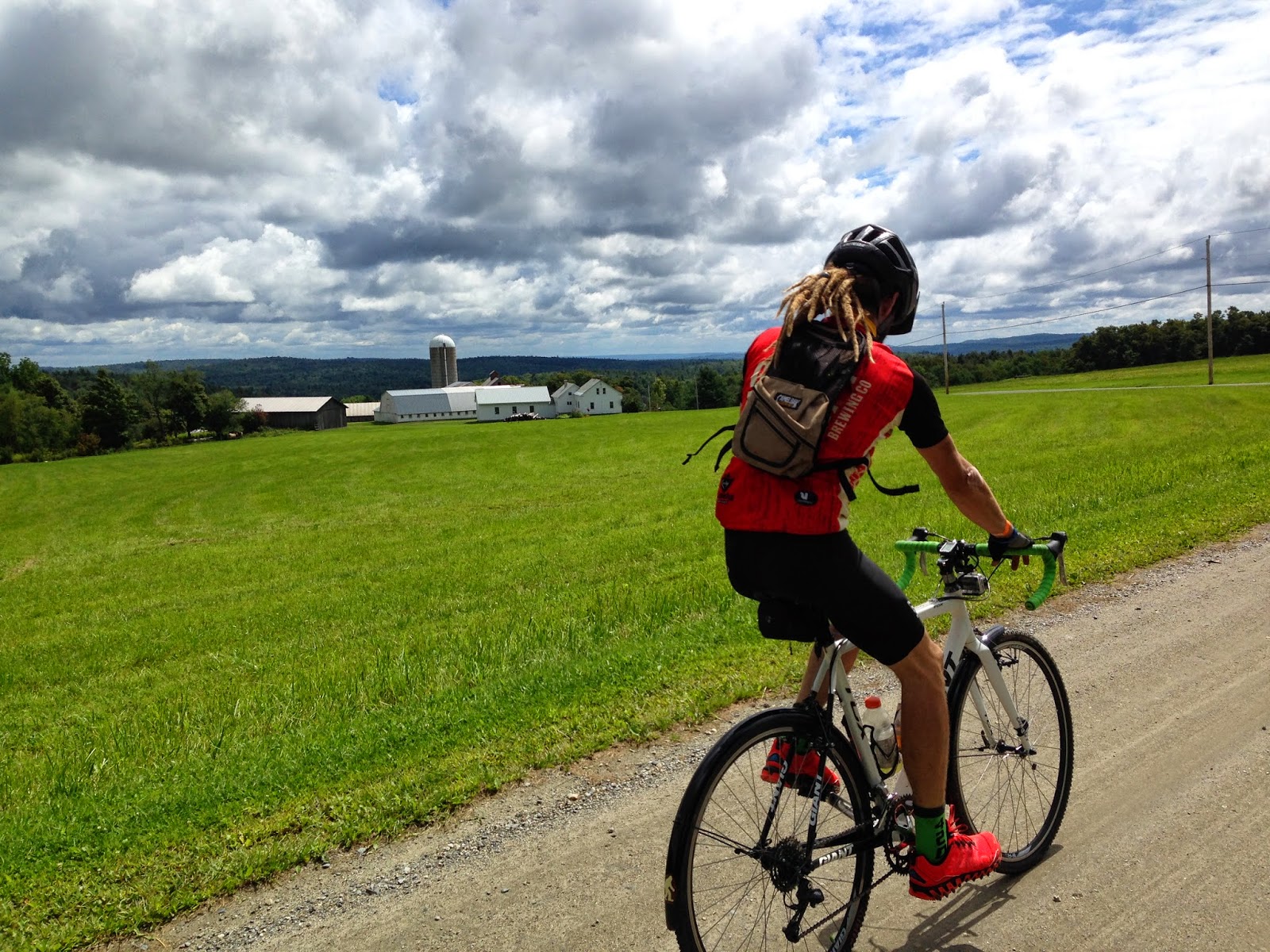 We were planning on riding with Dan, whom I rode with last weekend on a self supported Century Gravel Grinder, but as we were getting ready at the cars Dan headed off in the other direction.  So I texted him and told him he was going to the wrong direction.  I figured by the time he caught up to us Will and I would have completed our Extra Credit loop and not 5 minutes after we got there, Dan rolled in! 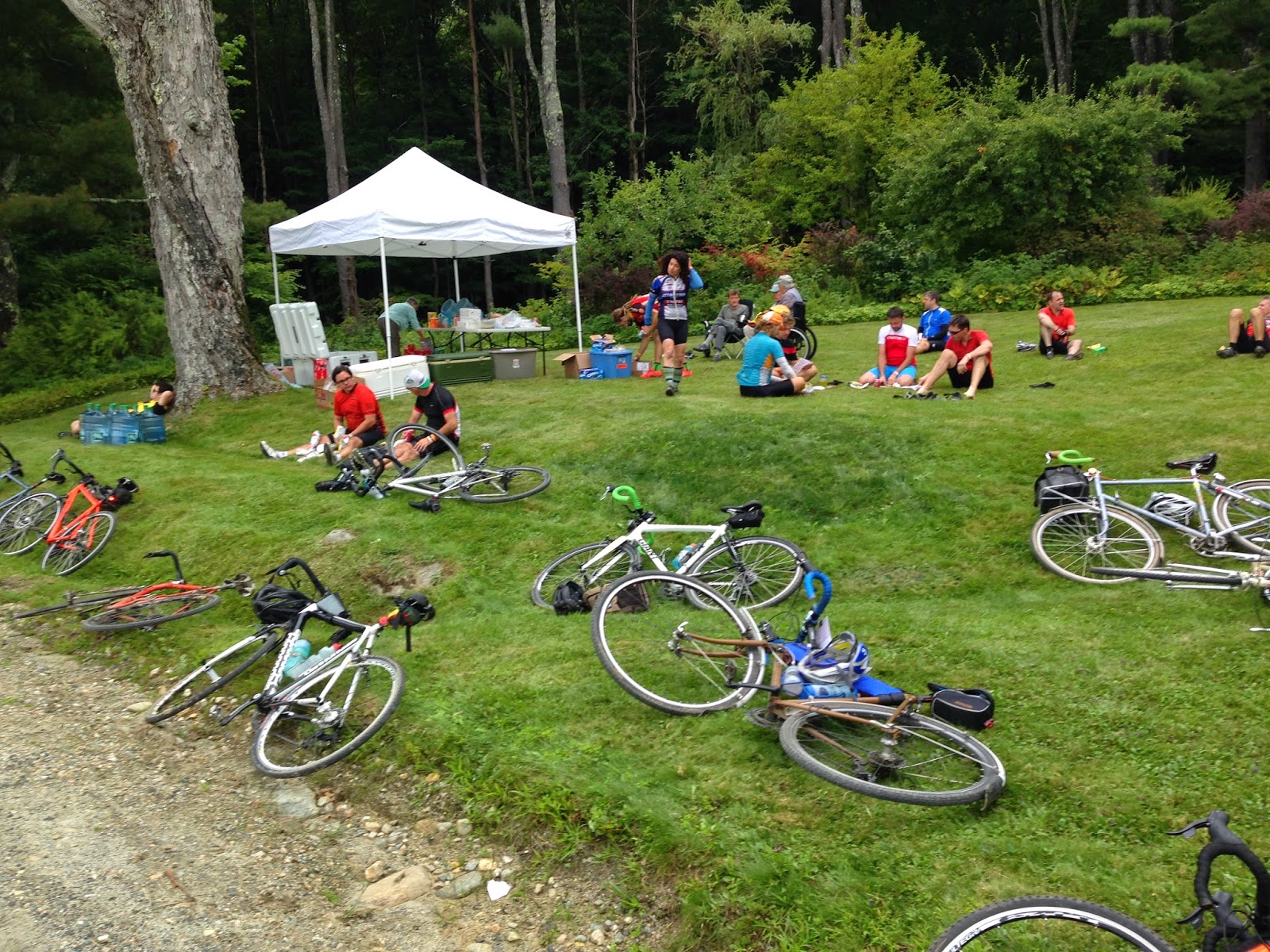 About 15 miles from the Lunch Stop in Charlemont, MA, we stopped for a break to fuel up.  Dan shared with us some beef jerky he brought with him and OMG, that was the best tasting thing I had a had after breakfast and 65 miles of riding!  I will never ride long distance without bringing beef jerky!  At the lunch stop I had the pasta salad and drank pickle juice because all the pickles were gone.  Still that juice, like the Beef Jerky, was another god send! 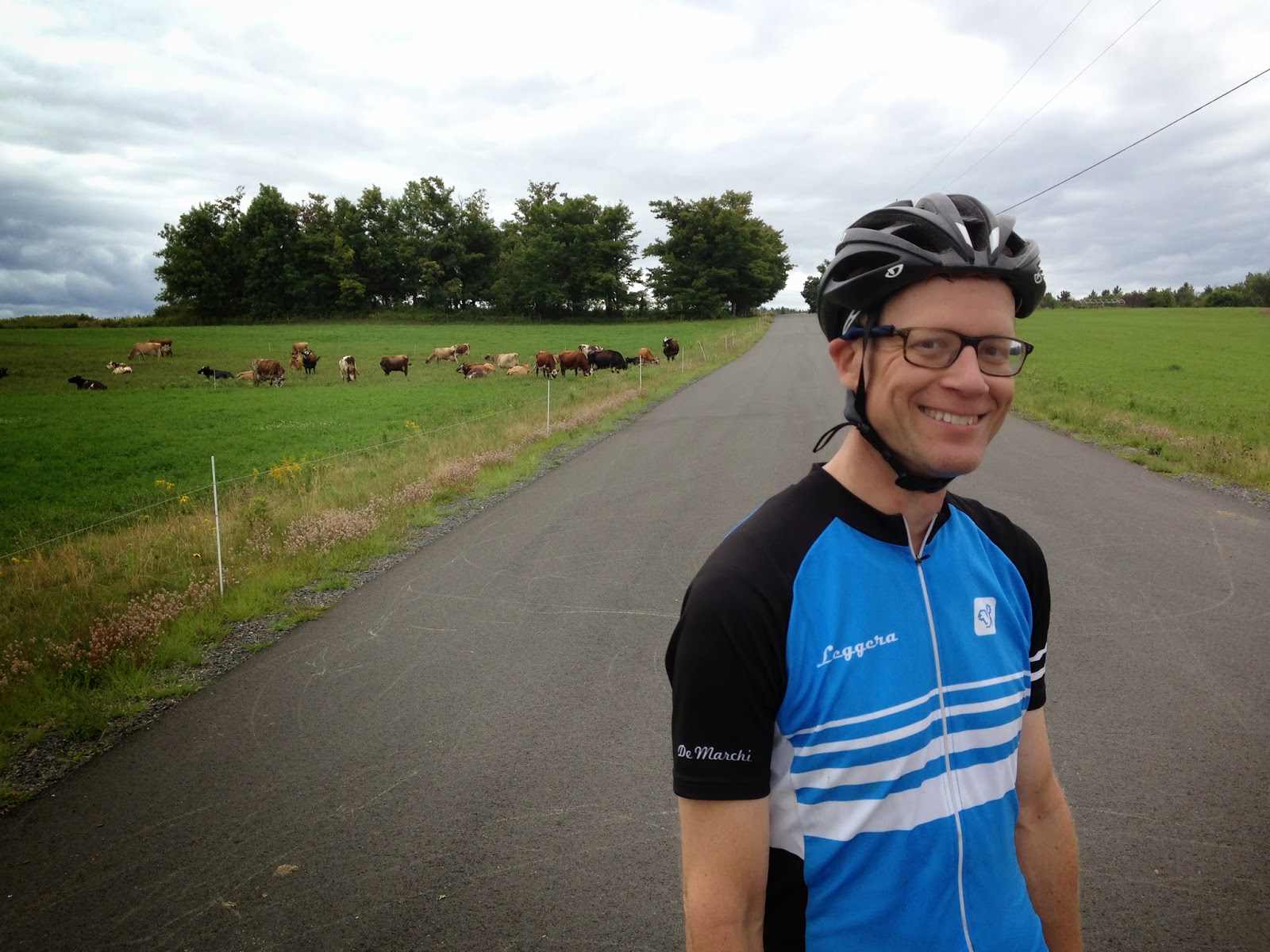 There were few climbs on this route that were simply insane.  The first one at the 20 mile mark is called "The Wall" which was really just a nasty single track climb which I made without stopping but the most memorable climb was E Road behind the Berkshire East Ski Area.  For one mile, it just kept going up and up!  Will hammered that climb while Dan and I made, too. 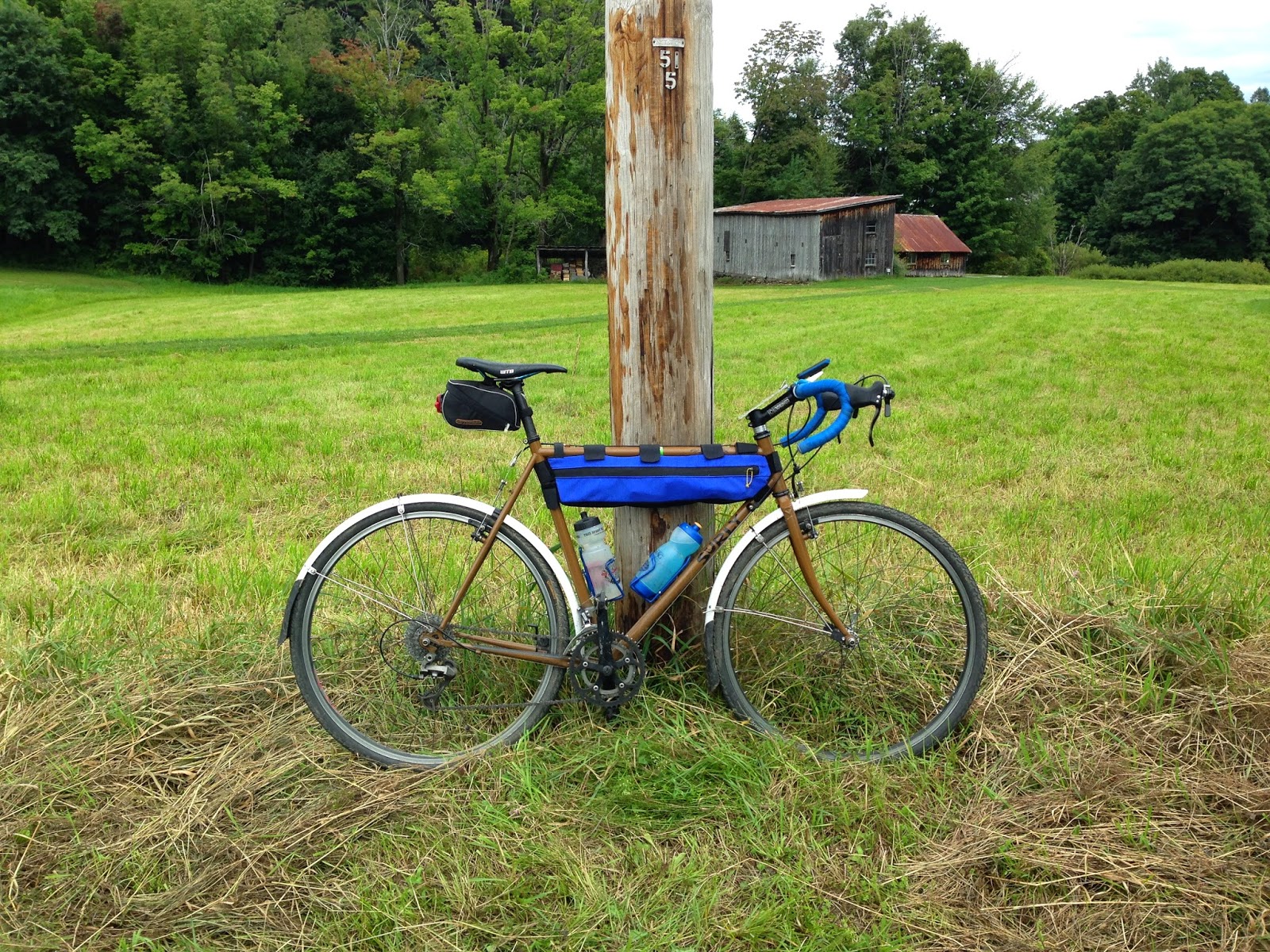 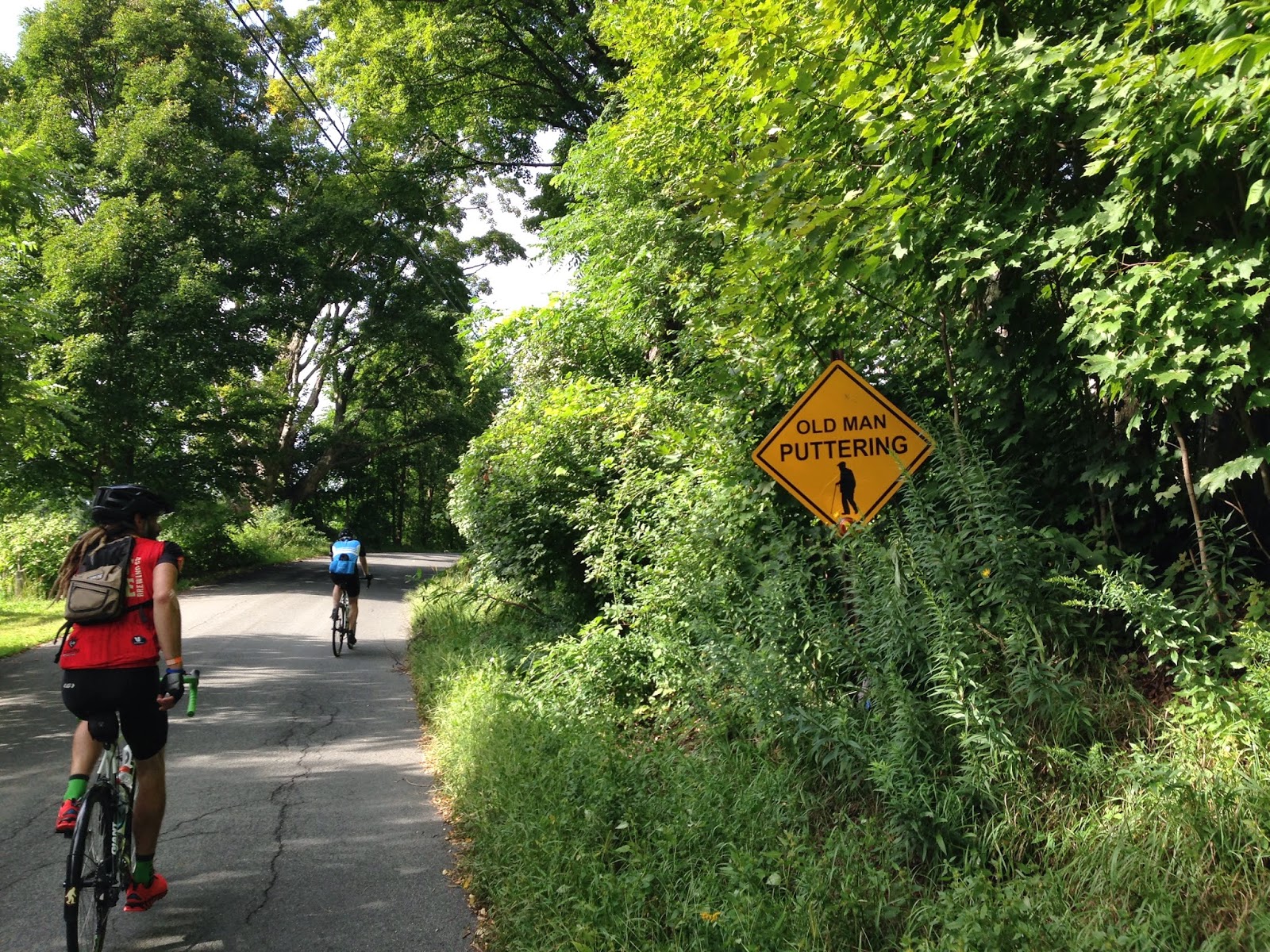 One of the last climbs and I felt like I was puttering! 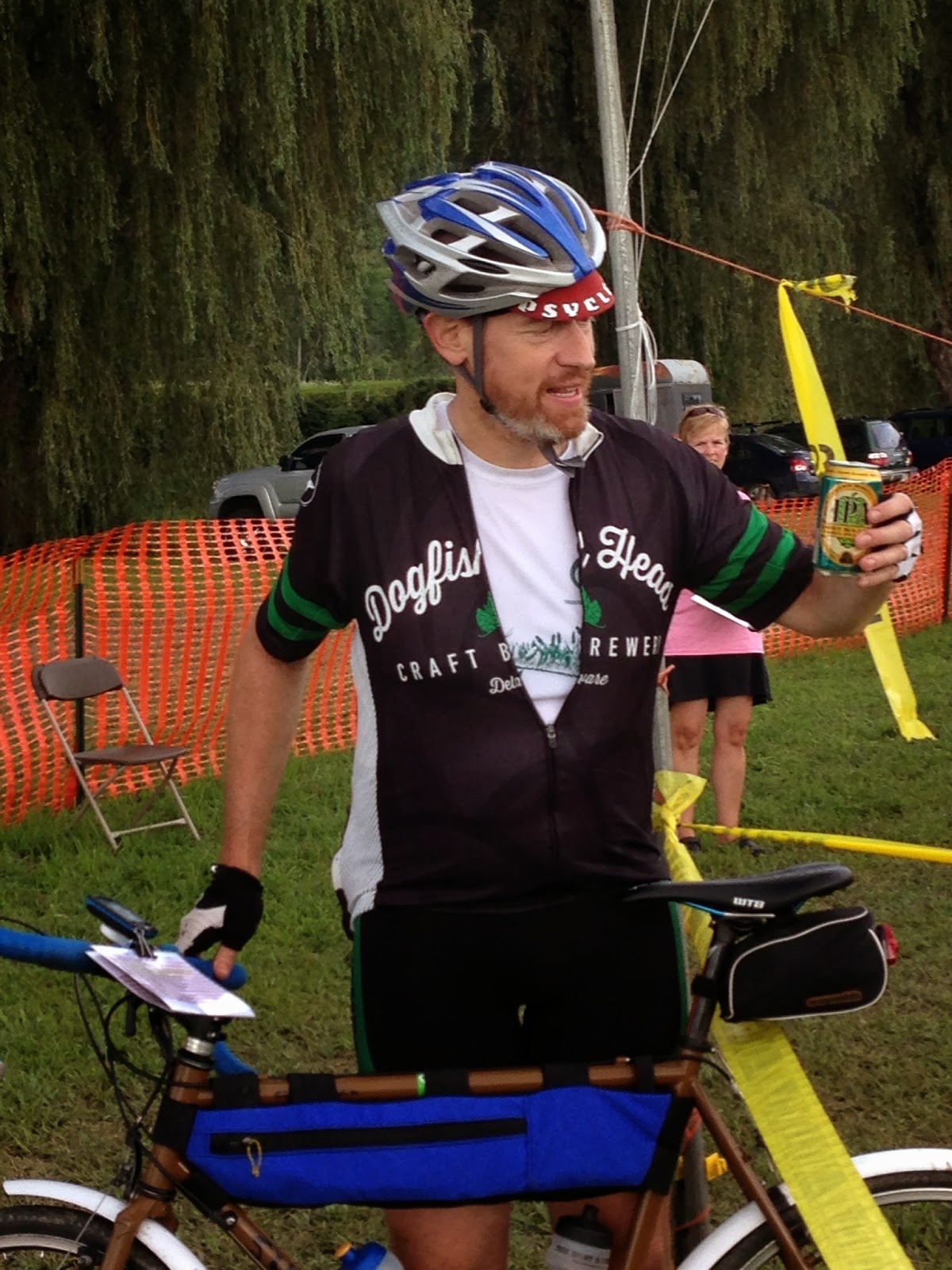 I rode the entire 107 miles with this can of Berkshire Brewing Company (BBC) can of Lost Sailor IPA in my trunk bag with the sole purpose of opening it at the finish line.  It was still a little chilled and didn't foam up that much, either. 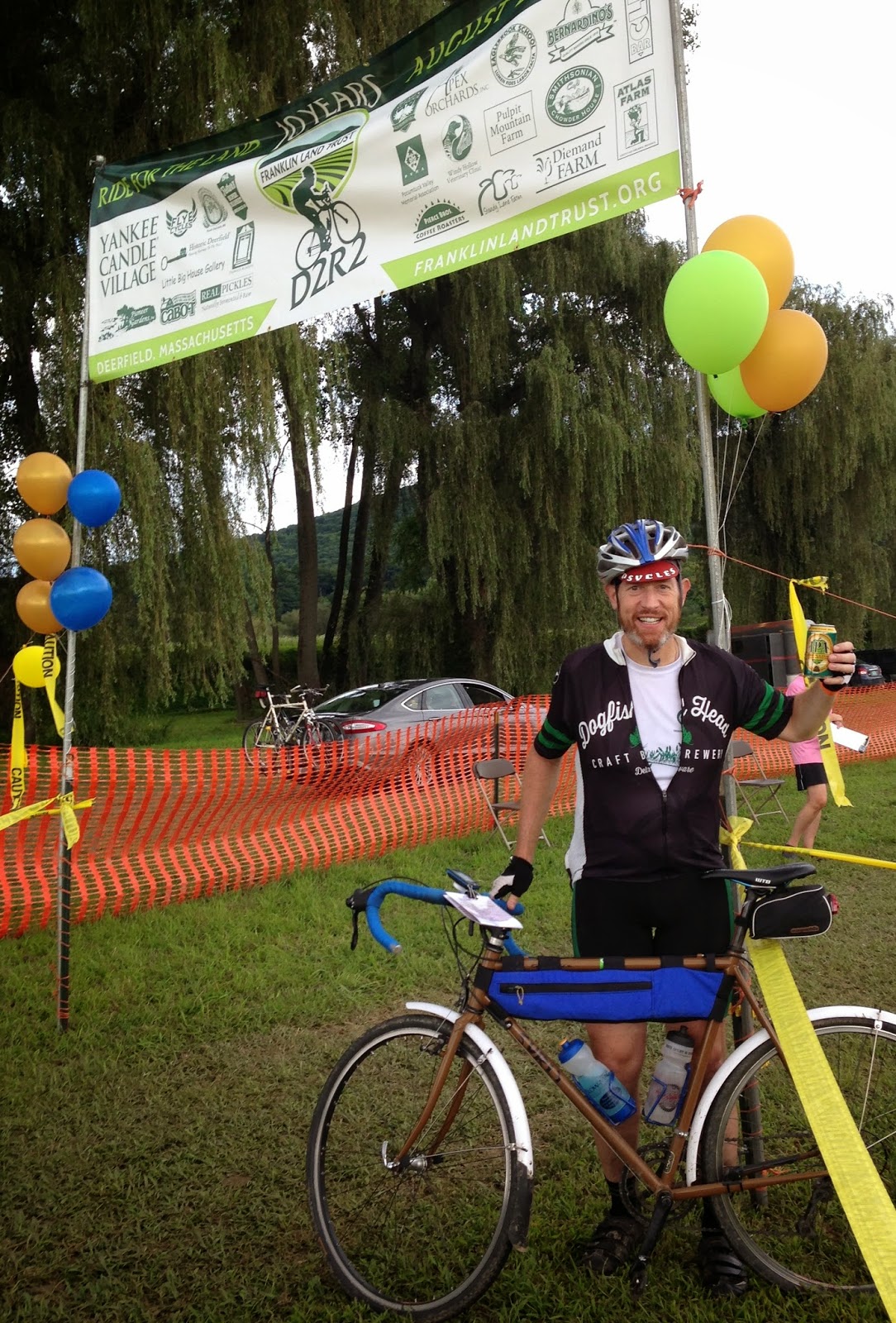 My #CanMe picture for +BerkshireBrewingCompany 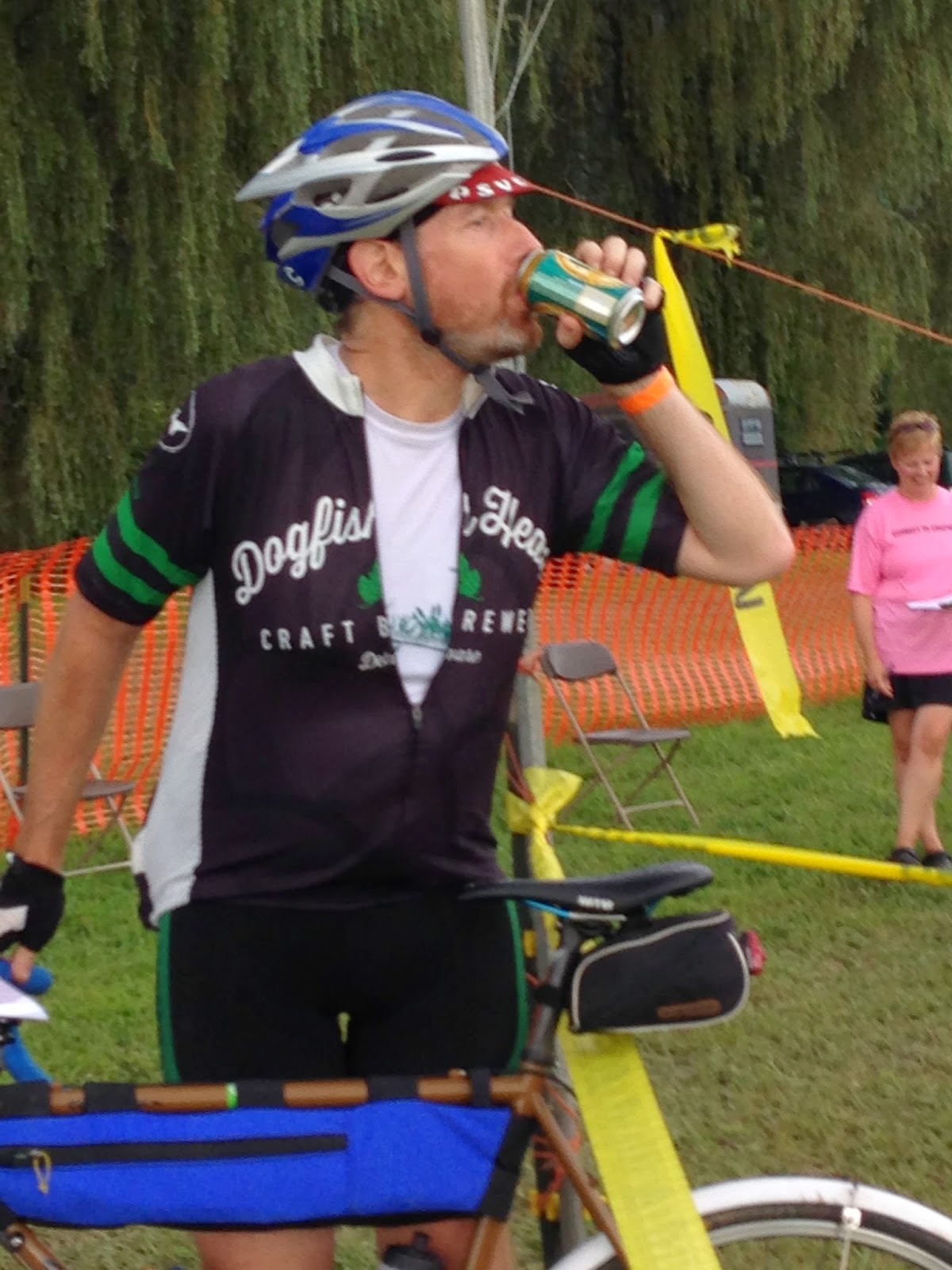 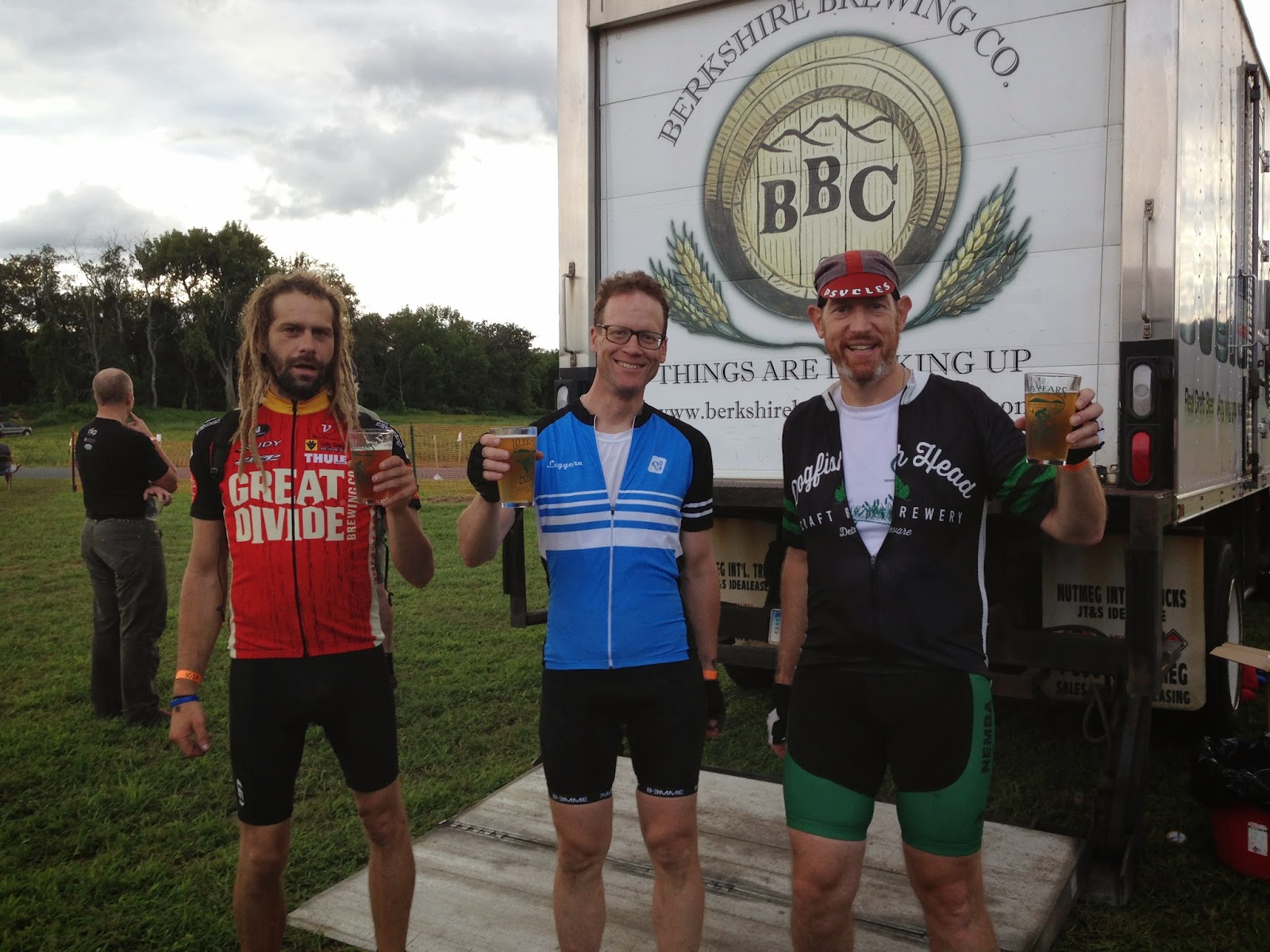 Dan (l), Will (center) and your's truly with our BBC's behind their beer truck!  That was the best tasting beer in the world!  A job well done boys!