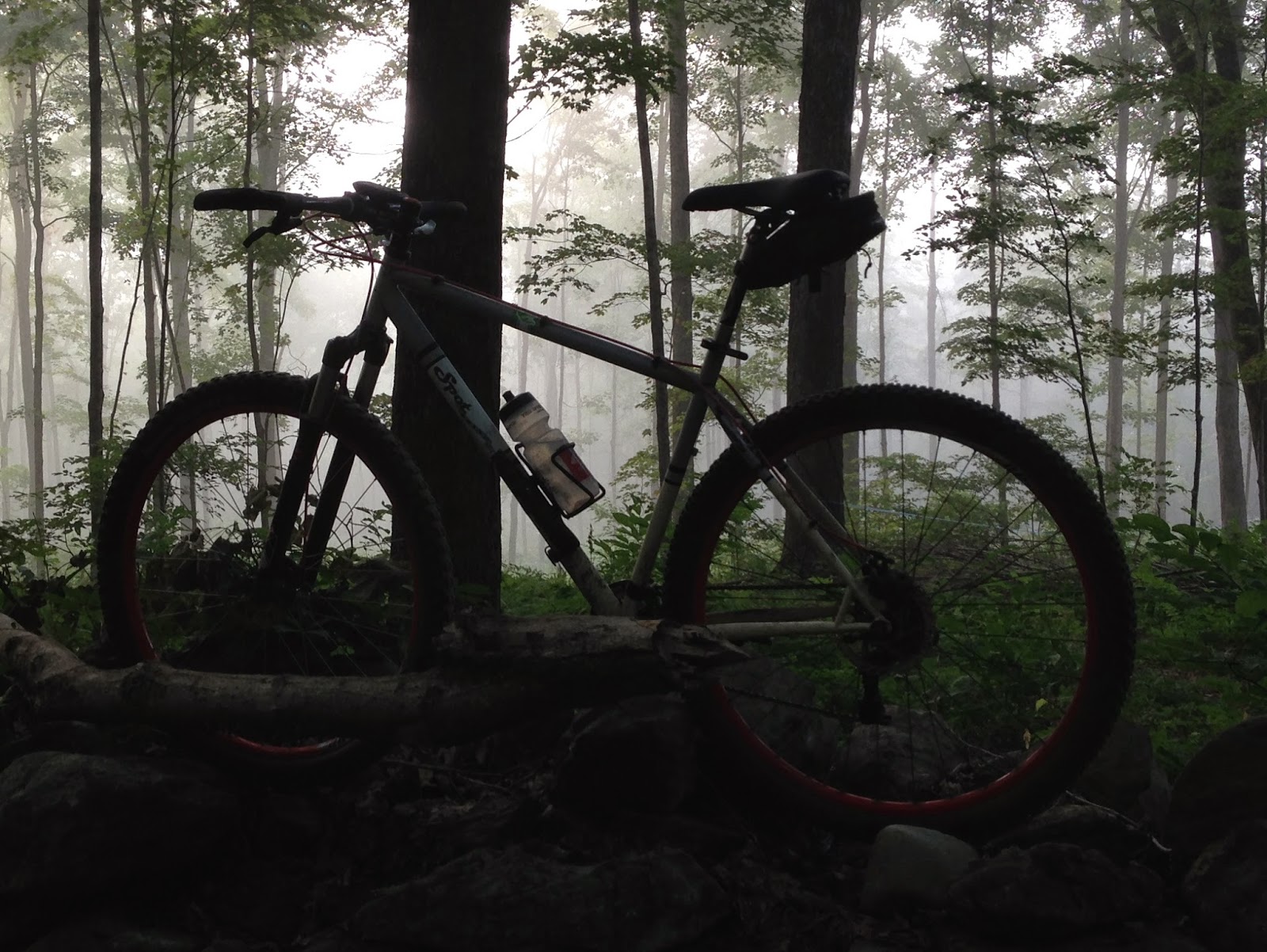 While I still have a mountain bike I only ride it occasionally and mostly at Upper Paugussett State Forest.  Some will say that I have gone over to the Dark Side but in reality I would say it's more like the Light Side. I was never able to drop the weight mountain biking that I have since I have started riding roads.  I think it's due to the fact that when you are on the road you are riding at tempos where you burn fat but mountain biking is more bursting and less constant motion.  The funny thing is last year I commuted just as much but even that didn't help.  It's definitely from riding longer distances and more steadier pacing that has gotten me to where I am today, 20 lbs lighter!
With Waldo so close I have been meaning to get over there but just haven't found the opportunity.  As for elsewhere, that's even tougher now, but even if my rides at Upper P seem to be turning into the Second Sled Dog View, it's good to check out what's going on at the trails and make sure there are no unwanted shenanigans taking place. 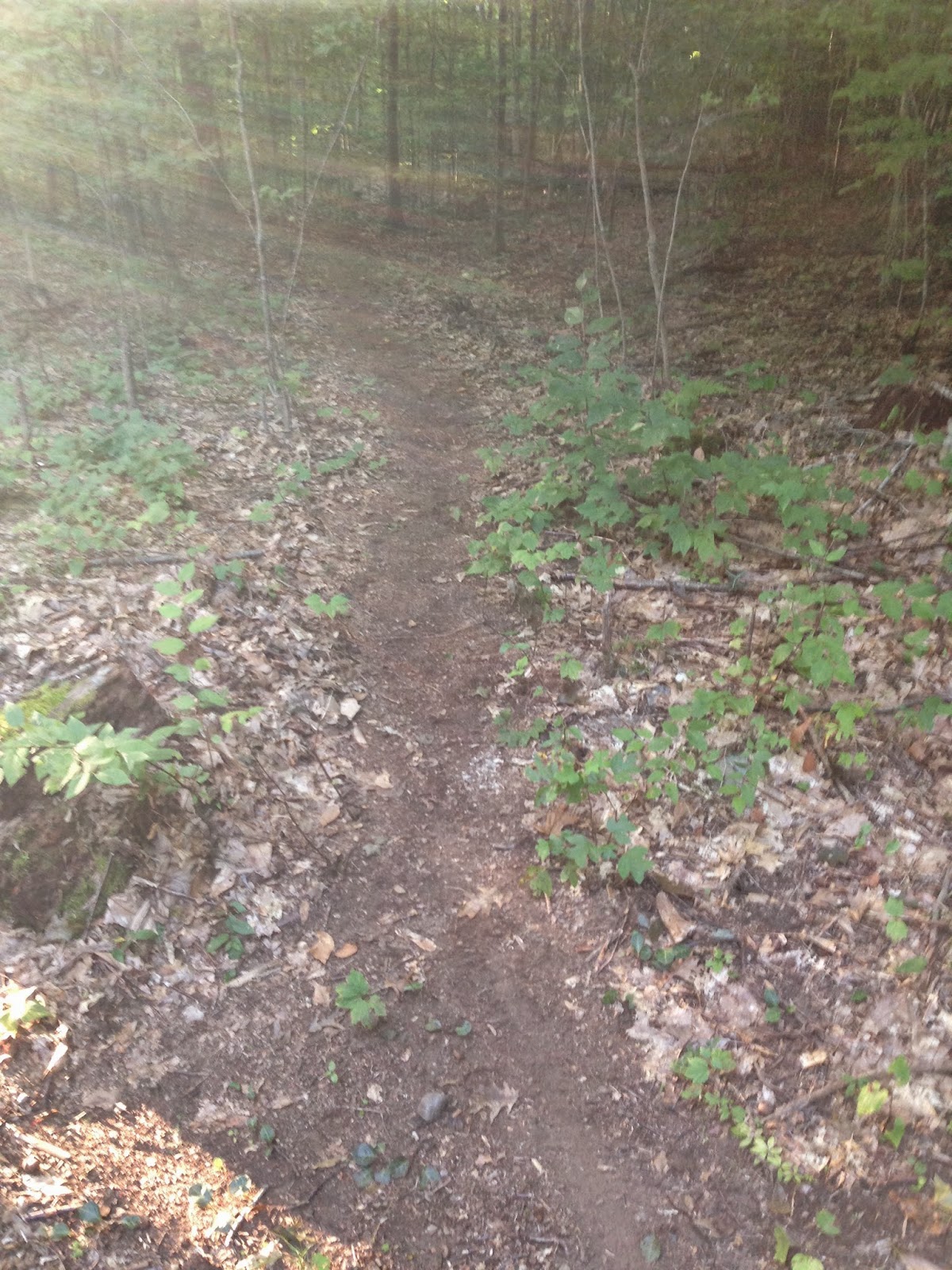 The Unmarked and Unsanctioned Trail looks like it's getting a lot of rider attention now, which is good because the trail will settle in.  I find it difficult to ride in the sense that when I am out for a quickie, it doesn't fit in with the time that I usually have.  Next time I am out with a little more time on my hands I will give it another shot. 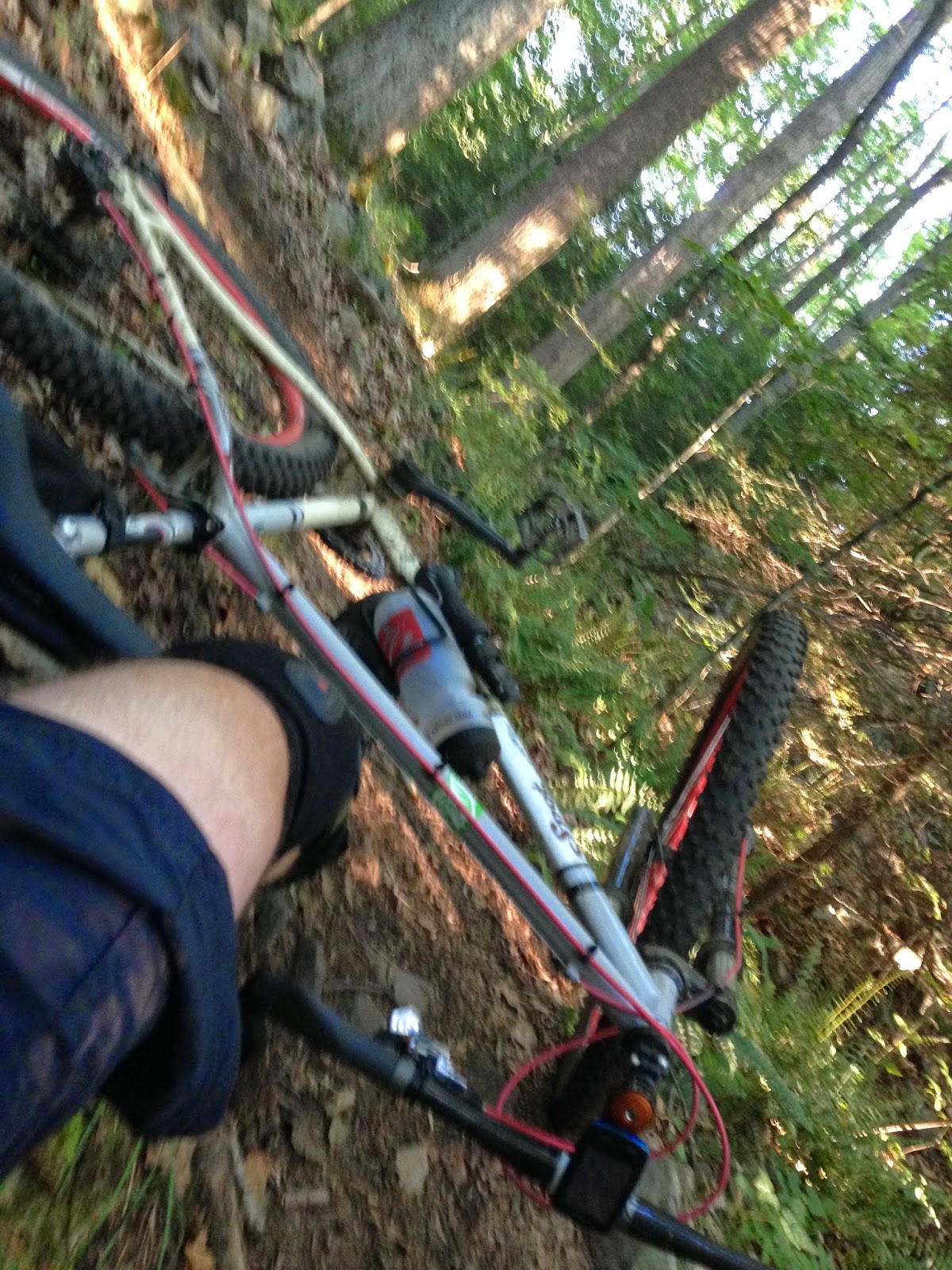 I was halfway down the Gussy, just slowly coasting into the double stream crossing when I hit a rock on the side of the trail and was positioned with a little too much weight forward that I went OTB.  I rolled through it and come out with a little scrape on the leg and maybe a little hamstring strain.  Good thing I was wearing guards or I would have been a little more scraped up.  Kind of a wake call to be more attentive. 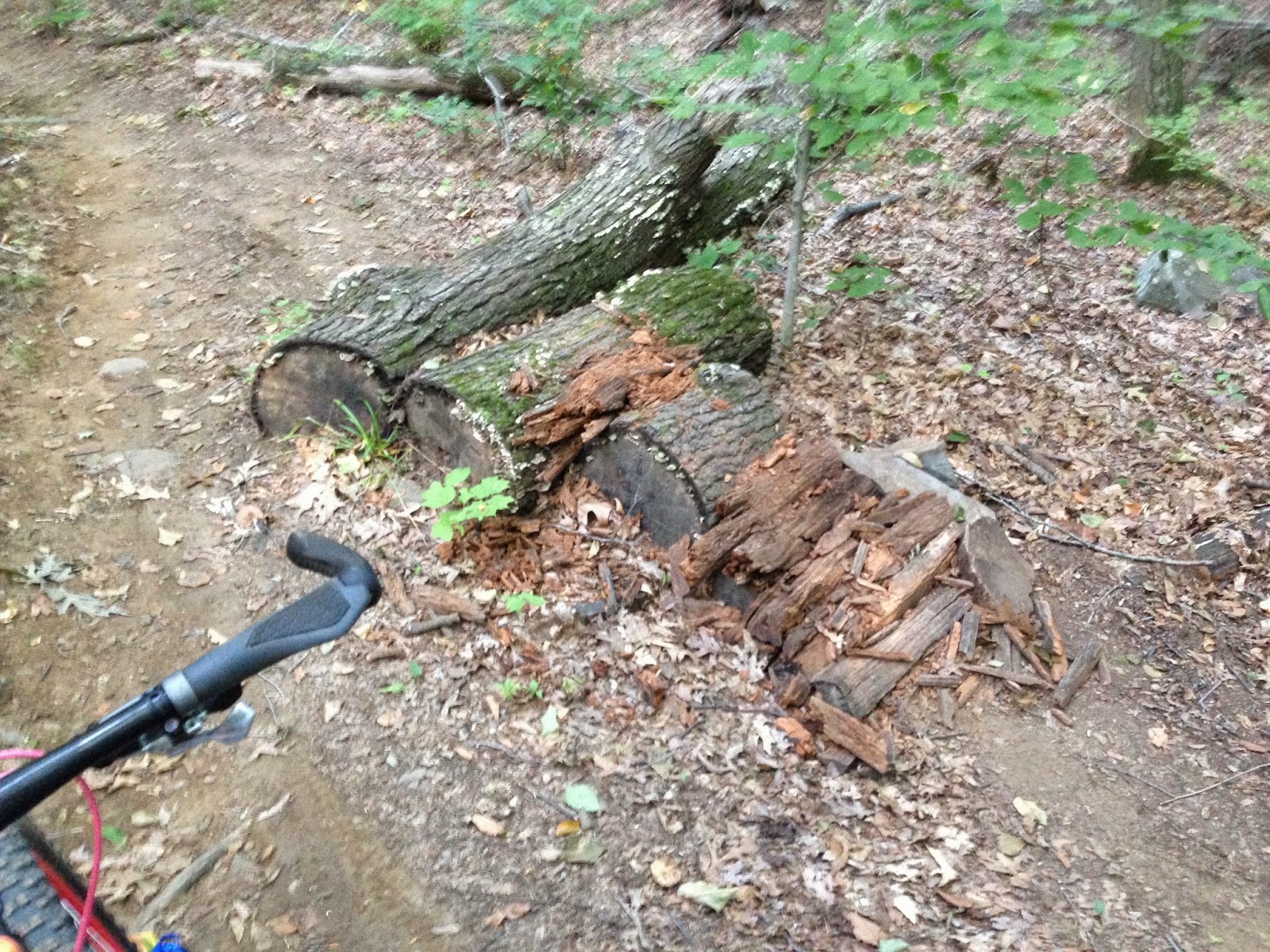 Someone finally ramped up one side of My Three Logs and now you have a pretty decent drop leading into the Irene's Hairpin.  Also it seems some rocks in the Wet Spot have been adjusted (for the better) a bit too. All good stuff happening.  Even the Reach Around appears to be getting a lot of riders on it too.
at 6:26 AM