Do I Mountain Bike? 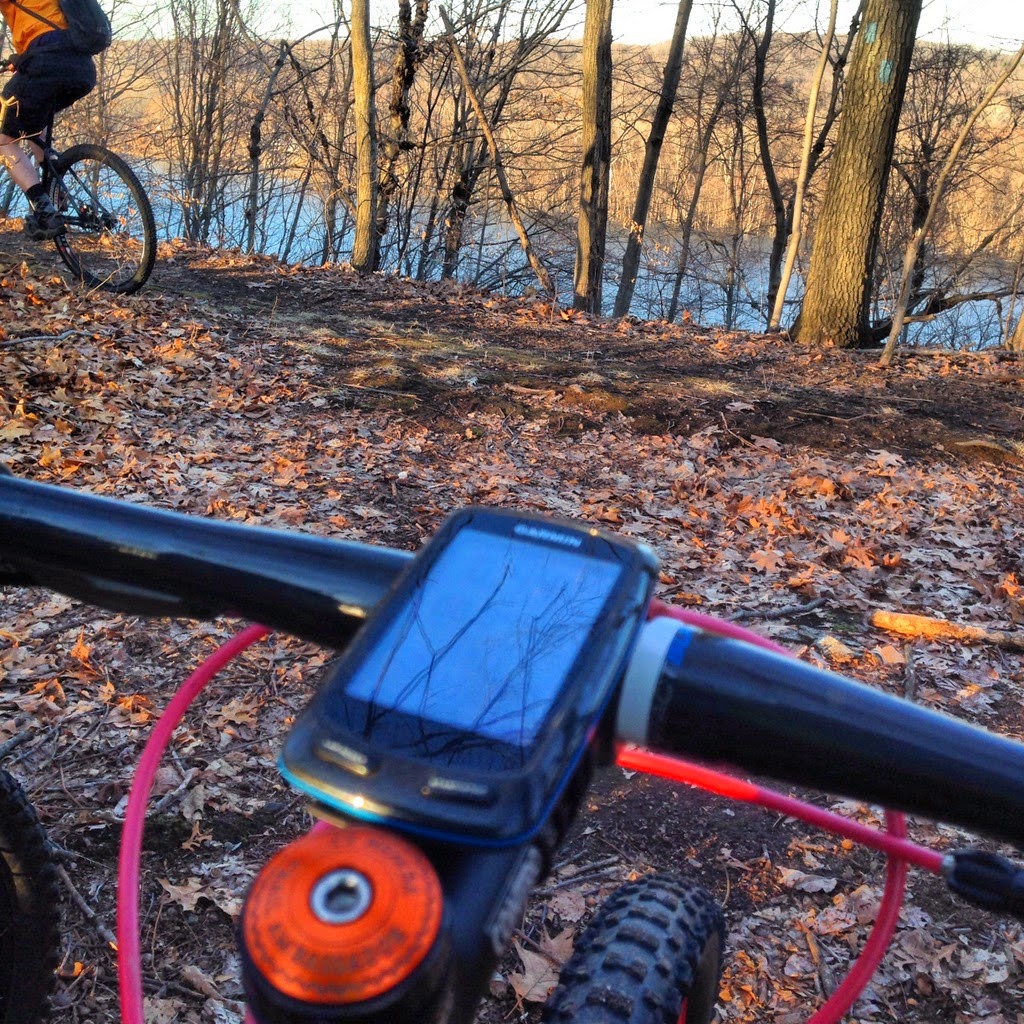 I know that sounds like a rhetorical question but after 800+ miles of road riding it was pretty weird getting out on the Spot for the first time in three months.  We got some intel that the Blow Hole was dry enough to ride but of course, getting out of work when I wanted to and then Rt 84 traffic meant that it looked like I was only going to get small ride any way. 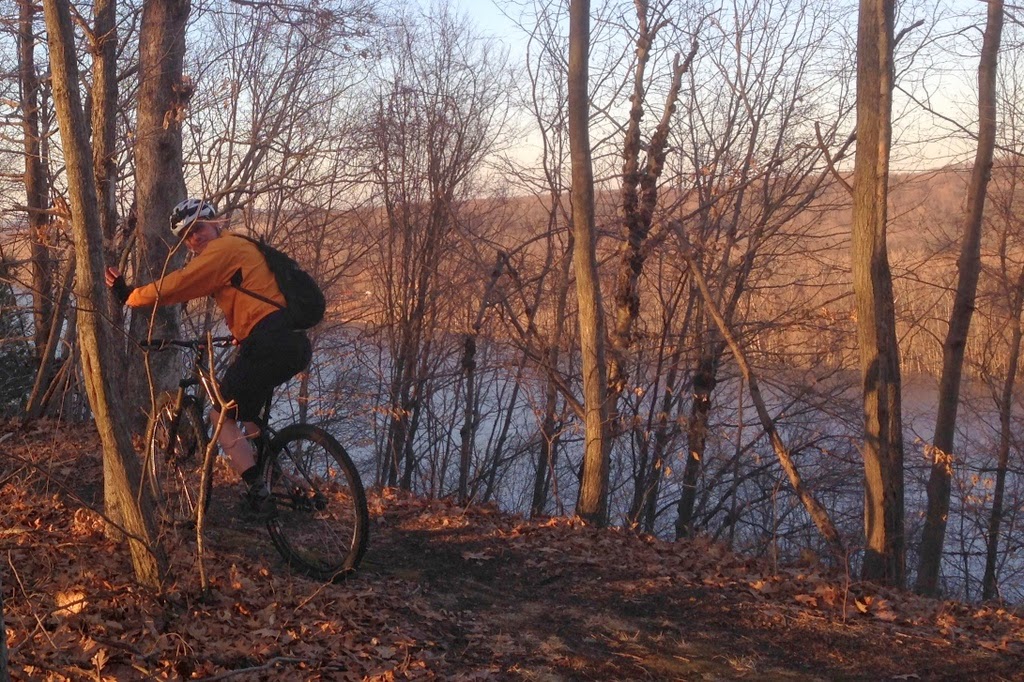 The feeling was just all off.  Not sure if it was the geometry or the fact that I was riding for the first time with an inverted stem that everything just seemed off.  Also, my seatpost was squeaking up a storm so that was unnerving as well. 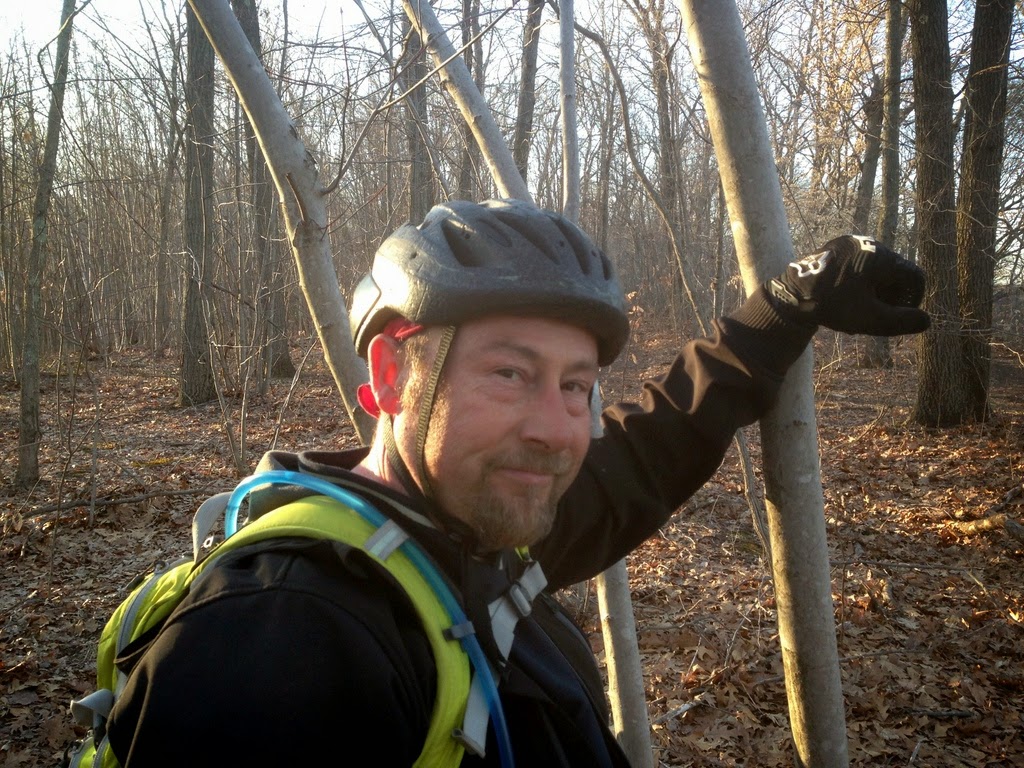 Still, it was worthwhile getting out and re-learning to mountain bike again.  After awhile I started to get the hang of it but I think I might have to go back to bar ends. 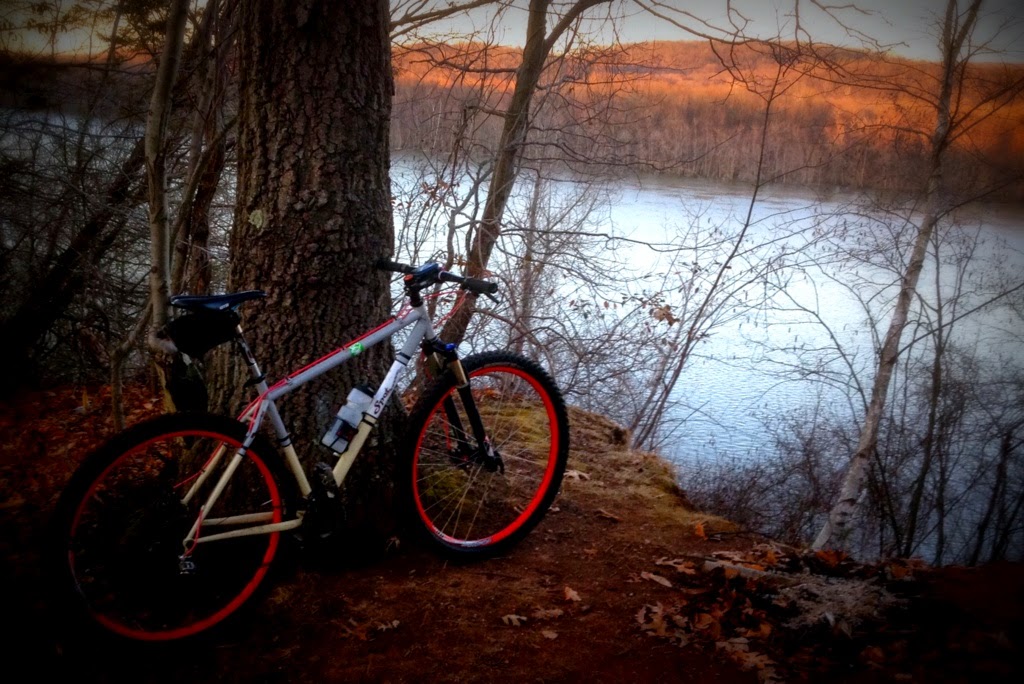 After Glenn and Dan split off to get ready for the meeting I rode the ridge trail south to the spot overlooking the Connecticut River. 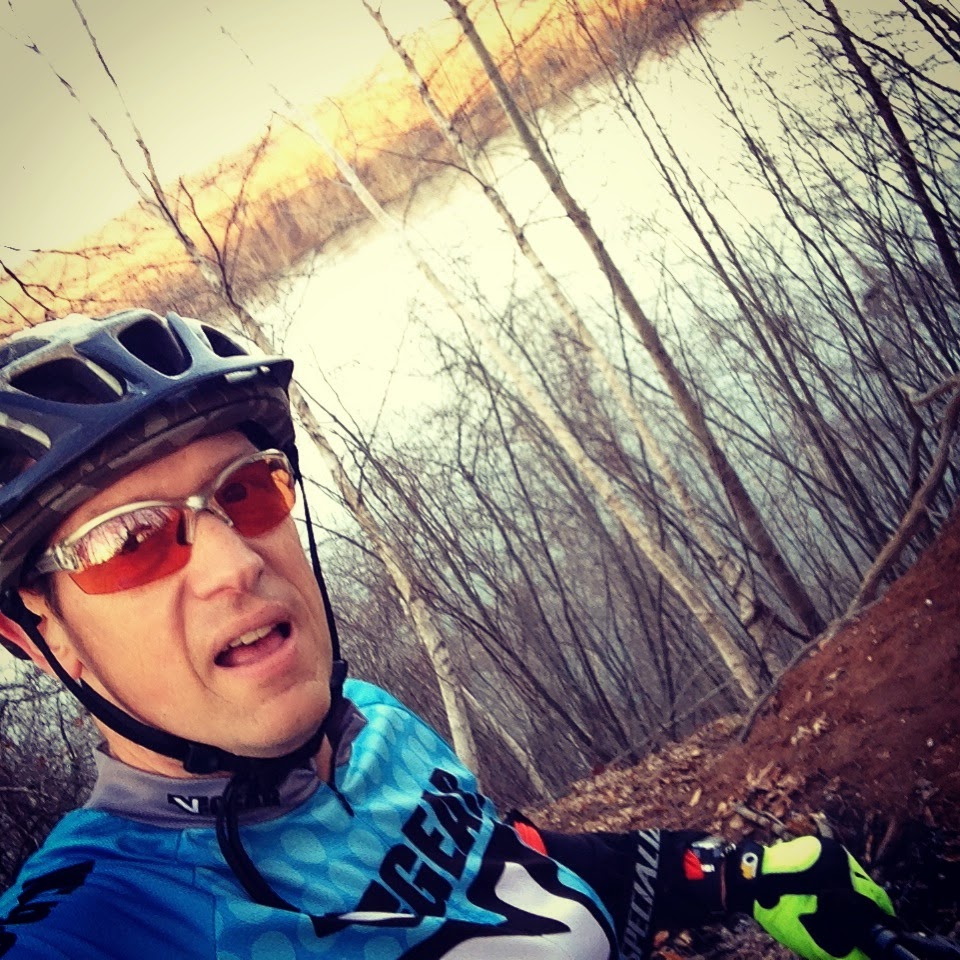 Then I rode back to the lot trying a different way, some other green blazed trail that had me in circles until I found the trail back to the lot.  All in all, it felt pretty good.

Email ThisBlogThis!Share to TwitterShare to FacebookShare to Pinterest
Labels: mountain biking, On the Spot, The Blow Hole