Fooling around at the Fools Classic

Someone mentioned to me a couple of months ago this non competitive ride, a Gravel Grinder, or what the Bicycle Times' Beginner's Guide to Randonneuring would label a Populaire, called the Fools Classic and I thought it would be a great opener for this year's riding season (although I never really stopped riding).  According to the Race/Ride Promoter: The Fools Classic is a challenging ca 75 mile ride held in bucolic Bucks County, Pennsylvania. It is among a growing list of rides in the US that emulate the conditions of the Northern European Spring Classics.

After the fun I had last year on the Deer Field Dirt Road Randonnee (D2R2) and a couple of other self guided rides through Western Connecticut, New York, & Massachusetts, I decided that this year I would do more of this type of riding, starting with the Fools Classic.  Between my son's skiing and the winter we have been having it was extremely difficult trying to find time to train for this distance.  My brother-in-law and I were able to get together the previous week to see how we would do riding 75 miles by riding an adaptation of Westchester Cycling Club's fall gravel grinder, the Dirty Apple, which I renamed the Dirty Martha.  I also pushed myself to ride 100 miles to work the previous week as part of my personal training. 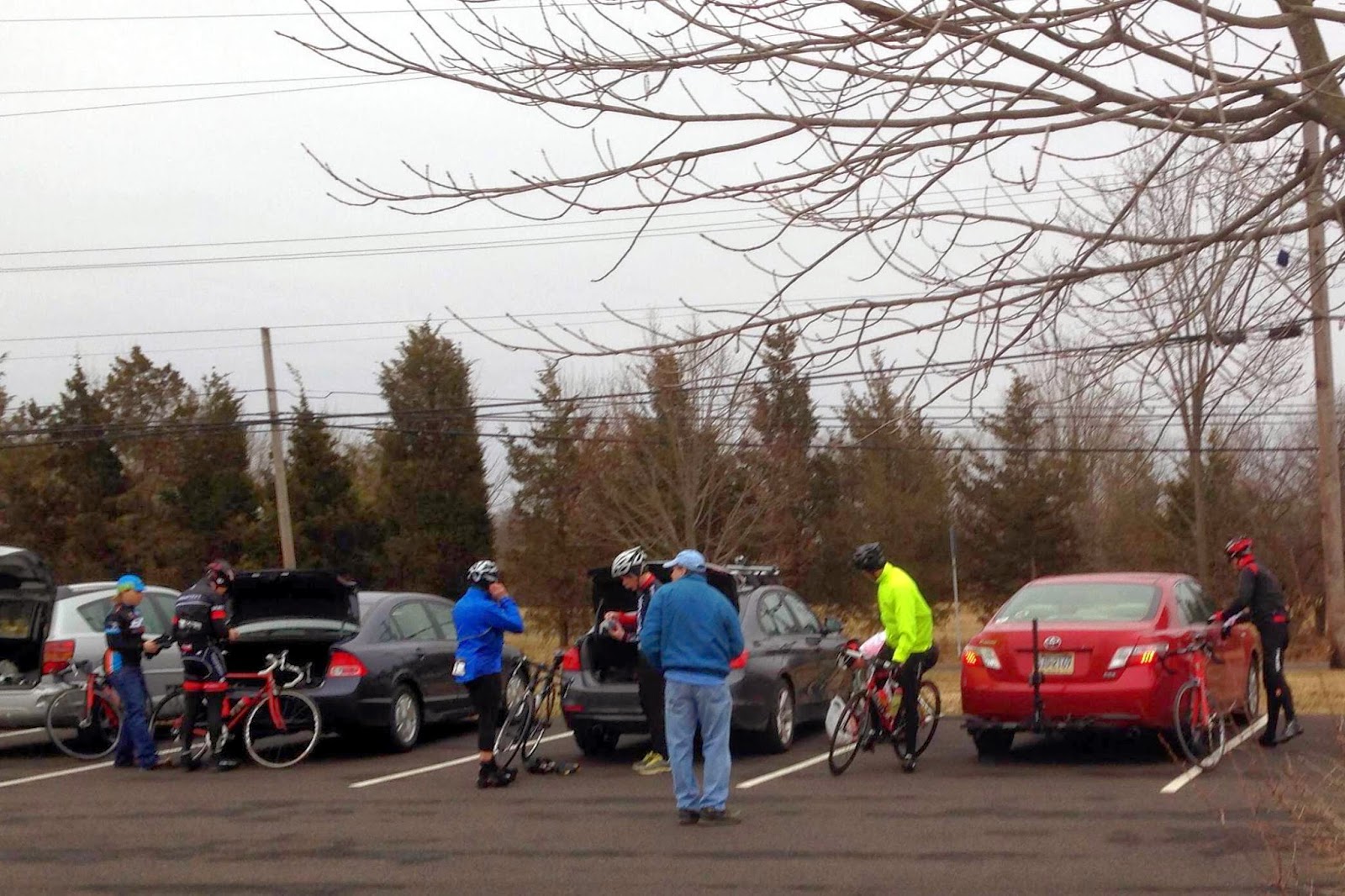 We got a hotel room in New Hope, PA the night before so we wouldn't have to be driving really early Saturday morning and  Will found a local brew house called the Triumph Brewing Company in which to have dinner at and of course beer!  We were 15 minutes from the start, so after a great breakfast at a local diner in New Hope we headed over to the Point Pleasant Fire House which was the start of the ride. 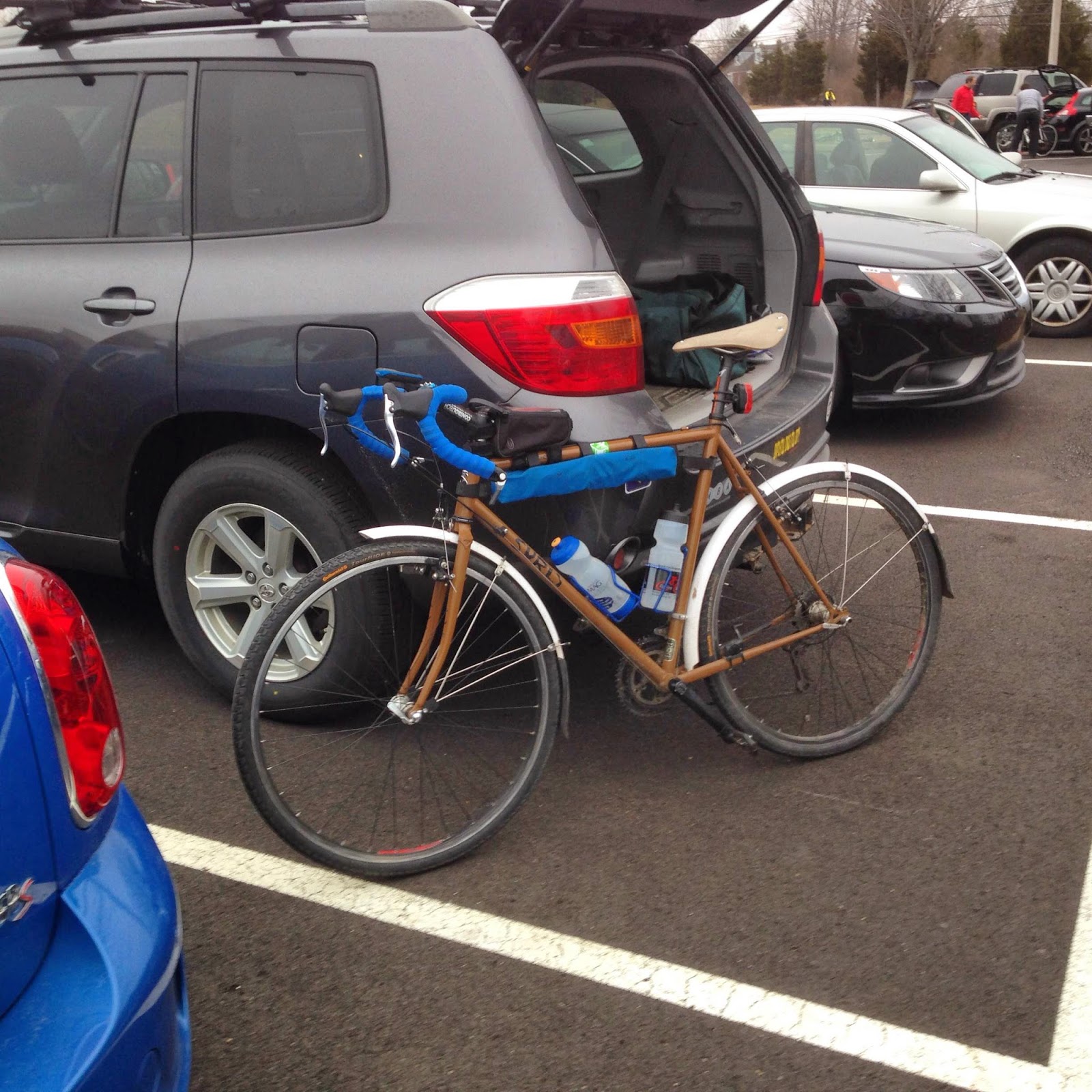 Most of the participants were from New Jersey and Pennsylvania.  There was one guy from Northhampton, MA who was from the area and the guy who rode sweep was from Virginia!  There were quite a few cross bikes present, road bikes with fatter tires, a few mountain bikes converted to Gravel Grinder bikes, and of course some really good Randonneuring bikes with big handlebar bags and fenders.  I guess my Surly Cross Check falls into this category.

Figuring out what to wear was a challenge.  The mistake I made right off the bat was forgetting to bring my new Cannondale Cycling jacket because it would have been perfect with one base layer underneath and then a rain jacket for the inevitability of the forecast which called for rain.  I made due with what I had with me but weather got increasingly worse over the course making it tougher and tougher to stay warm.

For as flat as Western Pennsylvania is often depicted to be, there was still a lot of climbing.  This course was laid out to take advantage of the dirt roads that descended into the tributaries of the nearby Delaware River and what goes down must come back up again.


The climbs never topped 500 feet but there were a few and they were tough.  While not as long, it seemed, as what I saw last year at D2R2, they more than made up for in grade.  They were the kind of hill that just kept giving and giving you more pain and agony, but, they were all doable, except one.

One of the roads didn't have winter maintenance making it really soft and there was no traction on the bike.  I think will made it up 3/4s of the way and I only made it up half way.  First time I have walked a hill!  But the walk was good because it gave me a chance to warm my hands because by this stage of the ride we were soaking wet and keeping warm was starting to be challenge. 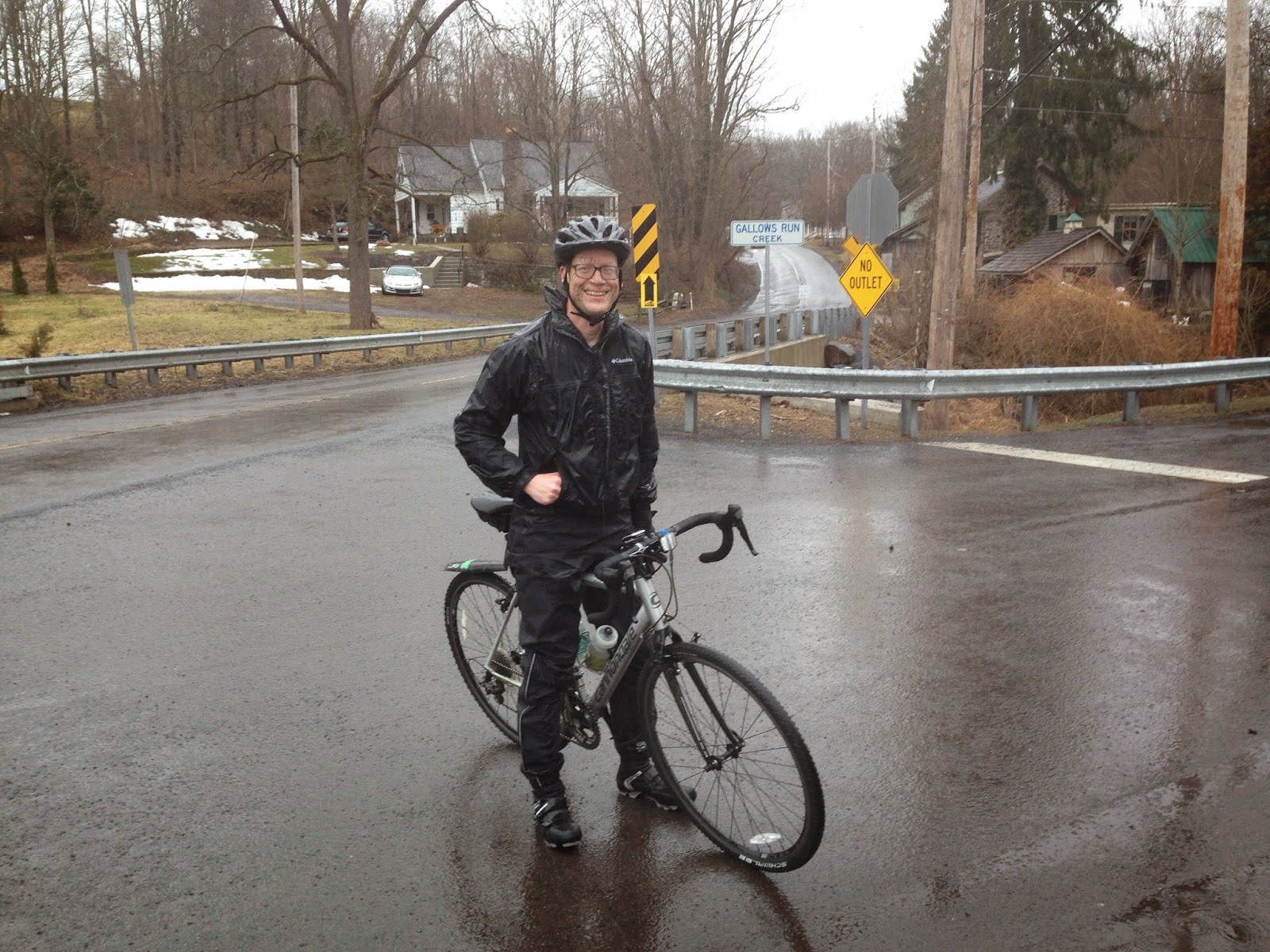 Initially, when it started raining, 15 minutes into the ride, it was still warm, but 30 miles in after constant rain and a 10 degree temperature drop my soaked gloves made it difficult for me to keep my hands warm.  Will was smart, he had rain pants and a jacket which I think I am going to have to consider for the future.


One of the tenets of Randonneuring is self-reliance and while I had some of that covered I missed in clothing department and to that end for spring time riding, especially with a wet weather forecast I am going to ensure that I have waterproof gloves on me.  Funny, I have some neoprene fishing gloves that might do the trick.  Keeping the bike running, I have that aspect of self reliance nailed!  In my top tube bag I keep two tubes, a a multi-tool, a small wrench, extra batteries for my blinky, a pump, and an old pair of Crank Brother's egg beaters.  After what happened on the Dirty Martha ride, I never want to be stuck like that again. 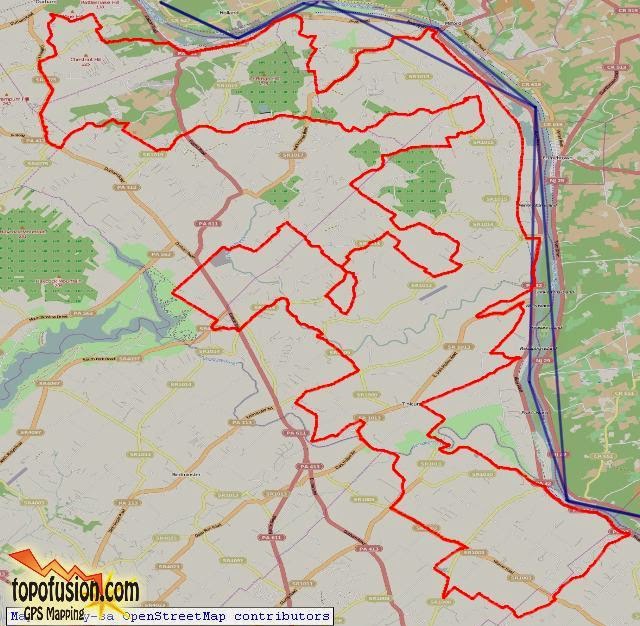 This was my first Populaire in which I used the cue sheet because the routing on my Garmin was totally FUBAR.  Apparently, this happens every year, someone takes down some arrows on the route and of course it screws everyone up.  Probably would have been smarter to have created my course using Garmin Connect like I did for D2R2 last year using the queue sheets.  While the Garmin was telling us to turn here and there where there was no signs signalling a turn, using the the queue sheet we never lost the course.  The blue track is what we road and the red was the intended track. 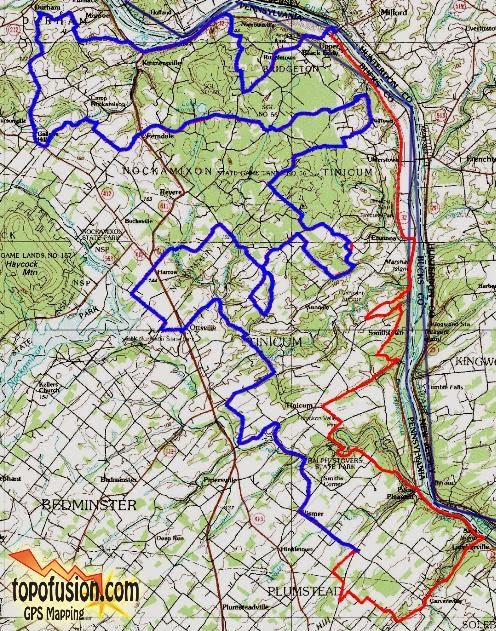 By the time we got to the rest stop it was pouring rain, 39 degrees, and we were 5 hours into the ride and at the pace we were going another 25 miles meant easily another 2+ hours of riding.  That's when Will and I decided to hop into a SAG wagon and drive back to the start point.  While I wanted to push on the drop in temperature, along with the rain, had me fearing hypothermia.  Not to mention I had a cold and who knows where that would have gone if we decided to press on.  So we didn't finish it but we had a great time and who knows, probably do it again next year, and this time we'll finish it!
at 4:09 PM