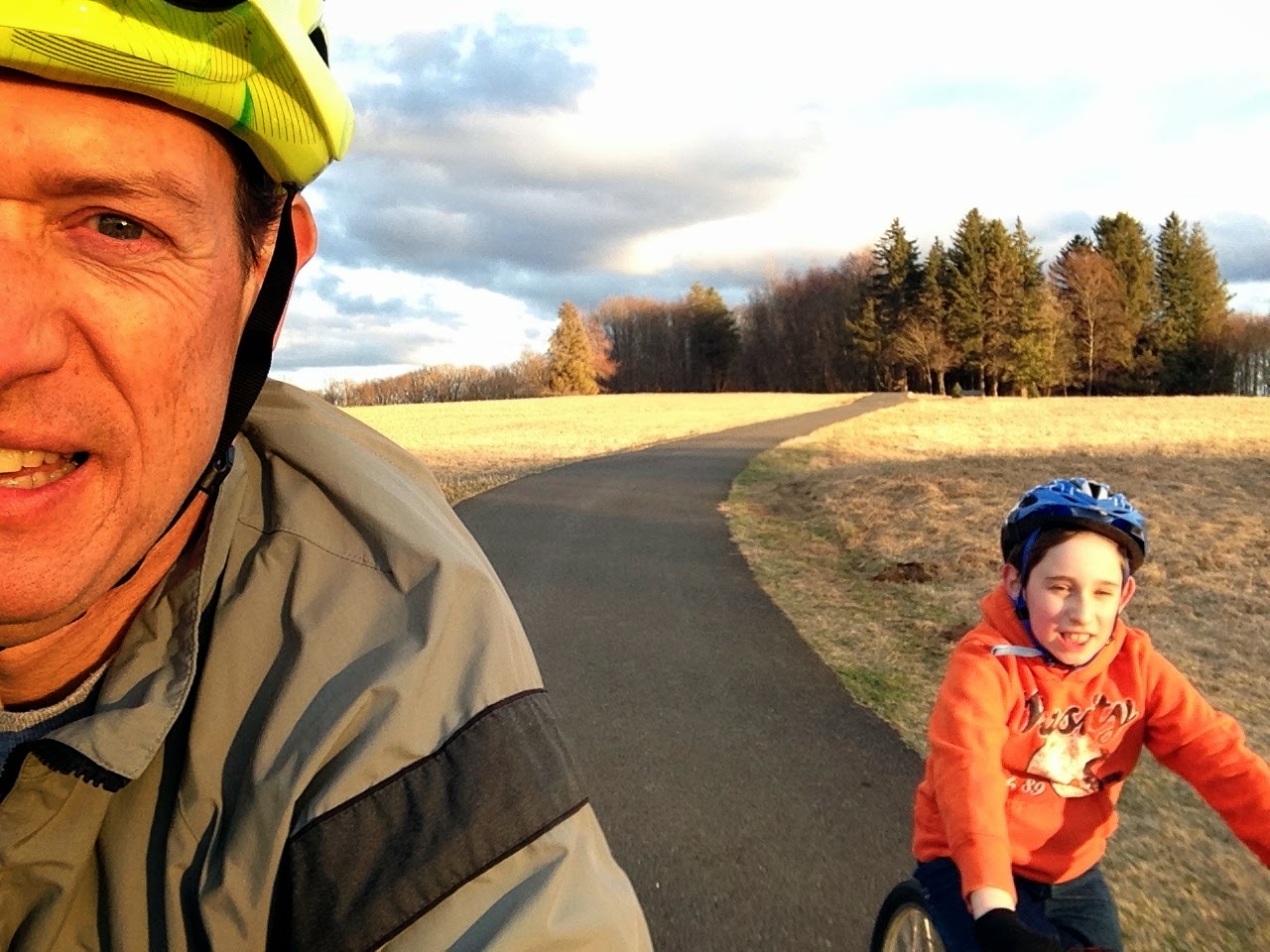 Took Elliot back to Fairfield Hills on Tuesday.  I wanted to ride to work but it was raining and raw, I was still feeling my cold and that was excuse enough to bag it.  Instead, I got home early from work and got Elliot and we went riding.  He has yet to complete a full lap without stopping but it's been 100% improvement over the last time we were here. 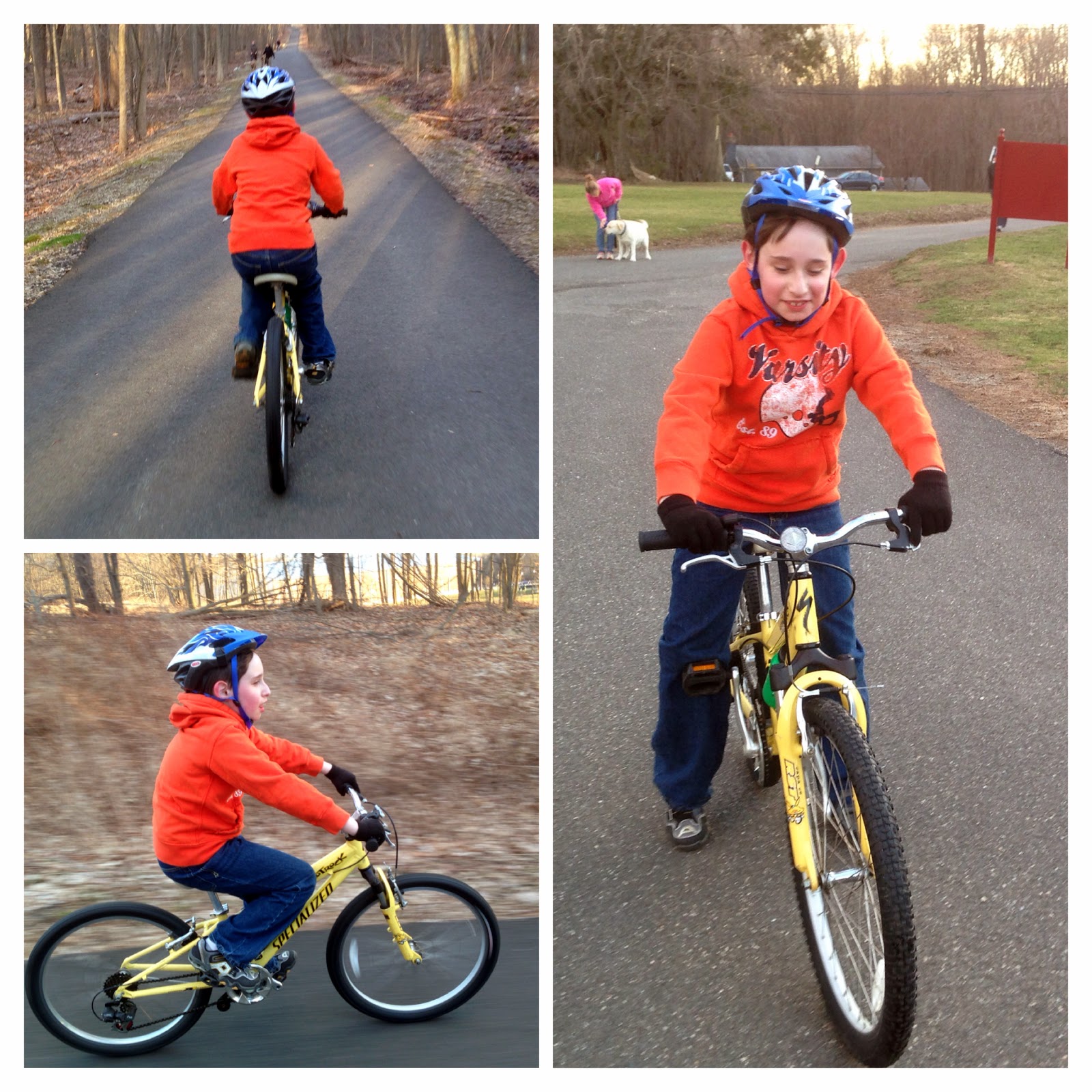 There is a climb in the middle of the route that he has yet to overcome.  We did 4 laps instead of 3 and on the last one stopped just shy of completing it and wanted me to count it as completing the hill.  I told him that's fine but he still stopped and I told him I want to see him make it without stopping but it was up to him to do so and not short change himself.  I could see in his eyes that he was processing what I told him.  We'll see what the weekend brings. 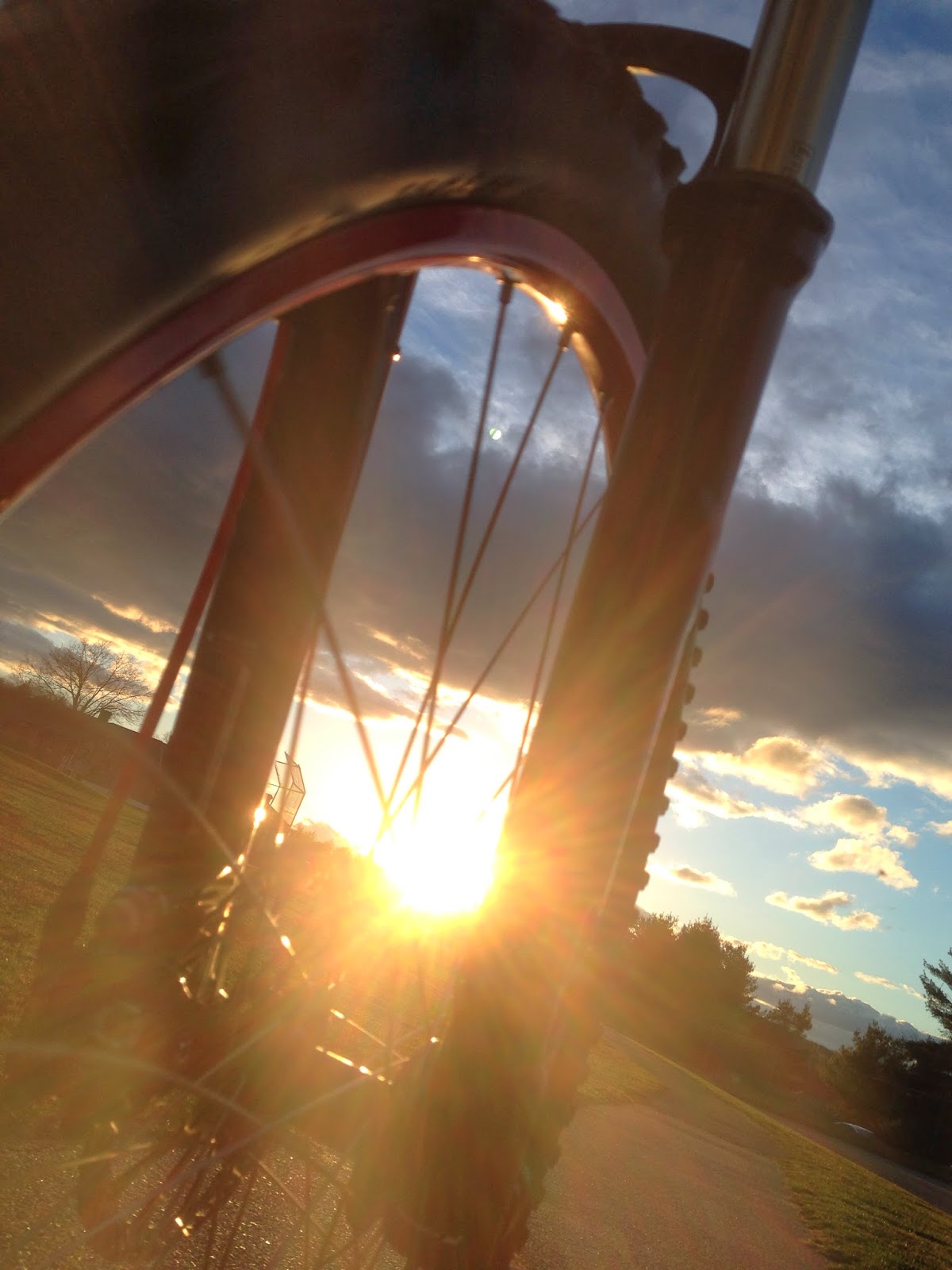 On the second lap I was able to find my pedal magnet that I lost last time I was here.  Have to figure out how to secure it better to the crank arm.  The nice thing around Fairfield Hills is that it also has a little trail system so when Elliot is strong enough I am going to try him on some of those trails.
at 10:16 PM