My skiing plans were a washed out so what's a cyclist to do?
Go mountain biking! 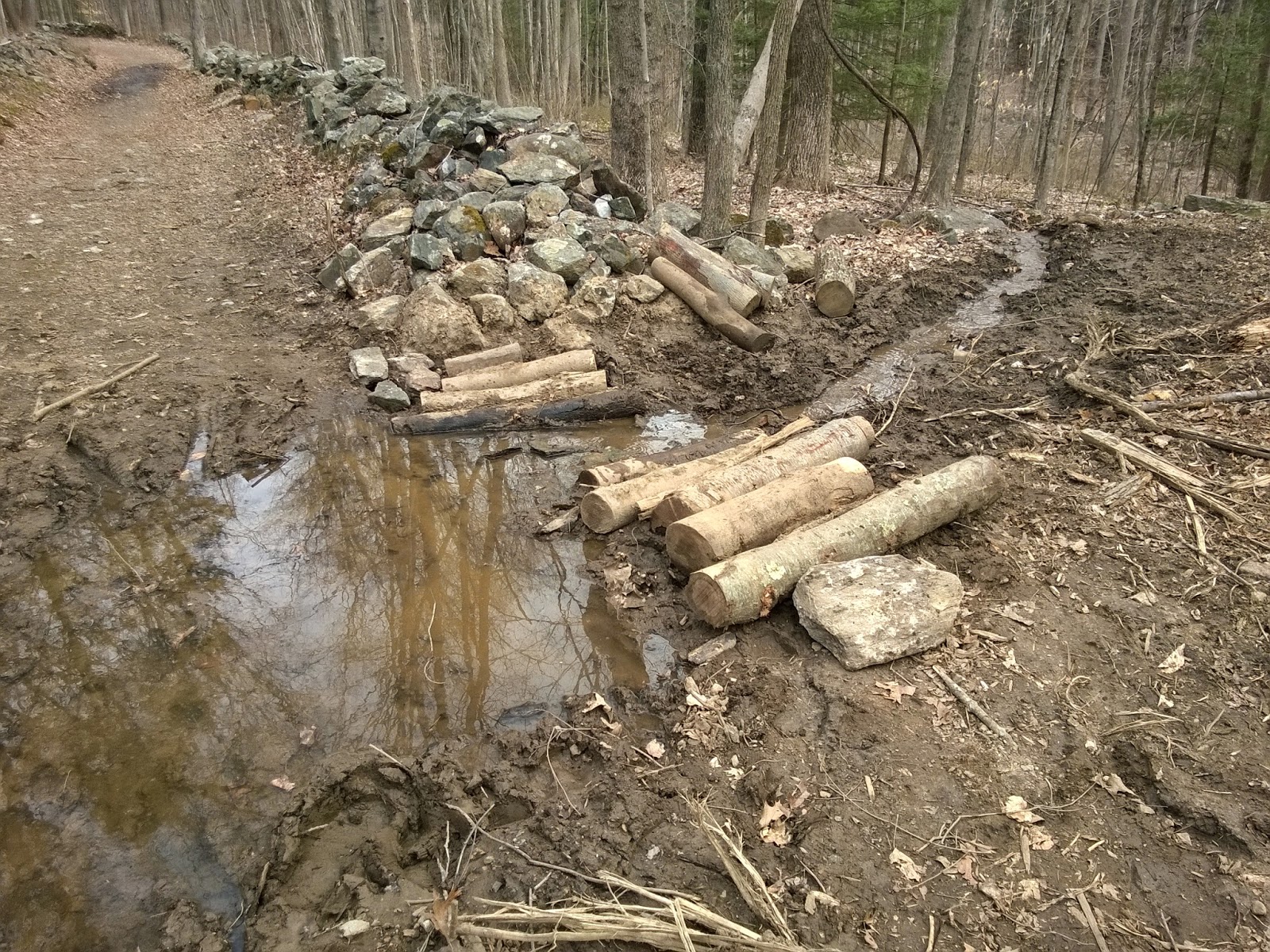 It's been three months since I have ridden Upper Paugussett and there some big changes.  More logging on the south side of the forest and the loggers created this huge mud pit in the middle of the Poly Brody as a result of their staging operations.


I guess they ran out of room in the parking lot to store their logs. Somebody started making a corduroy but you could tell it wasn't a mountain biker because the approached sucked.  I had to shift some of the logs to make the approach less drastic and it turned into a really nice feature. 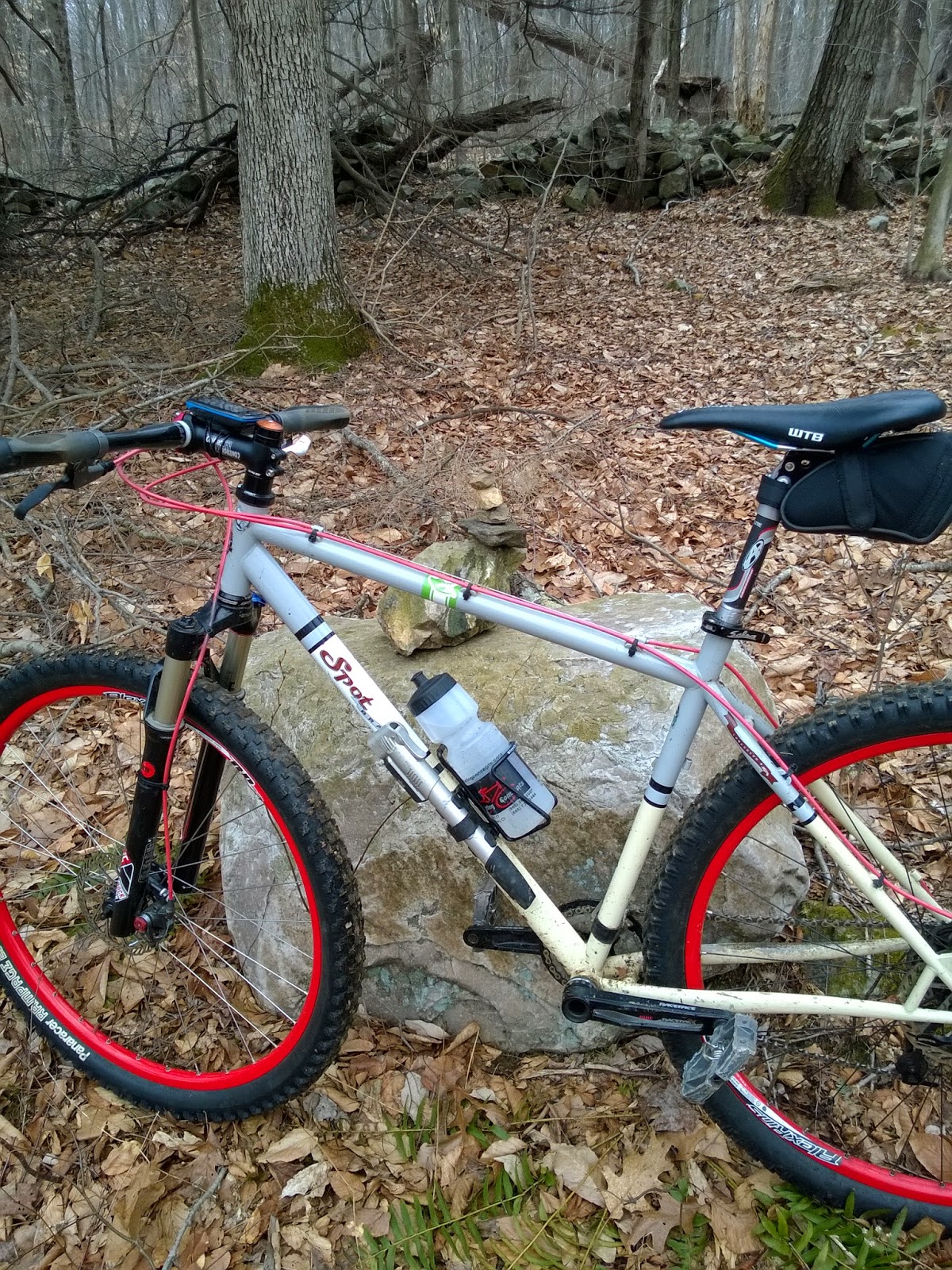 Further up the Poly Brody I came a across a new Hippy Stack.
I don't get it. 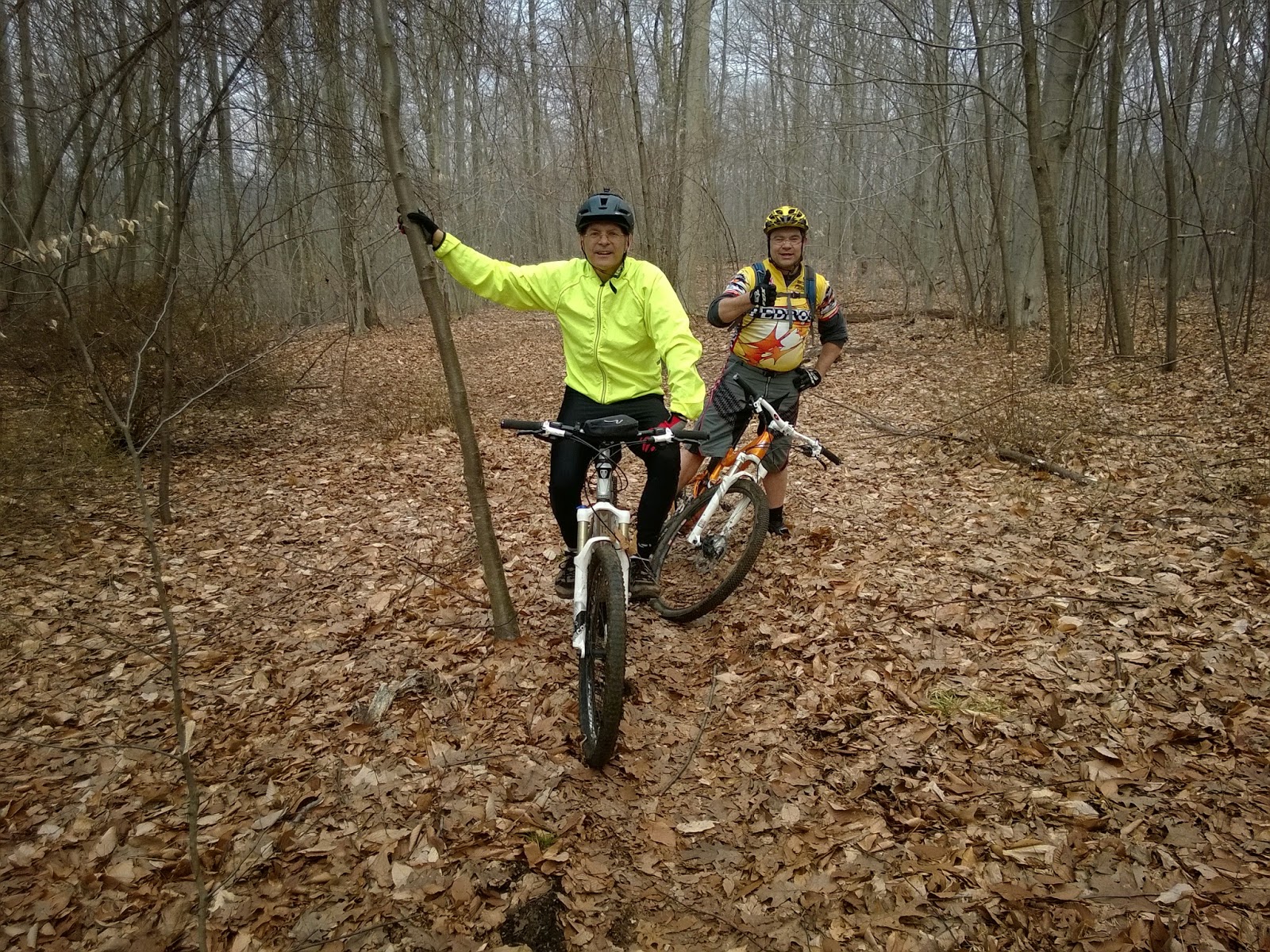 I caught up to Tom and George.  Tom (yellow jacket) I have ridden with before on a Class Cycles ride here last year.  This was George's first trip.  Apparently they rode some of the blue trail and then took the white trail up from the blue and found it to be all hike-a-bike.  Not surprising.  Whoever is taking it upon themselves to re-open this trail is clearly doing it without the State's permission and is a crappy trail builder, to boot.  In fact, the absurdity of this trail is that after crossing Poly Brody it continues into the forest, co-opting part of the yellow trail, crossing the blue trail and then just ending. 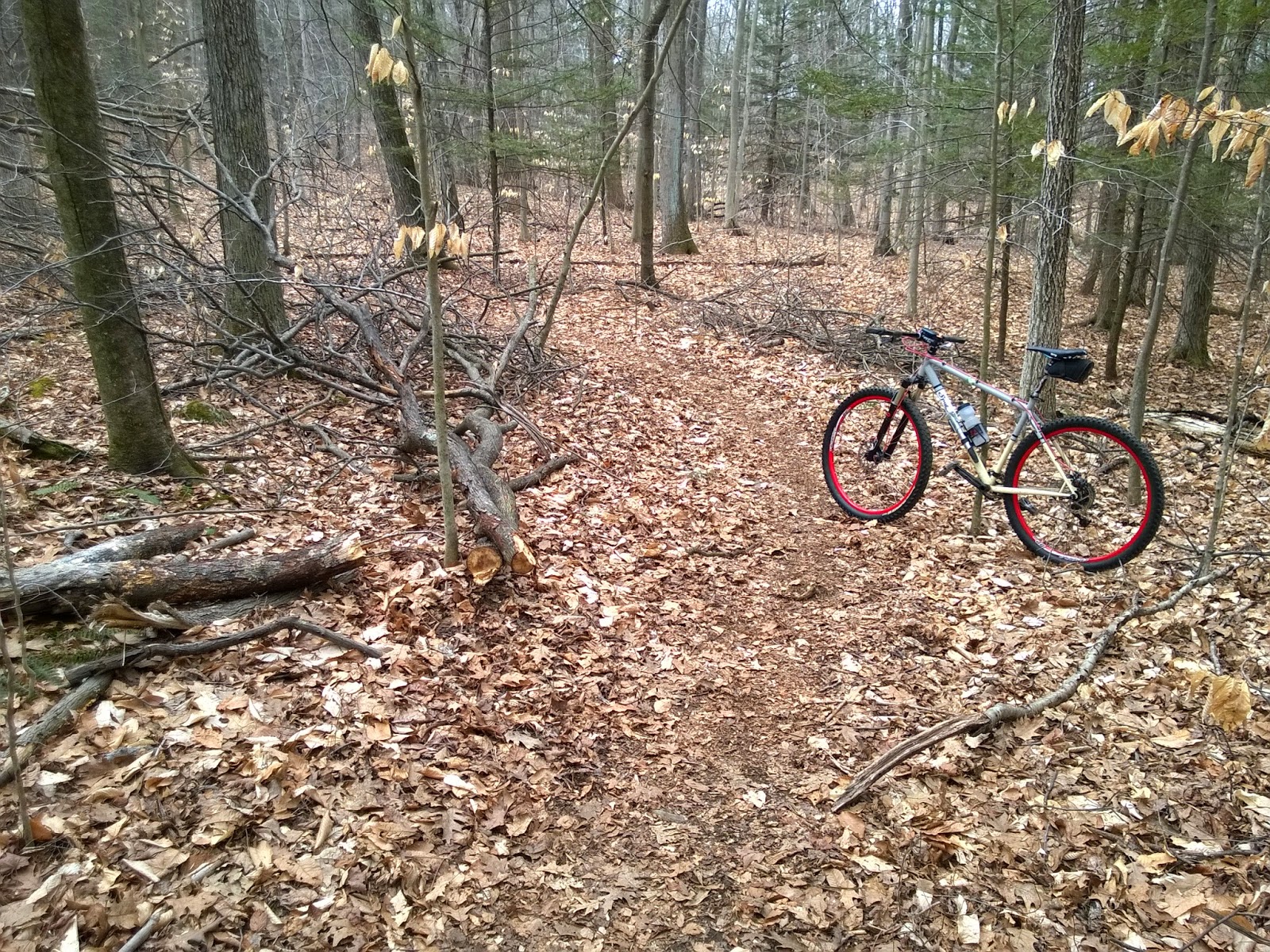 I do want to give a big thanks to whoever cut end off of this tree that was sticking out in the trail.  I had brought my hand saw and was going to start cutting it, only to find it had been cut for me.  So, thank you mysterious log cutter!  Rest of the trail is looking pretty sweet.  There has been a little more foot raking to the Three Bears roller but what is really needed is Baby and Mama Bear re-opened.  Next time I am in there I will try to move the logs.

George tried the Saddle Roller (still don't have a good name for this one yet) and then I took them on the loop around trail.  The section of the jeep trail that it comes out to was pretty wet and muddy.  We parted company and the southern terminus of the Gussy.  They wanted to head back to the cars so I pedaled back up the Gussy do that section in reverse and then dumping out on the ROW, riding past Sidney's place and then back home.  The Spot was spot on!