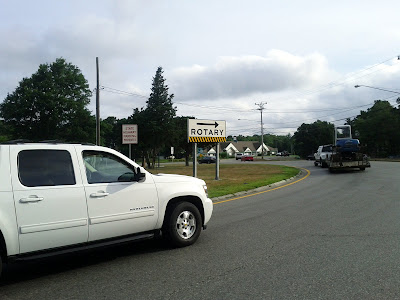 I expanded my course by 2 miles and did it in the reverse direction
and got the treat of riding a rotary for the first time. 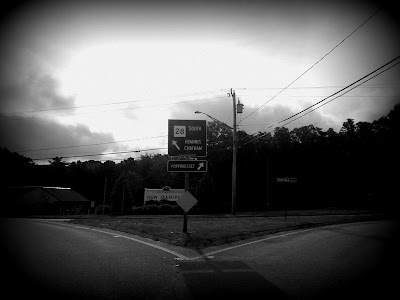 Route directions on the Cape are screwy.
I am heading north but the signs say I am heading south?
WTF? 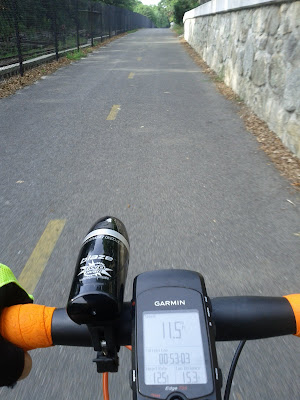 15 miles, almost half way, I hit the Shining Sea Bikeway 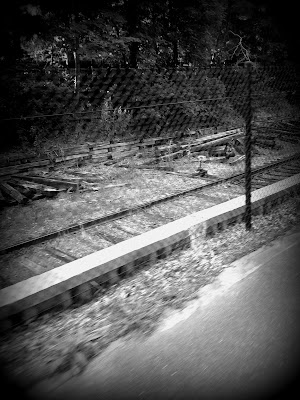 Definite proof that you can put a trail alongside actual railroad tracks!
Hmmmmm! 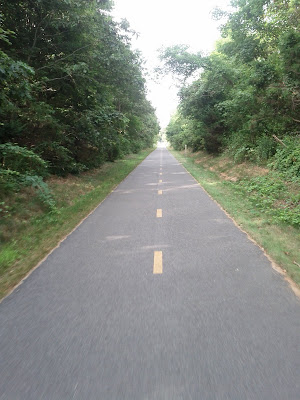 On the north end of the trail it was pretty empty
but when you get closer to Woods Hole, it got more crowded,
especially since I was riding the trail later in the morning, 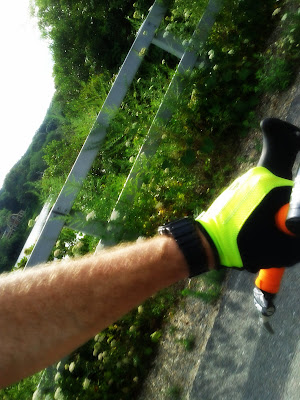 I like how the signs say give an audible signal to those in front of you
when passing but how do you get the attention of someone
listening to the iPod so loud that you can sing along to the song
and they are running in the middle of trail? 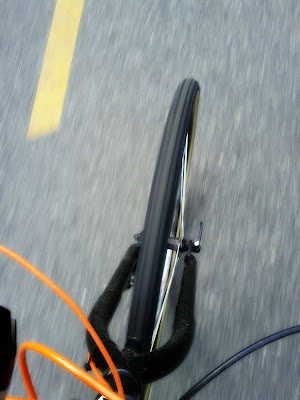 You don't see any hardcore roadies on the trail
but that I came across were of course too smug
to acknowledge my presence as a fellow cyclist
with a head bob or finger wave. 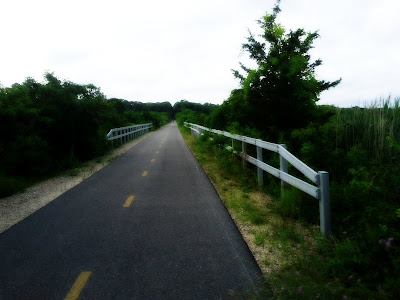 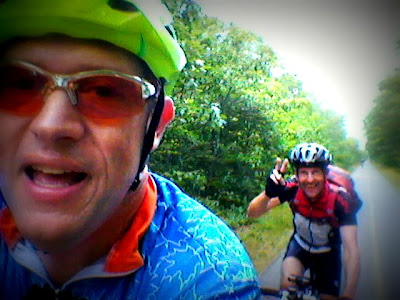 About 4 miles out from Woods Hole I picked up a tail,
this guy named Pierre from Montreal was drafting me for about a mile
until I noticed someone hanging on me wheel.  So we drafted each other
until we got to Woods Hole.  It was fun. 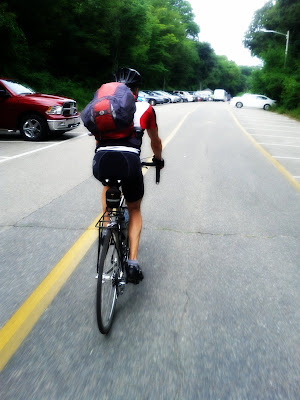 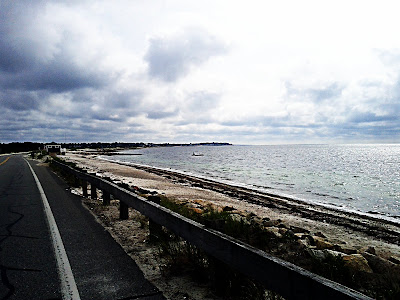