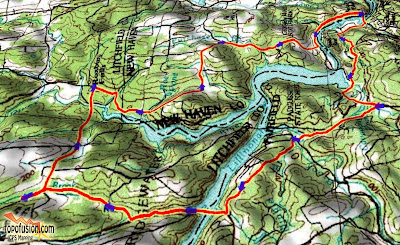 The path to be a stronger mountain biker lies in riding the roads!
Twitter:  der_dachs70

Saturday morning I decided to try a route that I planned out earlier
but I forgot to put it in the GPS  and took a few wrong turns. 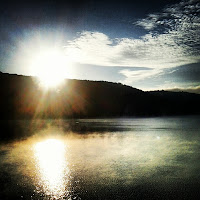 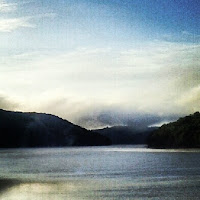 Lake Lilillonah was resplendent with the early morning fog that was slowly
giving way to being a beautiful, summer day.  However, when I started out the
early morning temperature was in that gray zone of 60 deg.  Too cold for shorts and jersey
meaning I would need a jacket. 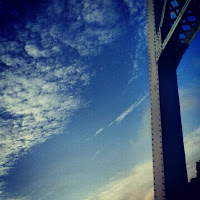 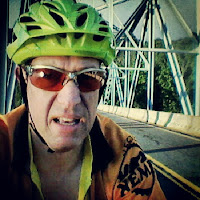 The route was simple, north along my side of the Housatonic River,
cross over on the Route 133 bridge, then ride through Bridgewater,
Roxbury, and Southbury, and back across the river into Newtown. 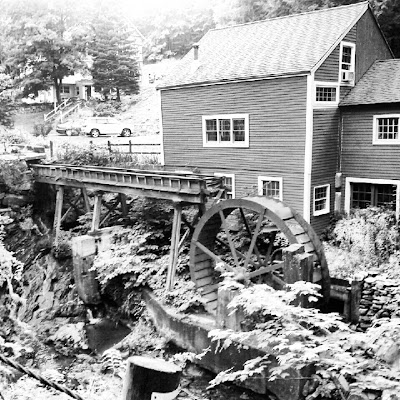 I need to spend less time sight seeing and taking pictures for
Instagram posts and concentrate on riding, however, next time
will be different. 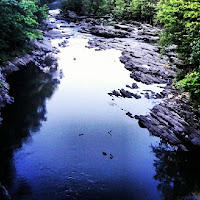 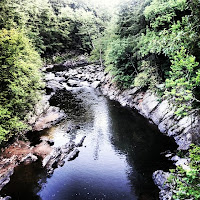 Roxbury Falls is always fun to look at.  If I had more time I would have
like to try and scout out the section of the old Shepaug Railroad line that
follows the river.  In looking at the maps you can only get down to Berry Road. 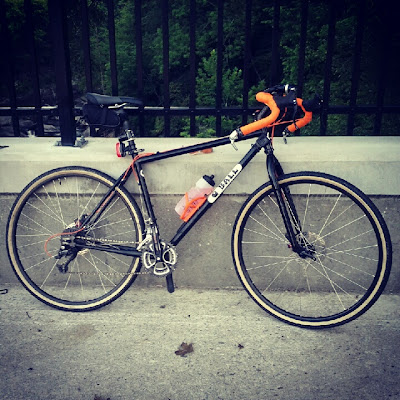 The Qball was riding really well up until this point.  I finally
figured out where the creaking sound is coming from,
the seatpost!  It was cheap.  I might see if I can take it apart and fix it
otherwise get a carbon fiber one is my best bet. 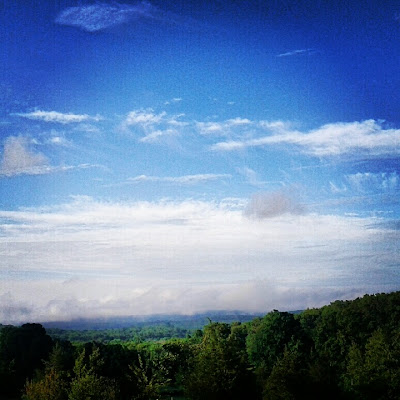 While I think it was a bit an error on my part by taking a right onto West Purchase Brook Rd  because there is an insane 11% grade climb that from the bottom looks straight up but once at the top, the view is worth the pain.  If it weren't for the morning mists and it was clear enough you might be able to see all the way to Long Island Sound. This morning, however, you could only see as far as Newtown.

Somewhere, after West Purchase Brook Rd is where disaster struck because I started to feel a wobble and looking down noticed there was a noticeable wobble in my rear wheel that could only mean a busted spoke!  Having experienced this before, on this same wheel while commuting, only that time I had to two broken spokes, I took my descents much slower to coax the bike home. 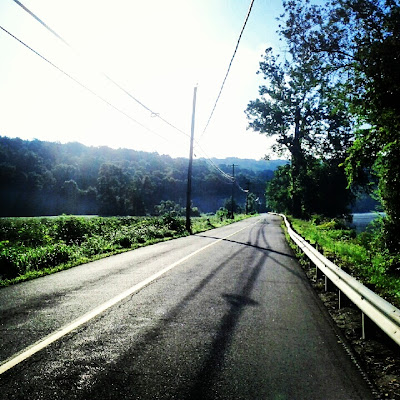 At the end of Purchase Brook Road, which I had to descend gingerly is River Road.  It would have been nice to really hammer this section of the route so instead I took a few more pictures. 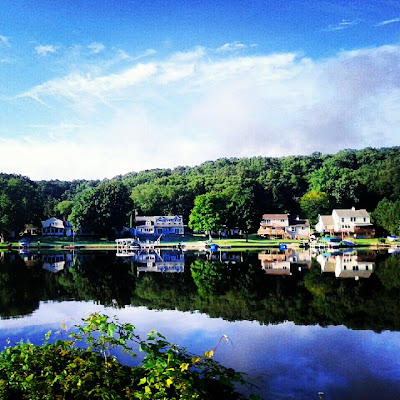 Riding along Lake Zoar (lower section of the Housatonic) the water was like glass! 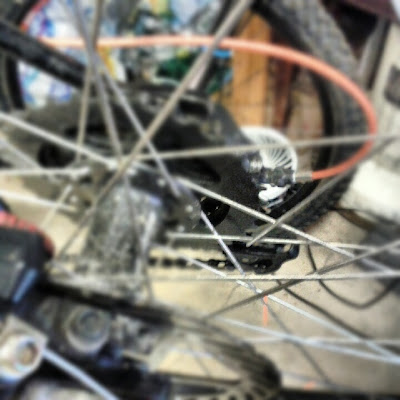 And here is the culprit.  Looks like I will be riding the On-One rear wheel for my Tuesday commute while I get this fixed.  Meanwhile, I think I might start looking for a better road bike.

It looks like you took a balloon ride straight up at mile 10!