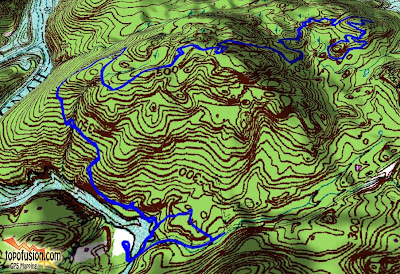 Eric Schonenberg asked me to help him lead a ride at Upper Paugussett a while back and after a few false starts in terms of scheduling we settled on the day after I come back from a week long fishing trip to Canada.  I met Eric, along with two others, Jason from Brewster and Rob of Brookfield, both of whom have ridden here before but have found themselves at time on the wrong trails at the wrong time.  At Upper Paugussett, except in a few places if you find yourself riding a blue blazed trail you will be in for an interesting ride, if not harrowing at time.  If you like hike-a-bike, then carry on! 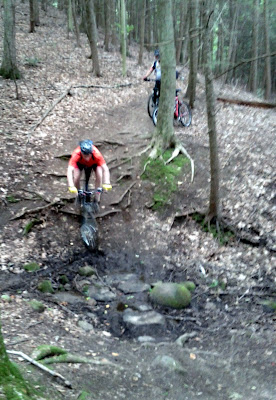 Starting from Pond Brook, we took the connector to Al's Trail and Eric gave a few pointers on how to roll some tricky descents.  Then we rode up the Mulikin Trail, which is much better than riding the forest road and while most of the Mulikin is climbing, I can do it and I only ride a 1x9. 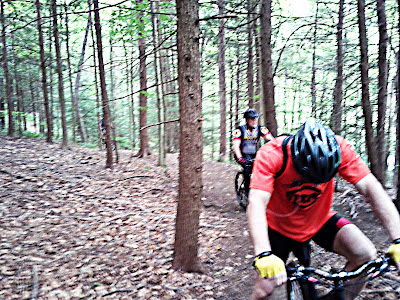 From the Mulikin it was a short hop over the Gussy and that's when the real fun began.  It's was a mixed group of ability so we stopped from time to time to give pointers on how to ride different features. 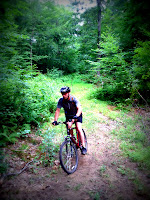 I did the older of the two log rides for the first time (in both directions) and hit a few of the hucks along the way, too.  Instead of doing the mundane loop back to the Mulikin on the Poly Brody, I showed them the Reach Around and how to ride back to the start of the Gussy and thus turn around and ride back without having to stop and turn around.  The Reach Around pops out onto the Jeep Road/Blue Trail (same as the Gussy, just further up) and while heading back toward the Gussy we cleared two fallen down Oak limbs that were blocking the trail.  I just missed stepping into a yellow jacket nest so we jumped on our bikes and got the hell out of there just to be safe. 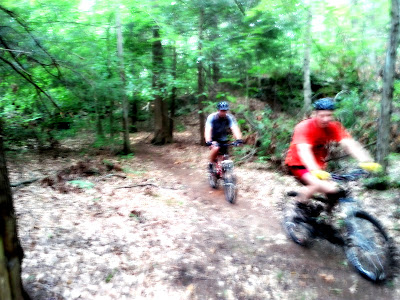 Riding back up the Gussy was just as fun and more challenging in the other direction, because there is much more climbing.  Climbing the technical sections on the way up is a lot harder but well worth it. 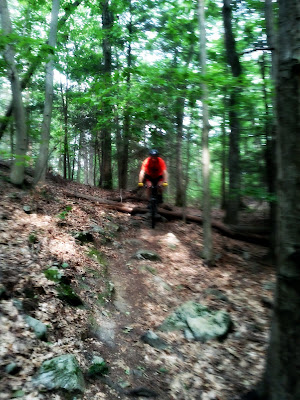 I was pleased with myself after cleaning the up-and-over that built a few years ago using the cuttings from the pine tree where the yellow trail splits off from the Gussy.  In fact, it was so easy that I did it a second time to make sure I wasn't dreaming. 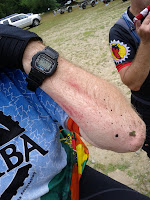 While I was riding great, I still had a few mishaps that lead to a few scratches and abrasions but it was a great ride and worth a little extra pain for a good ride. 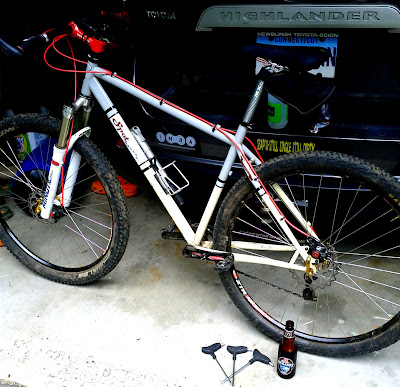 Once back home, I did have fix a few things on the Spot.  My bars got turned upwards when I took the header on the log ride in the Mulikin when I hit too fast - note to self - slow down for the that one. 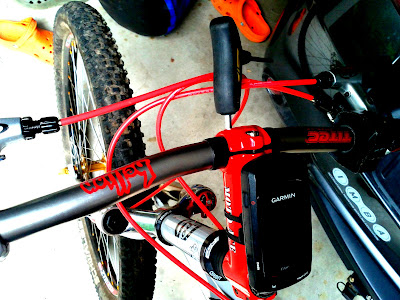