Yeah, yeah, I know - what took me so long?  Now that I don't have drop off the kids at the bus stop duty I have finally started riding to work again.  I probably could have started a lot sooner but the Qball wasn't ready and I have to thank Shawn Emerson at the Bicycle Center in Brookfield for helping me out and getting the Qball to the point where I could start riding again as a commuter.  Actually, I needed the Qball ready for that Team Triathlon that I did in the beginning of the month so I guess that was truly the impetus to start commuting again. 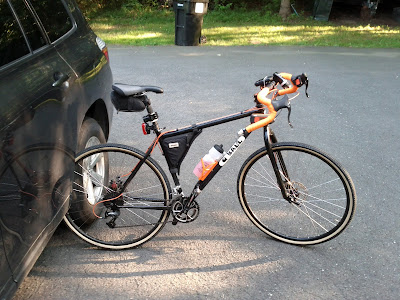 Looking at how the bike is setup today, I question whether the Monster Cross label for the Qball still holds.  My definition of a Monster Cross is everything you in the above picture but with fatter tires.  Fatties are great for rail trails and other types of unimproved road surface riding but these tires (Kenda Cyclocross 700x38c) are detracting from the title.  These tires, however, for their size are still pretty fast and great on the roads.  They can really take punishment of rough roads and I have no fear of riding dirt roads on them. 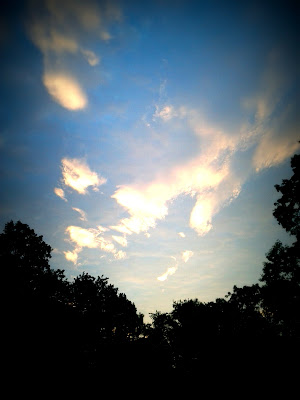 Temperature this morning was around 80 degrees but still very humid out and by the time I got halfway down Pond Brook Road I was sweating pretty good.  The nice thing about this morning's commute was that I wasn't carrying anything except wallet, work ID, cell phone, camera, and Blackberry.  I also tried a new way to mount my helmet cam to the bike so I am going to put up a commuting video soon. 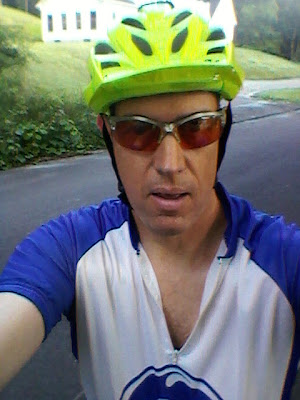 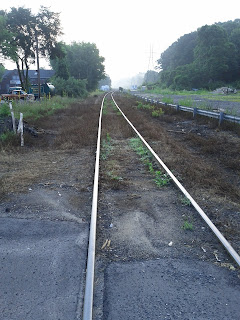 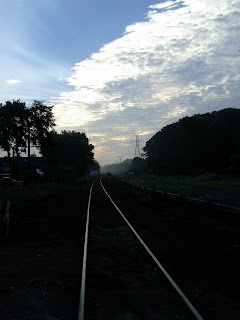 Neat views at the railroad crossing on Rt 25. 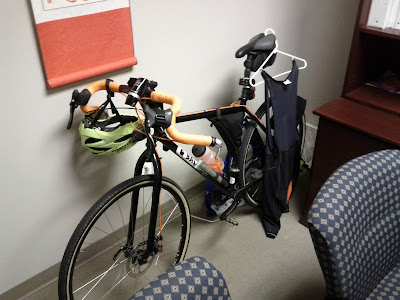 When I got to the office I hung all my kit on the bike and ran a fan on it all day and it dried it out really nicely so that when I put it back on for the ride home it didn't have that damp, slimy feeling.  However, there was one big change for the ride home that I have been dreading and that is I had to ride home with my laptop.  I had to get the largest laptop known to mankind, a Dell 6600 engineering laptop.  It's an awesome machine but it weighs a ton and I have been dreading having to ride home with it.  I decided that I would try to leave it in the office on the days that I rode to work, however, I needed to have it home this evening for the following day which meant I had to ride with it.  Surprisingly, though, my Timbuk2 bag carried it so well that I hardly knew it was there. 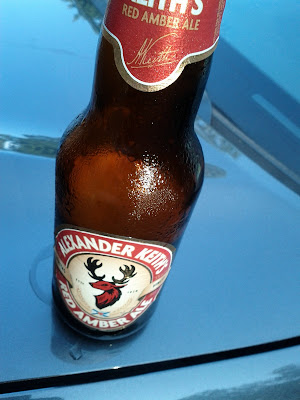 And at the end of my ride was an ice cold, frosty beer recently imported from Canada.  Riding home in 90+ degree weather wasn't a picnic and this made riding in the heat worth it!  My goal for the rest of the year is to ride 2x a week to work.
at 6:00 AM