I was able to keep the main body of the ride in sight into the first part of the prolog but lost them on the first climb.  Oh well, they are all animals anyway.  This year George and Hawaiian Mike, the guys who put on the race, added a feature called the Prologue in order spread out the racers.  What that means is everyone starts on Ridge Road and rides up to the first single track section, Scofield Trail.  I am sure all the hammer heads will use this opportunity to get out in front everyone else.

I hear in previous races the start has been a bit funky which has lead to massive back ups in the single track so what this is supposed to do is break that up.  The word, however, from the guys that I was riding with on Sunday was that it will still probably be a Conga Line on the first climb on Scofield Trail. 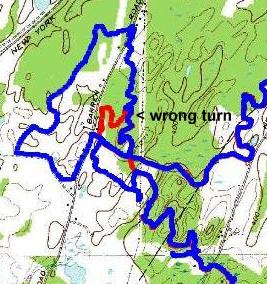 After the prologue the group paused at the entrance to the forest where I was able to take of my under layer.  I was feeling really good and couldn't wait for my riding.  The next section of Single Track was OUTSTANDING!  Swoopy, flowy fast trail with many banked turns as well as beaucoup rock gardens.  Some nice rock ups and great rollers in the middle of the trail with no pussy paths.  I was keeping up with the other riders until the power line trail.  Loosing the main body of the ride and as usual way in front of the beginners, which is where I usually find myself, I took a wrong turn.  I saw a black and red marker (shop colors) and figured that was the way to go but I was wrong. 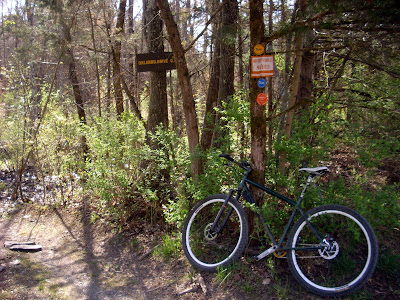 By the time I got to Barron Road I should have just headed down it but it was paved and so I thought I would ride some single track that I thought would parallel the road.  It didn't and I ended up outside the forest.  I finally found my way back to Barron Road and back onto the main feeder trail that would lead me back to the race course, however, I wasn't sure which turn to take to head south and I took the wrong one which lead me out onto the power line trail.  After a mile on that it didn't seem right so I back tracked on the power line till I found a trail cutting across and back into the woods that according to the map looked pretty good. 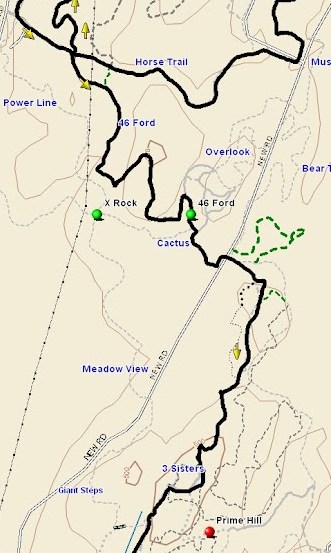 Back on course I was on the 46 Ford Trail and there were some monster climbs!  Those are going to be walk ups for me.


I found the trail's name sake and as I was admiring the old car a group of riders came through with one of the guys in the group not wearing a helmet.  Must have been a Meet up group. 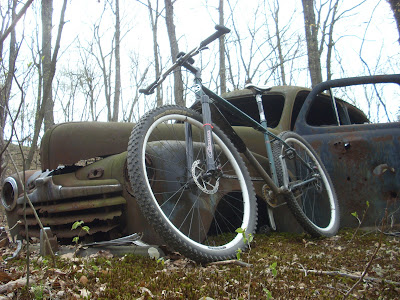 Another wrong turn, onto to the Cactus trail and back track out of there, I finally came out onto New Road where I met up with some more Single Speeders, one of them wearing Dark Horse colors but by the looks of their bikes, Carbon Fiber Niners and Special-Eds, I knew there was no way I was keeping up with them.  But I stayed on what I thought the course was for quite some time.  It follows a ridge that has some really nice views especially now in early spring with no leaves out yet. 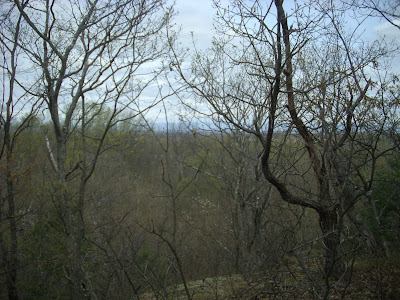 A couple more wrong turns but riding some awesome single track.  One trail was called Drake's Reroute and it was phenomenal!  Tight, twisty single track, clearly designed against ATVs and Motos, which at this end of the State Forest, there must be some illegal penetration by them.  Eventually, I came back onto Giles road when I ran into two guys on Single Speeds from the Shop Ride who led me to the Orchard Trail but smoked me on that.  Finally, back out onto another gravel road they pointed me in the right direction to back to Scofield so that I could finish the course.


What a ride!  I am going to do it again this coming Saturday morning and I might try to do the whole thing!  If I could do 20 miles on this ride, I can do the two laps of 26 miles that makes up the whole course, with the prologue!