Friday the 13th on the Spot 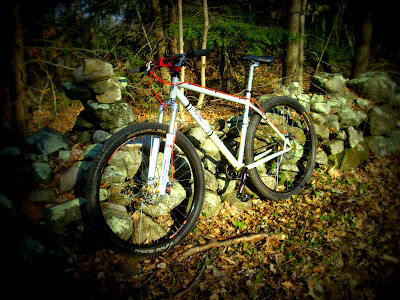 Jumping on the bike today I realized that I haven't been to Upper Paugussett since March!  I think, however, with the price of gas being as high as it is and rumored to even go higher this summer my fat tires are going to be seeing more and more of Upper Paugussett and work in more of Al's Trail over to Shady Rest and figuring out a good route for Dingle Brook.  I did receive some unlucky news, however, the bike frame that I  was planning on purchasing won't be made until August.

My LBS offered me a sweetheart deal on another bike which I could afford but it would be a stretch, however, to bring the bike up to Monster Cross Standards I would be spending a lot more than I would like to.  So, I think I might just bank my money and see what deals are to be had in fall.  Who knows, maybe a full susser 29er could be in my future. 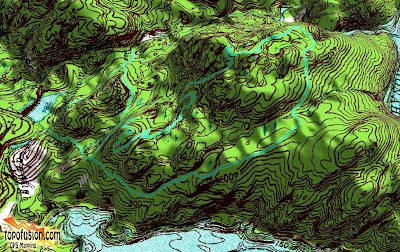 The lack of rain has almost completely dried out the Poly Brody Forest Road.  The most notable of the two wettest areas is on the first climb just past the turn off to the beach.  Also, further up the road looks like the hopes of a future skinny fell to the bite of chainsaw. 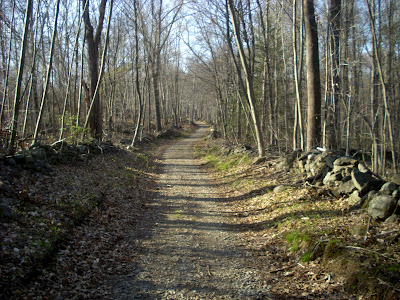 The tree blocking the Brody was cut out and cut up.  My guess is the State did it because it looks like it was marked for firewood.  A couple of other trees along the road have orange tape on them which I think means they are available for firewood cutting. 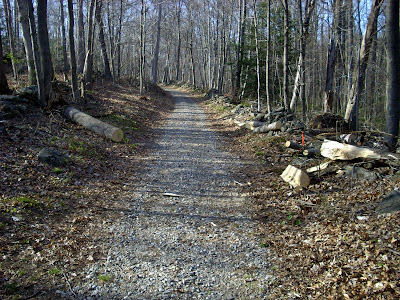 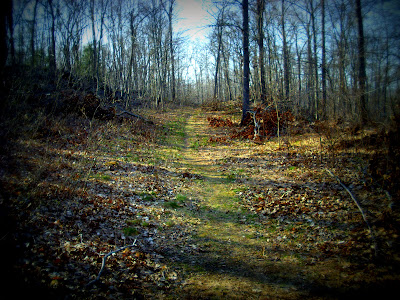 The entrance to the Mulikin Trail is becoming more and more defined.  Looks like more people are riding it. I was going to ride that way this evening but was out of time and had to be home quickly but it's time that I find a way to ride the 30 foot roller back there. 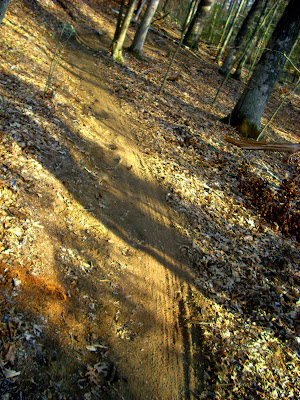 And then there is the Gussy Trail, which appears to be having a lot of visitors, too.  The trail is really well defined and dried out.  You can see where everyone is hitting the stuntry, too.  Well, I will be back on Tuesday because I am going to start leading after work rides here, at Waldo, and Sunny Valley on Tuesdays.
at 7:47 AM