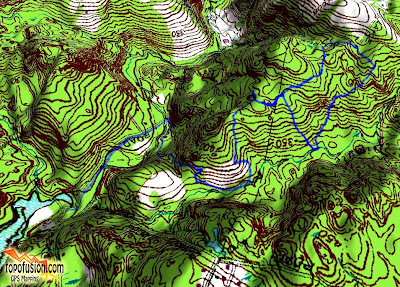 The last time I rode these trails was 2010 so I came back for to mix it up and see what the trails were like.  Unfortunately, the combination of the Hurricane and October Blizzard dealt a heavy blow to this area.  It appears some clearing has been done but not enough, really, to bring these trails back to what they used to be, fast, fun trails.  They were not particularly flowy but they were worth a visit now and a again. 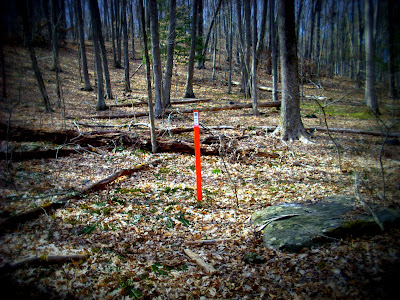 Looks like the town finally marked the property that it owns as open space.  The existing trails run right through the parcel but it's not big enough for decent trail system. 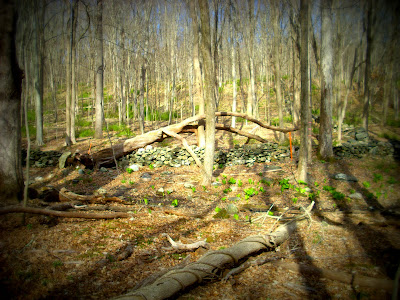 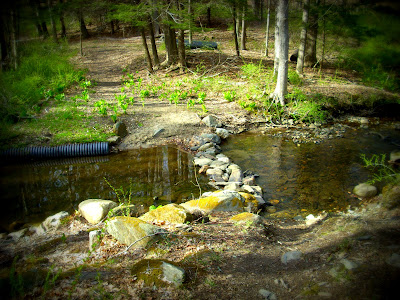 Not only were the trails crap but I didn't get a decent GPS track because I was having HR monitor problems en route and inadvertently paused the GPS without turning it back on so what you won't see in the map above is where I crossed the Dingle Brook and road to Dingle Brook Road.  On the way back, I noticed that there was another trail north of the stream and paralleling it but it didn't look very developed and I am glad I didn't decided to ride it because I didn't realize the GPS wasn't on until I hit the Brookfield town line. 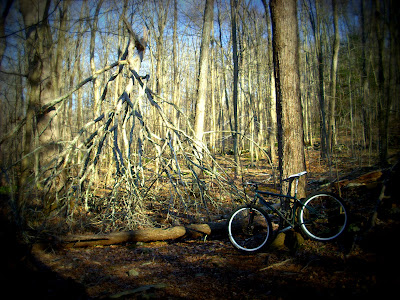 On the Brookfield side, there is a loop in the Town's Open Space Property call the Burr Farm Trail.  It had it's share blockages, including this near the bench by the Dingle Brook.  The way from here is a hike-a-bike on a single speed.  All in all, I still had a good workout and all that matters.
at 6:00 AM