SSAP Pre-Ride Do Over

Had to take a half day from work Friday in order to get another training ride in at Stewart before next weekend.  I stopped in first at Dark Horse Cycles to pick up my bib (#154) and wouldn't you know it they had a few 29er forks for sale.  With the sale of the diSSent and a few other things I had the money so I pulled the trigger on a RockShox Reba RL.  It was time, especially after 20 miles of bone jarring riding last weekend. 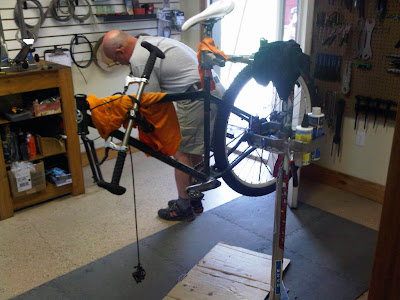 If he couldn't put the fork on right then and there I probably would not have bought it but he did and it looked great!  Felt great, too.  I was able to really rip it up down hill in a lot places and didn't feel like I just spent the last couple of hours taking punches to the chest.  As for the course, this time I downloaded a course file from Garmin Connect, SSAP Course Recon, and it made a tremendous difference.  If I had done this last weekend I would have had a much better run for sure. 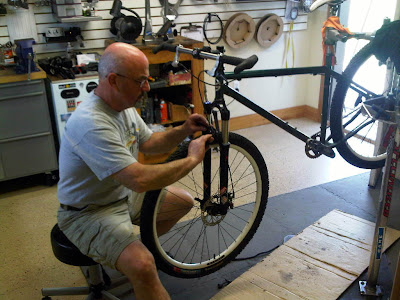 The ride started off easy, much hotter because it was more towards the end of the day, however there was a nice breeze.  Rounding the corner into Scofield and about 100 yards down the trail I came up on raccoon running down the trail.  When you see a raccoon during the day it can only mean one thing - rabid.  I kept my distance and yelled at it but it kept plodding along.  Finally it ran off the trail only to look back at me and I got the sense it was calling me a stupid human as I rode past. 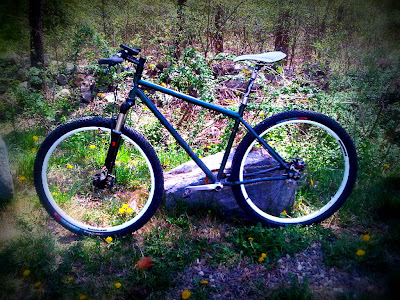 The two descents on the prologue I was able to ride much faster now that I had some squish up front and I flew!  Onto the main course, everything was the same as it was last Sunday only I flew through the technical sections must faster.  Past the powerlines and onto the paralleling singletrack this time I made the correct turn to the left and was on the right trail this time.  A few quick ups that were easy and a few more that weren't. 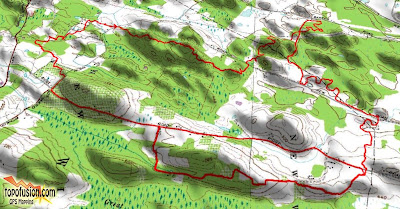 What destroyed me was the hike-a-bike on the 46 Ford trail.  I got the top of that ridge and came down but it took a lot out of me but I kept going but 2 miles later after another hike-a-bike to the top of prime hill I think I was about to bonk.  I got off the bike in the shade, took off my arm pads (I think I won't race with them), took off my helmet, sucked down a Gu shot, and drank a lot of water.  After that I was new man and took off feeling like superman!  For the race, I have to remember to do a Gu before the start and hit another one at the end of prologue, and probably every 5 miles or so.  In fact last year I was some Gel Bot from Hydrapak that I have never used so I am going to try them out.

The rest of the ride was pretty uneventful.  Still felt like a million bucks by the time I was done so I went for a casual pedal on the single track that paralleled Rt 84 and then rode New Rd for a bit until I came to where the course crossed.  Went into that single track and decided to take the Red Trail to Ridge road and that was big mistake because it comes to a swamp that some beavers dammed up and the trail is below the water level so it was quite muddy a submerged.  That meant walking atop a stone wall for 100 yards until the trail rose up high enough that it was dry again.  So I finished the day with another 20 miler and felt really good.