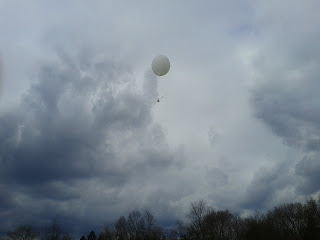 While my daughter at yet another Dance Competition, it was another Boys Day.  So we headed down to the Bridgeport Discovery Museum to check out a project the boys' grandfather is working on that will launch a balloon carrying a camera until the balloon breaks and the camera plummets back to earth, filming the entire trip.  It was really windy and the test team didn't let the balloon get too high.


Then we watched the launching of model rockets.  About 15 smaller rockets were first fired off as a part of a Girl Scout project.  Most the rockets didn't go very high but the last one must have had the wrong engine in it because not only did it go the highest it landed way off in the woods.  After the little rockets, the Discovery Museum launched two really big rockets.  These had D engines in them and the video above is of the first launch.  The parachute never popped out and it ended up going nose first into the golf course across the street. 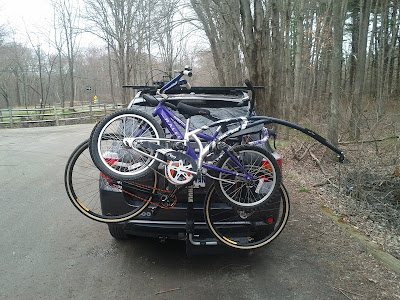 Then the boys and I headed over to Pepper Street to ride the Monroe Rail Trail.  As I was unloading the bikes there was a guy loading up from riding with his kids.  Turns out, he had a Adams Tandem Trail-a-bike and actually got the idea from reading Cyclesnack!  He had the Tandem Folder and was actually able to mount it in his hitch tray rack. 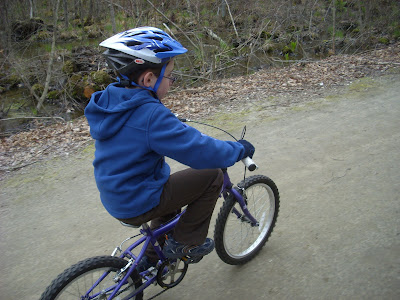 Elliot couldn't contain his excitement and was quick to get rolling.  This was his first time riding without training wheels on big trail. 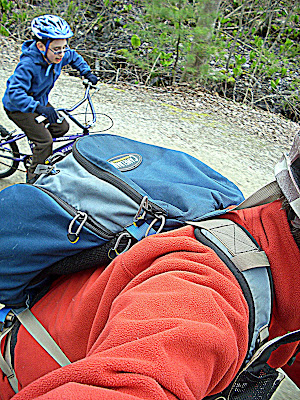 He struggled at first still he found his tempo. 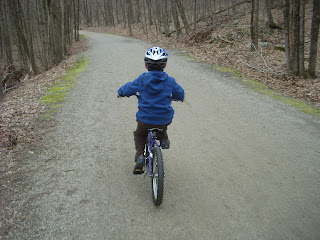 And then he wouldn't stop! 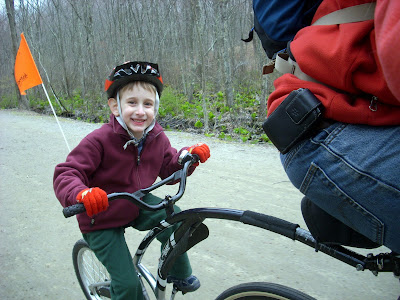 Of course, Brodie was hamming it up as usual on the trailer bike. 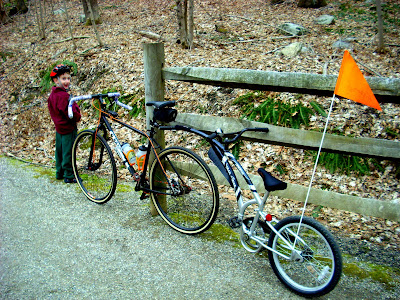 Until of course it was time for his brother to water the plants. 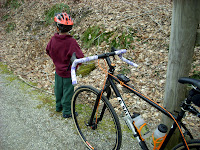 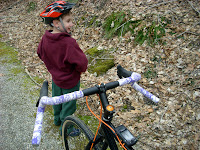 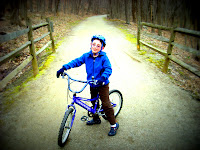 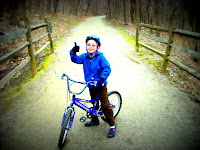 When I asked Elliot what he thought about riding today it was thumbs up! 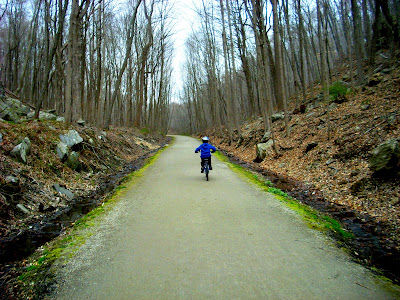 And of course, it was hard to keep up with him on the way back! 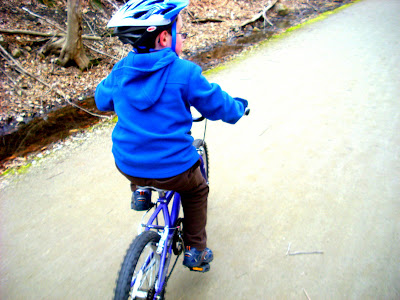 Can't wait to get him on a real mountain bike and some trails!
He is going to love it.
at 7:00 AM