After my last ride on the Qball Monster at Shelton Lakes and the little mishap in the woods where I lost a bar end plug I decided it was time to re-cable the bike.  The rear cable housing was never quite long enough to be begin with and it always nagged on me so what better reason to buy some new cable and make it happen. 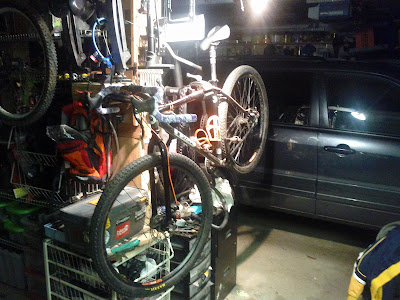 I picked up some more Clarke Cables at the Goodie Shop, however one thing I noticed was that while there was plenty of housing for the rear brake, there wasn't enough left for the front brake.  Fortunately, I was able to recycle the housing that was being used on the rear brake, which was plenty long enough for front. 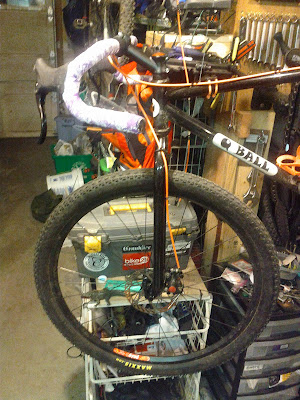 I also picked up some sold blue bar tape from Origin-8 because I really like the Blue/Orange combination but in the end went back to the marbleized purple because there was nothing wrong with it.  Might as well save the $$$ and put it towards something else. 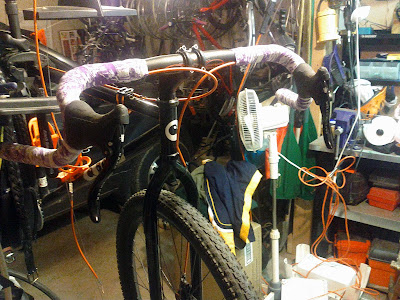 While the Doctor gave me the green light for riding in the woods I am still planning on taking it easy and probably just hit a local rail trail for my first ride post DVT & PE episode.  Next week I am going to start working out on the Kona for SSPA.
at 7:07 AM