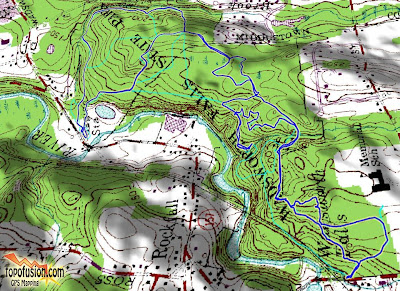 Since I already posted a trail report over on the CT NEMBA blog, this post is more of an over flow of pictures that didn't make that posting.

I was actually interested in this bike, saw it on Craigslist a few weeks back and thought that it would make a good Monster Crosser.  The unfortunate thing, however, was that it was too small for me.  Still, I would not hesitate to buy a similar but larger bike on this nature because it would be the perfect rail trail bike.  Just add some Salsa Wood chippers and barcons! 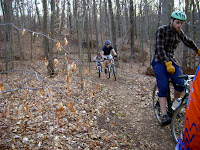 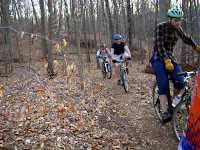 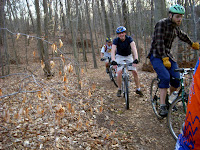 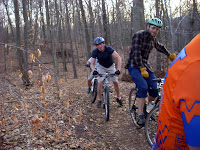 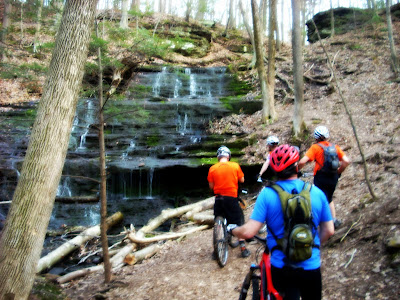 Towards the end of the ride we rode up to Little Falls and there were even a few attempts to try and ride up the blue trail but none were successful.  It's just too steep.  Someone said, "You might be able to make it on a 29er."  Yeah, with a 11x36 cassette and Granny to lend a helping hand. 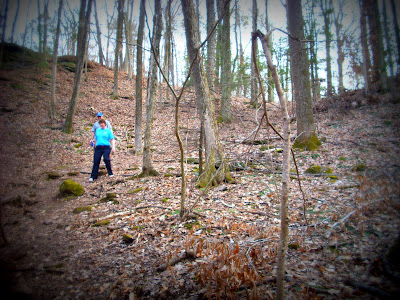 CT NEMBA has been looking at doing a trail reroute here but it would be a major undertaking requiring a significant bench cut starting from the base of the falls and gradually climbing up and eventually meeting up the main feeder trail.  It could be done but in order to do it right I think the whole trail has to be rerouted as shown in the graphic below.