Dayglo Green, it's my new Orange 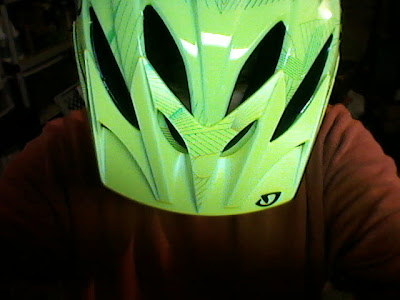 While I would have preferred to have purchased the Giro Xar in orange, my second favorite color is just about all variations of green but I didn't by this helmet for the color but it certainly fits.  I bought it for the fit!  What a nice fit and it's a medium, too!  Of course that could all change when I get my ears lowered later this week. 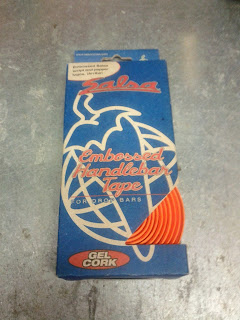 Speaking of orange, I did pick up some nice orange bar tape from the Bicycle Center last week but now I am on the fence on whether to put it on the Qball or not, largely because after selling the diSSent I am re-evaluating my biking needs.  The question I am wrestling with is whether to gear the Qball or not to gear the Qball and get  a cross or hybrid cross bike.  What I really want is a Cannondale XS-800 because that headshok gives me enough squish to take the edge off when on rough terrain and it's the perfect bike for riding the dirt roads and singletrack in Roxbury and Washington, CT.  Also, it would make a nice Rail trail bike. 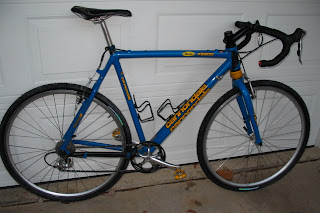 My quest for this bike almost came to fruition when I found one of eBay but the bidding went beyond what I was willing to pay because the bike was rigged as a single speed.  The other alternatives are the Cannondale Quick CX1, but I am $600 short of that price tag.  The CX3 is doable but it doesn't have a headshok, rather a regular squishy fork and it's really heavy.  Perfect bike, with the exception of the Shimano gearing and flat bars. 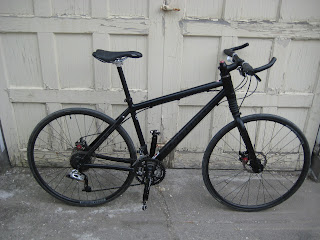 The other alternative is the Cannondale Bad Boy but it will have to be a later model, assuming I can find one because 2012s come with a left style shock or none at all.  The Van Dessel WTF is on my mind so I don't know at this point.  Hopefully, something will come along that fits my requirements. I failed to start working on the Spot Wednesday night.  Instead I cleaned up the Mancave aka Bike Shop aka garage so I could park my car in it once again.  Sprummer seems to have come and gone and now we are back to normal, early spring weather here in New England so I prefer getting into a warmer car than a cold one when I take the kids down to the bus stop.  The only thing we are missing right now is the rain.
at 11:47 PM

oooo No don't gear the Qball - leave it as a single speed and finish of the orange theme! Qball plus the Spot and another bike for commuting what more do you want in life?