Another Monster Crosser on the Gussy!

I finally got out after work to ride in this unseasonably warm weather we have been having this winter.   Maybe it's premature but I wonder if we need to reconsider when the seasons end because while on the calendar it says winter we are definitely in spring right now. 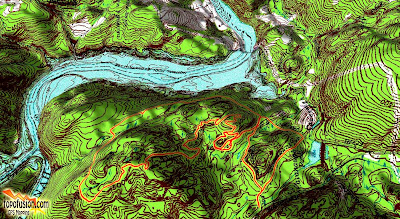 Headed out to the Gussy once again on the Kona Unit and was nothing has changed much along the Poly Brody, the tree is still down blocking the route and it appears a few people have found my go around.  I was thinking that it might be high time to start riding a route that parallels the Brody just for some variety and this might just be the impetus to do so, not to mention there are some drainage issues along the Brody that make riding through there a bit sloppy.  Towards the end of the ride I did a Take 2 on the Reach Around and I think it's almost ready for primetime.  Just have to reconfigure one turn but the rockgarden that it ends up at is definitely rideable - I did on a rigid bike! 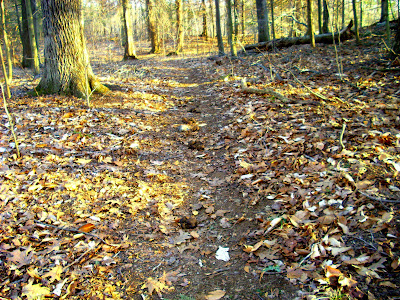 Looks like the horses are back!  What I don't get is there must have been more that one horse because there were more road apples down before the Wetspot and no one got off their (high) horse to kick it off the trail?  I could see that maybe the first ploppage could have come from the trail horse so the riders might not have noticed but the second event, there is just no way they could have ignored it.  Or vice-a-versa.  Are equestriennes that arrogant that they feel that everyone except themselves should enjoy their horse's excrement?  KICK THAT SHIT OFF THE TRAIL! 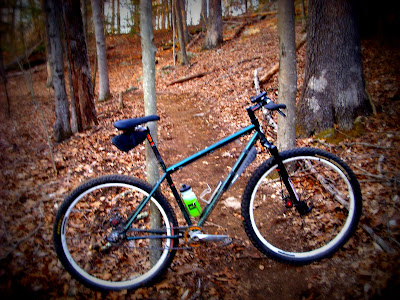 The Kona was riding nicely but I did happen to notice a new creaking sound that might be coming from the seatpost.  Riding rigid and with a carbon fork is unbelievably smooth.  Sure, I feel the bumps but it doesn't feel at all bone jarring.  I think I am ready to gear down to a 19t.  The other thing I noticed on today's ride was that I wasn't hitting the HR alarm on the climbs so it looks like my fitness level is coming back. 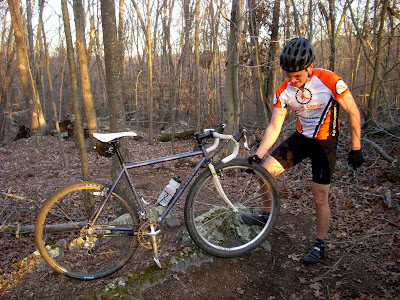 Coming up to the Blue Cross / Blue Shield roller I met the Graham from The Bicycle Center riding his Soma Double Cross as a Monster Crosser with Special-Ed 29x1.95 tire upfront.  No one ever said that you have to have two fatties on the bike to make it a Monster Crosser.  I am actually considering this bike as my next aquisition, at least the frame, because it will do both Cantis and Disc brakes, and of course it's steel. 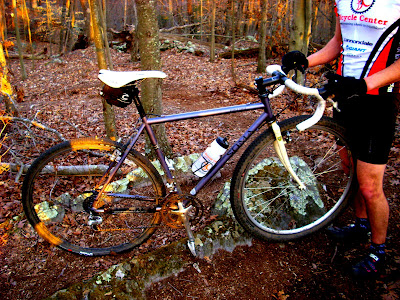 Graham's set up is more road-ish pushing 53/39 upfront and roadie, clipless pedals but it's cool to see another Monster Cross out in the woods!
at 6:43 AM