The diSSent is back! 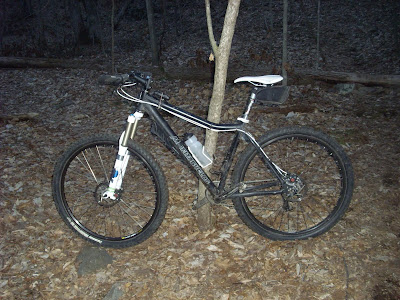 After almost two weeks in the shop, the diSSent is back! Shawn over at The Bicycle Center, in Brookfield, did an outstanding job on the tune up that I thought I botched.  It turns out that SRAM had a bad run in their 2011 X9 shifter line and that they were prone to stripping in the shifting mechanism.  When Shawn called last week after bringing the bike in and telling me the deal with SRAM and that they were going to warranty the shifter my confidence was restored and I came to the conclusion that I didn't screw anything up, afterall.  Still it was good getting the bike turned up, having the brakes checked and replacing the cables. 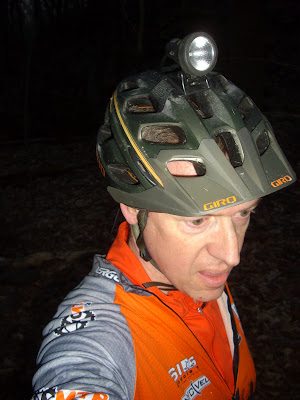 Once I got home I thought I had better take advantage of the stellar, winter weather we have been having by going for a test ride.  Even though it's staying lighter later I figured it would be best to bring along the Helmet Light just in case I misjudge when it really gets dark.  Good thing I did because I was 3/4s of the way down the Gussy Trail when I thought it would be prudent to turn on the light. 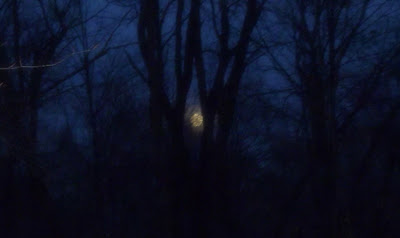 The diSSent was impeccable.  Compared to the ride I had on the Kona on Sunday, riding this bike was absolutely dreamy, largely in part due tot he Fox F29 fork upfront.  Everything that felt on Sunday was smooth as butter on the diSSent.  Although, I still have to get used to riding gears and remembering to downshift into the incline rather than when I am almost out of power (it's the single speed mentality) I had a pretty good ride.  I can still feel how out of shape I am because I hit my HR max quite a few times on this ride again.  Just have to keep riding to get back to the fitness level I was at prior to my knee surgery. 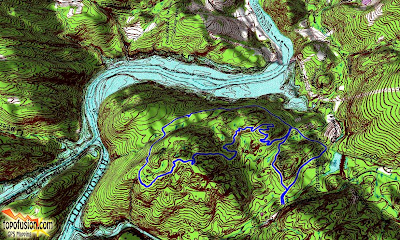