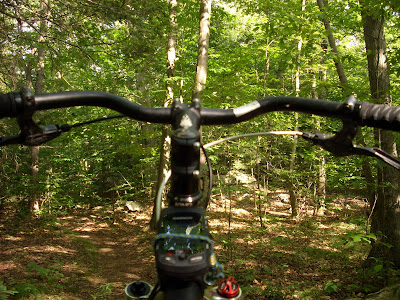 What do they say, JRA, Just Riding Along, and while I was JRA I thought to myself that after two months of riding gears, and now back to being single again (riding single speed again) that it is fun after all.  And I am finally starting to appreciate the diSSent.  I guess if I had worked out longer before race season started I would have come to this epiphany sooner, damn snow.  Today, I had a great ride on the diSSent and you might notice in the picture above I am holding my Garmin with a bungee now that is because I almost lost it a couple of months ago when it fell off after hitting it.  Won't be taking that chance again. 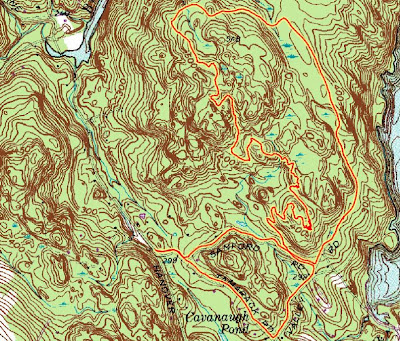 I was having a great ride on the Gussy and the bike was really eating up the trail.  It got better when I found that the tree that was blown down in the non-Tornado was finally cut.  Trying to find out whether it was the state's doing or not.  I think it was. 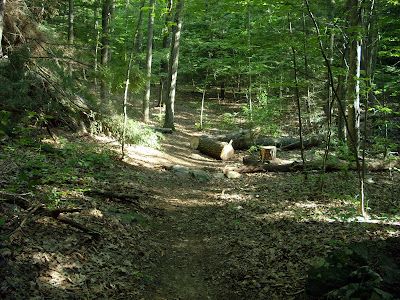 There's lots of cuttings to do something with and hopefully we'll see some sort challenge develop over time.  I am sadden because I really wanted to do reroute to take advantage of the channeled section of nearby rock outcroppings. 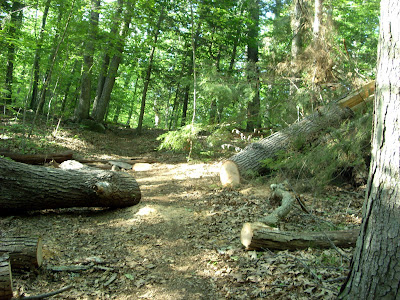 Speaking of re-routes, I did an insta-foot (sans rake) re-route around Widow Maker II.  I need to go back in and flag the route, the rake it properly and probably do some bench cutting.  Probably next weekend. 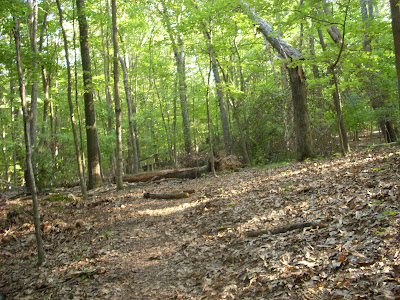 There is a nice little rock that you roll or huck 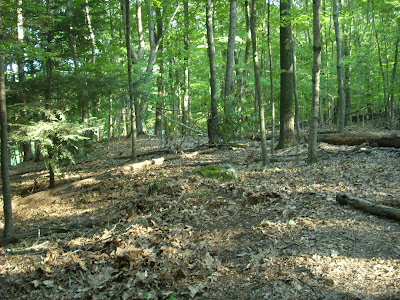 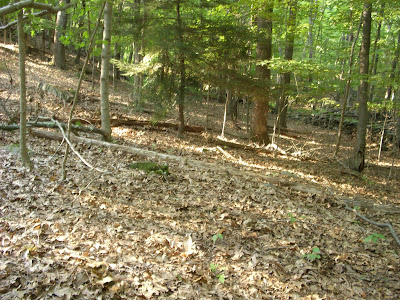 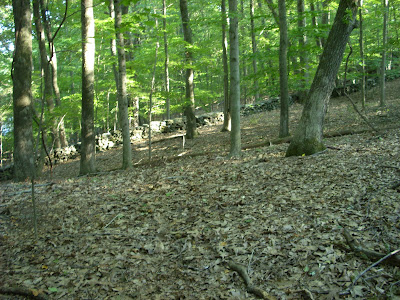 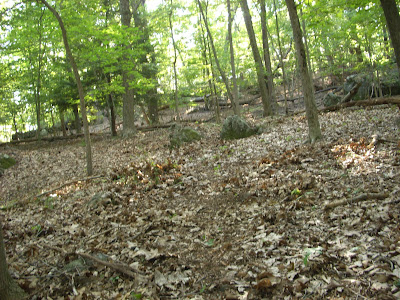 And I re-reouted the trail through these two rocks that you can huck or roll through as well. 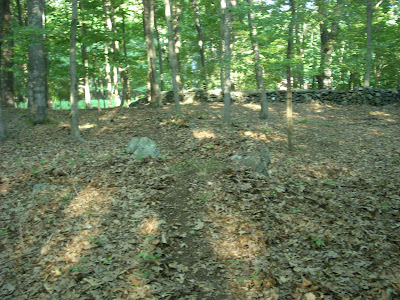 This is an interesting trail you working on Mark. How many person-hours are needed each month to keep it up? I've never done trail/mtb riding before...maybe I will when I am sick of traffic!

@Ben, I ride the trail so much, since it's so close to home, that it doesn't really take much to maintain.