It's been over two months since I was last at Upper Paugussett and the last time resulted in a much regrettable experience in which I taco'ed my front wheel on the Dillinger.  I haven't been ignoring Upper Paugussett, rather it's taken a lower priority on my hit list for Winter Activities but I really wanted to get back to see how the Gussy Trail was fairing and try to visit it at least once with the Snow Shoes.  Parking at Echo Valley, because the lot hasn't been plowed can only accommodate one or two cars. 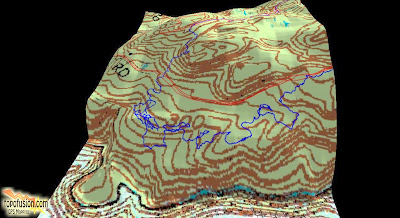 It was lightly raining raining when I started out and later it got much worse but I was determined to make the most of it.  Rather than go up the Poly Brody, I starting following a hunters/game path that I found last fall.  The one thing I love about snow is that it neutralizes the terrain and makes finding the trail much more easier, granted in the map above I did do a lot of back tracking because if I ever tried riding this route I would really want it to be perfect. 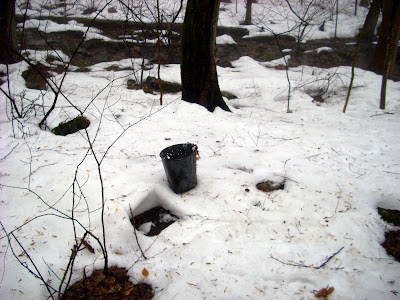 I am always amazed at the lack of artifacts that occasionally pop up in the forest.  This old bucket could be anywhere from 80 to 100 years or more old and here it was, shot up a bit, but really in the middle of now where.  I found a similar bucket last year on the other side of the forest.  Besides an old skidder axle the only other artifacts that I have found include an old milk bottle and an old gas can.  That's it!  I have also found old camp grounds and the like but those, at most are 20 years old. 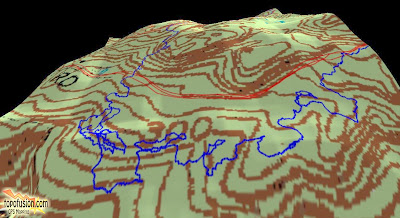 The bushwhack really opened my eyes to what's back here between the Fire Road and the Blue Trail along the water. 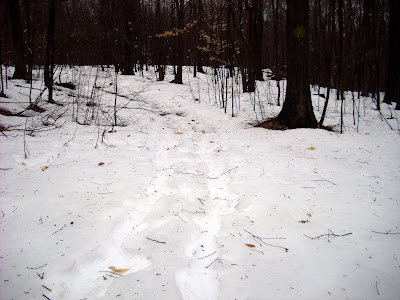 Up on the Gussy Trail, it appears someone on an ATV rode up the beginning section.  Either they went as far as the Pine Cut or they continued down the horse trail.  I couldn't tell because that are had a southerly exposure and there was no snow. 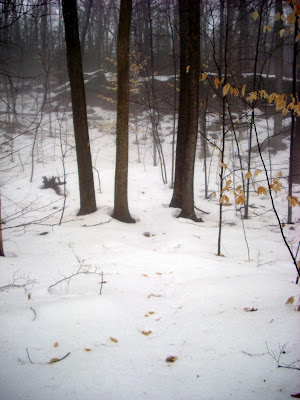 This clump of trees is where I taco'ed right before Xmas 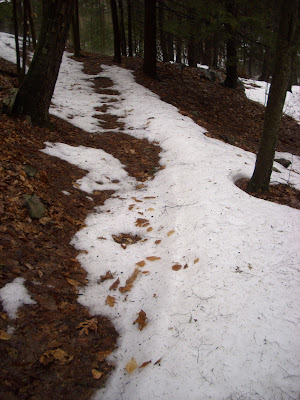 Somebody ride through here a month or two ago? 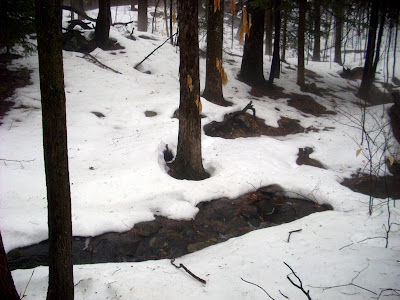 All the streams were running full tilt 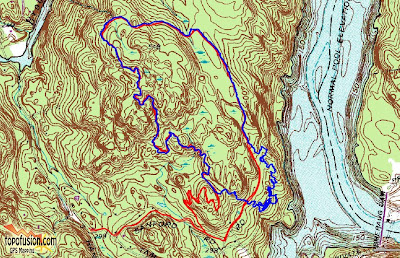 The map above shows the regular Gussy loop in red and Sunday's route in blue.
at 5:35 AM