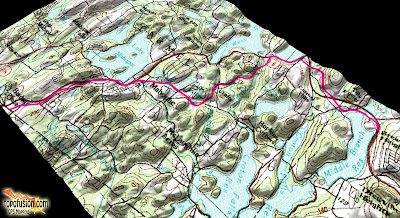 Found out earlier this morning that it was OK to ride after my Colonoscopy on Friday so I took my daughter Katie with me to ride the Tandem on the Old Put, or the Putnam County Trailway which is the old railroad right of way for the New York and Putnam Line. A couple of weeks ago I rode 20 klicks round trip on the trailway with my fixed gear pulling my son Brodie on the Trail-a-Bike but today's goal was to do the entire section, which is Brewster Heights to Baldwin Place and the boarder with Westchester County and the North County Trailway. 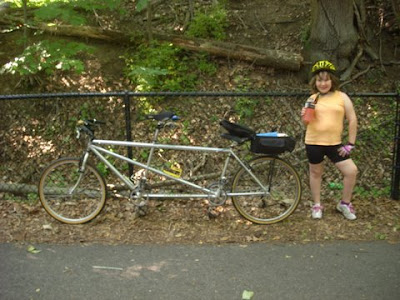 I forgot to bring water bottles so on the way over to the trail head, Katie and I shared a 32 oz bottle of Melon Powerade and then she got thirsty around 7 miles in so we stopped for a hydration brake. 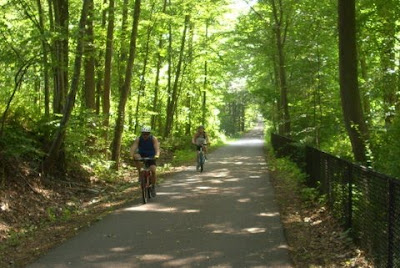 There were quite a few cyclists on the trailway and I would say that 3/4s of the people we passed were wearing helmets the like the couple of above. Most people were riding either mountain or comfort bikes. There were one or two overpriced carbon fiber jobbie and a few guys riding old crappy ten speeds. None-the-less, it's great to see people riding. 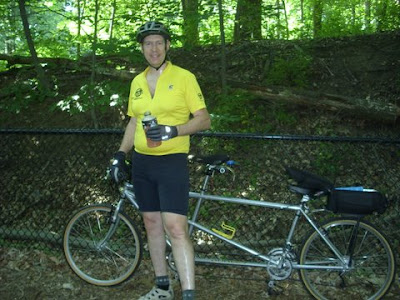 This trunk bag that I bought last year with the insulation in it really comes in handy for these kinds of rides. The Strawberry Lemonade Powerade was ice cold along with the apple and orange I brought along for a snack later down the trail. 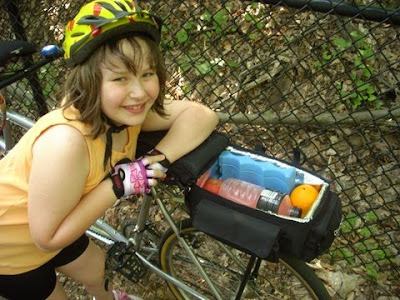 Around the 9.5 mile mark, the Old Put ended and the North County (Westchester) Trailway started. Reading the wiki article is very enlightening if you are into trains because I learned there was a branch line that went north from here to a place called Mahopac Mines. The only other branch line I knew of went from Mahopac over to Golden's Bridge. It would be cool if that section were opened up as an additional trailway. 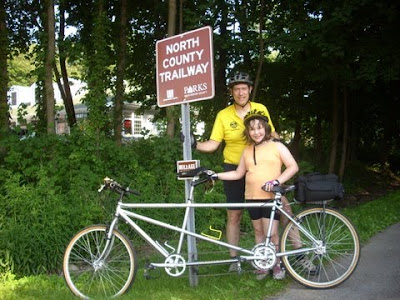 By looking at the profile you are actually climbing up to Mahopac from Brewster and then it starts to descend towards Westchester. I would like to try riding from Brewster Heights to Yonkers some time, which I think would be around 100 miles round trip. That would have to be on the Monster Cross and I am thinking a ride like that would require quite a bit of water and snacks. 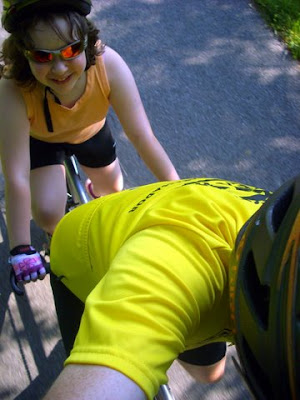 On the way back it was time for Tandem antics. I have found that Katie likes to ride without holding the handlebars. I don't mind most the time except when we are climbing. 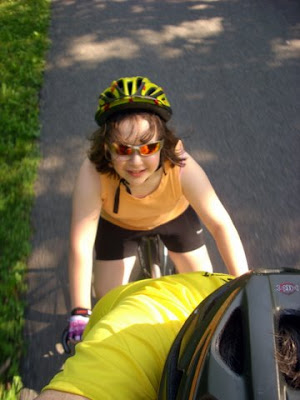 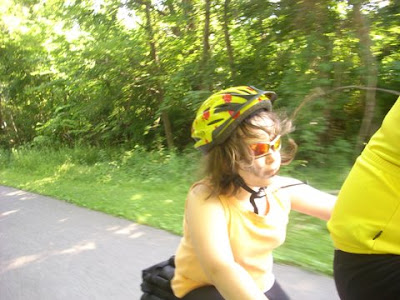 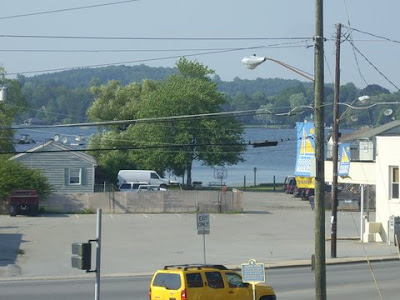 At Lake Mahopac we stopped to take a few pictures. 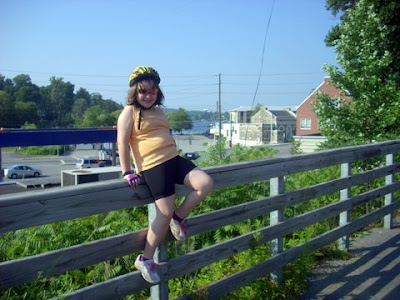 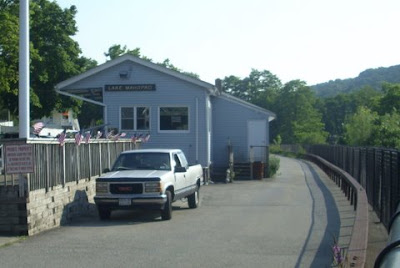 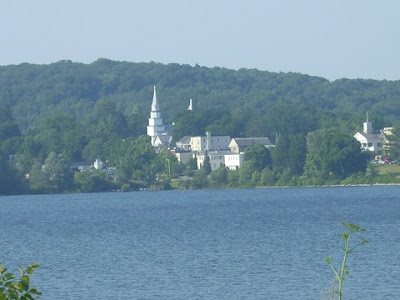 Here is what you see at Lake Carmel 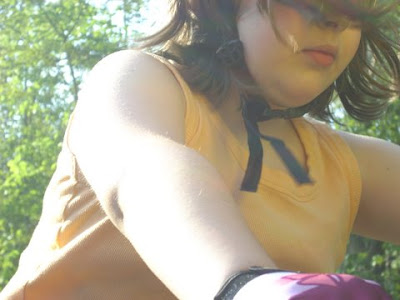 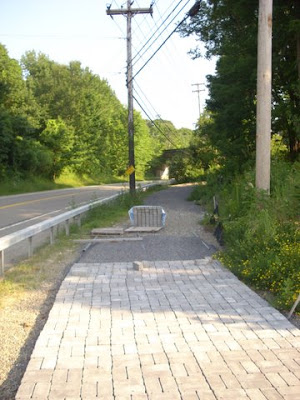 End of the line. Apparently the State of New York is going to extend this to the Southeast/Brewster North Station and it is rumored that it's going to run along side the Maybrook Line all the way into Danbury, CT! 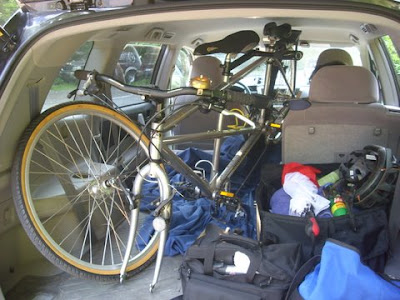 Still haven't picked up a Tandem Carrier for the roof so instead I shove the bike into my car and it fits nicely, as long as the rear wheel is sitting on the center console.
at 4:22 AM

glad to see you're back on the bike!

Thanks, it feels good to be riding again.