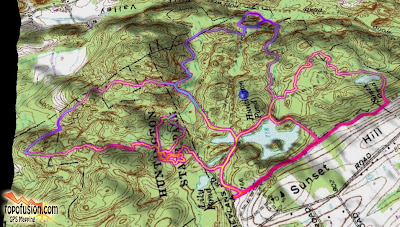 Rode another 10 miler last night in preparation for the Root 66 Race at Domnarski Farm. I wasn't really riding for time but I had a little geographical confusion/orientation issue in the big burn section of Huntington which triggered my Mapping Obsessive Compulsion Disorder to analyze where I went wrong. 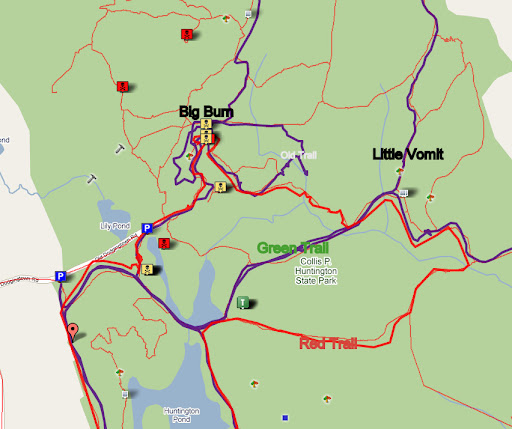 The issue was that I was looking for an infrequently used trail that connects the Big Burn to the Green Trail but it seems that I missed the turn off, which is by the Saddle Roller and ended up following an old trail down to a stream/swamp with no way of crossing - obviously not a biking trail.
Below I have drawn it in where I should have gone on a blow up of my 3-D map. 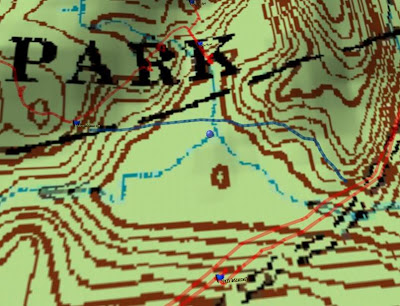 Here is what the trail looks like from when I first rode it back in 2005. Back then, while still riding my first mountain bike I recall coming up to a really steep section and having too much weight forward on the bike and hitting the brakes causing me to experience the joys of my first endo. Ahhh, those were the days! 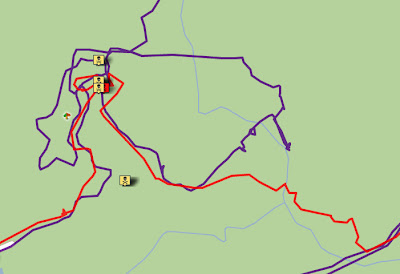 I think this steep section where I chickened out is between the A and R in the map below because I recall being able to see the person that I was trying to keep up with near the stream crossing. Just after the stream crossing, another person that we had met up with while attempting the climb on the other side of the stream ended up chipping a tooth on his stem. 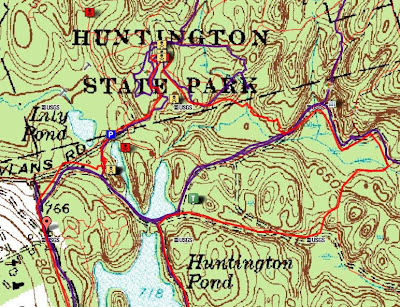 I met a guy on the trail by the name of Larry who was riding an old school rigid geared bike. He was having fun sweating and getting lost on the trails. Later, I ran into Kevin, a guy I know from work, who is training for the VT50. I was thinking of doing the 50 this year but since I no longer have a geared full susser rig I think I might wait till next year to try it.
Speaking of bikes, I heard back from Soul Cycles. They will replace the frame when I show them a picture of my frame with a major tube cut all the way through. Makes sense when you think about it otherwise what would stop you from reselling the old frame and getting over on the manufacturer. I think before I go to all that trouble though, I am going to take the Dillinger into Brookfield Bike and see if they can find the source of the noise. I don't have the tools to pop the headset cups out of the headtube to see if there is a crack in the frame that I can't see from the outside. Of course, it could always be the headset, so I really want to put this to rest once and for all.
at 8:00 AM