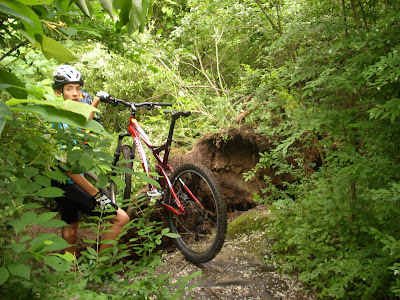 If you haven't been down the blue trail lately near the Statues Parking lot on Sunset Hill Rd you are in for a surprise. There is a big blow down blocking the trail. 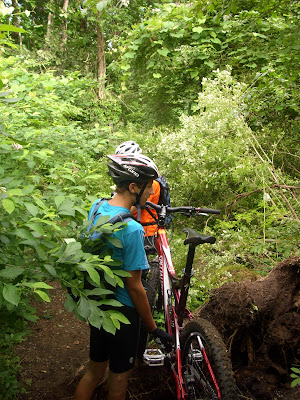 We got over it but it took teamwork to haul our bikes over the blockage. Hopefully, this will be opened in two weeks by the time the Happening at Huntington takes place. 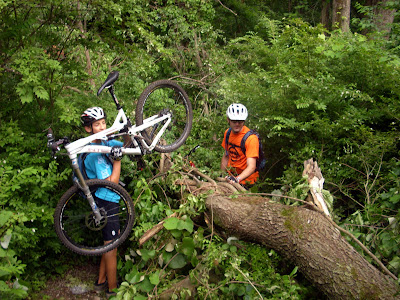 Trying to keep things different we mostly rode the opposite end of the park this time around. At the South Pond Dam, Chris ran into his 4th Grade teacher. The Teacher was hanging out with a female friend and looked they might have been getting a little cozy.
Hitting most of the Singletrack on the southern section of the park and cruising down the carriage roads was fun and we hit the single track that goes over the stream that connects the red and blue trails. There were actually some people walking their dog on this section, something I have never seen before. 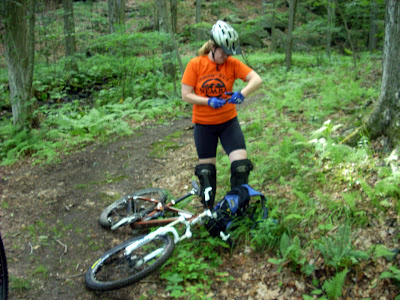 Paula needed to stop and update her Facebook status.
Then it was time to climb back up on the blue trail. Paula bailed on us at this point because she was feeling worn out after riding Blue Mountain on Sunday. We rode up Little Vomit and again I made it halfway and got hung up in one little technical section. Worked our way over to the Big Burn and did some rollers and then headed back. 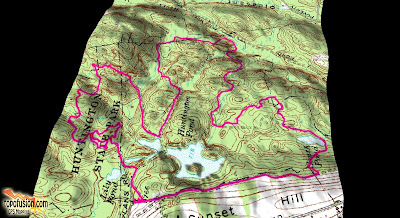 And what, they didn't think they'd get arrested?