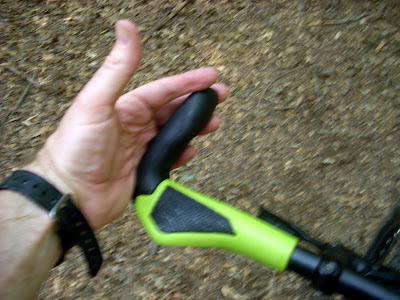 Headed over to Pequonnock River Valley in Trumbull for a Father's ride I forgot my gloves! I have been riding 6 years and not once have I ever not ridden without gloves. I was able to ride but I had to keep drying my hands on my shorts, otherwise my hands often slipped off the grips. It was a little disconcerting but eventually, I got used to it. 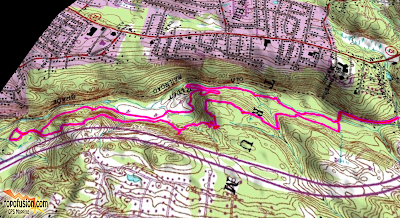 I met up with Tren at the Whitney Avenue lot in Trumbull and after a short sprint down the rail trail we descended into the Valley, crossed Coyote Crossing and headed down the Blue Trail. I think it has been over three months since I have ridden PValley and there are some interesting changes taking place. The Trumbull Trails Coalition has been really active and definitely made some good improvements to the trails and I think there is more to come. In the picture below, you can see where they nicked this low spot so that the water would drain rather then sit and thus get muddy. Although it may need another between the nick and the up-and-over. 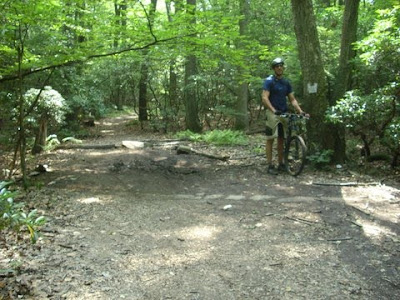 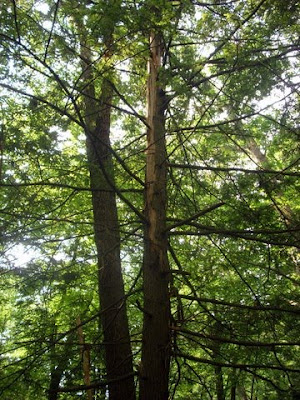 Up on the red/trail over near the highway we found this tree that was struck by lightening. The bark was shredded in a line starting from the top and running down to the base. Not the tallest tree in the forest either. 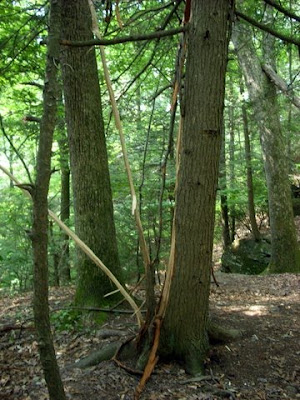 More evidence of the TTC's handiwork. As you come down Mullholland Drive (yellow trail) and cross over the stream, which by the way has been re-armored, there was this log sticking into the trail. The log has been moved over a bit and this section has been re-armored making it better to traverse. 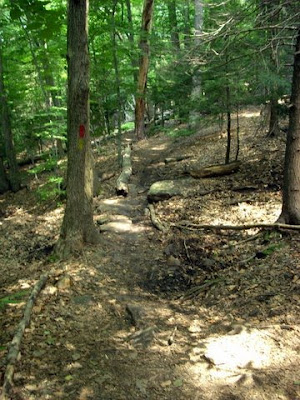 At the intersection of the Yellow and Red Trails over by the access road from the highway there is this big roller that I have been meaning to try. It starts out flat, goes steep, but has a smooth tranny. 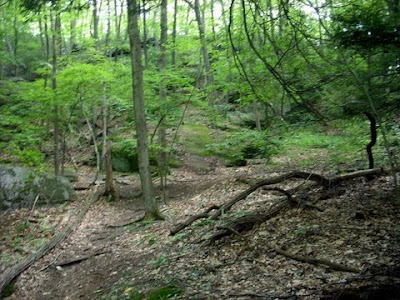 Here is a quick little video of me rolling it. Looking at it retrospectively it didn't feel right going down and think that was because I should have had more weight over the back of my rear tire.

At the intersection of the Yellow and Red Trails at an area that is called the lunchbox because there is a rock there that you can roll on one side or drop on the other. The heat and humidity was having an effect on Tren and I think we was borderline heat exhaustion. I made him drink from my extra water bottle, pour some water on his head and him drink some of my Powerade. After a long break he was feeling a little better but none-the-less decided to head out of the park and back to the cars. Unfortunately, we were still about 2 miles from the lot.
This is why on hot and humid days it is so important to pre-hydrate your body by drinking a lot of fluids before you ride and then take sips along the way. It must have been 85 degrees and extremely humid. By this point we were both soaking wet in sweat. 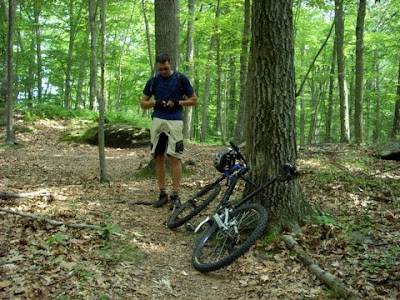 The Yellow trail splits off and goes into the area that we call Bastone because of all the cedars and exposed rock and in the winter time reminds me of the forest where Band of Brothers was shot. Or you can take the Red Trail over to the Picnic tables. Both trails meet up at the Rusty River. 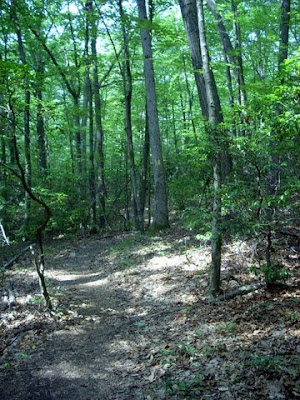 Riding through the Hemlock forest of Bastone helped Tren because it was cool and shady. The exposed rock on the Yellow Trail is really fun to ride and we call this section the Slab Rock Trail. 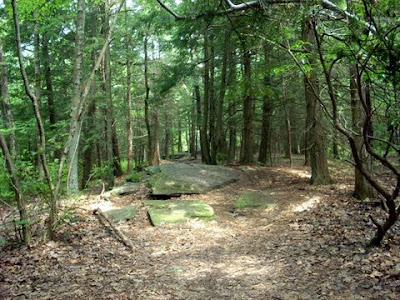 Bastone is labyrinth of trails going all over the place without much rhyme or reason. There is a really big roller in the middle somewhere that I often stumble across when I am trying to make sense of where all the trails go in this section of the park. Below is a map with some highlights. My problem is that I want to ride all the trails in this section without overlapping any that I have ridden already. 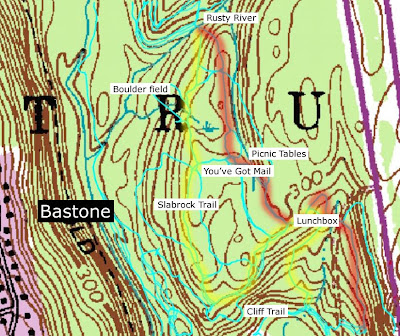 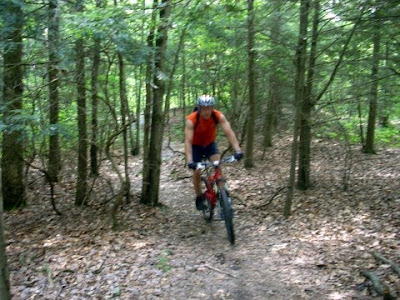 At the intersection with one of the connector trails that goes over to the roller, You've Got Mail, we ran into this rider that we had seen at the spot where the trail nick was done. He wasn't all that chatty when most people that I run into here usually are. 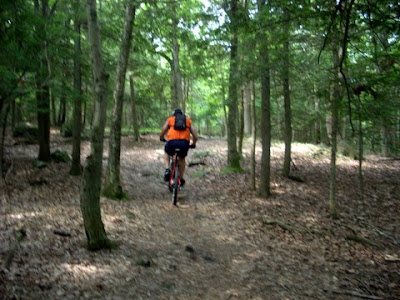