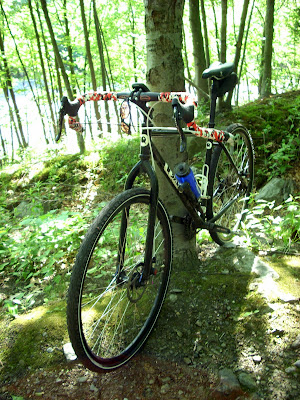 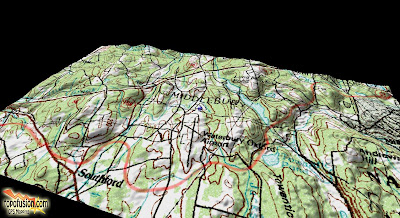 Stopping power with the levers is great because they have more cable pull, they are perfect for disc brakes. The BB5s, well they were on the Dillinger but I wasn't liking them there so they found a home on the Qball and fit nicely. 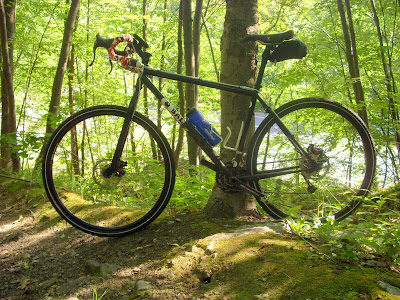 Moving to a thinner tire was a little scary at first but these are 700x42c and a nice step down from 29x2.1s. One thing is for sure, I can feel the difference between the 29er tires and the cross tires. Not as much sluggishness when accelerating and they maintain speed, whereas the 29er tires always felt slower and I had to work harder to maintain a faster speed. 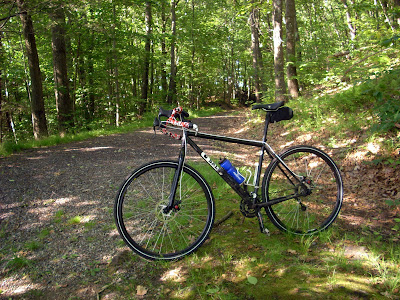 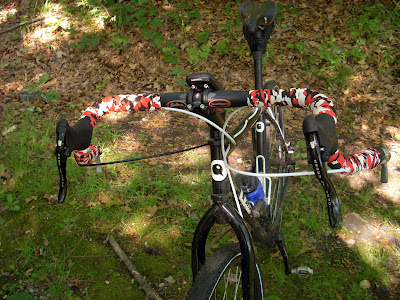 The Woodchippers are freaking awesome with multiple hand positions I never got tired or fatigued in the 22 miles riding. Having a wide armed position for climbing is such a difference, too. At open point I tried to bunny hop a little ditch on the way back and when I landed I discovered the stem clamp wasn't as tight as I would have liked and the bars dipped. After re-tightening them I moved the levers higher and it wasn't bad but what I didn't like was how the barcons were further downwards and that didn't help climbing a few of the road cuts on the trail. Going to have to move them back. 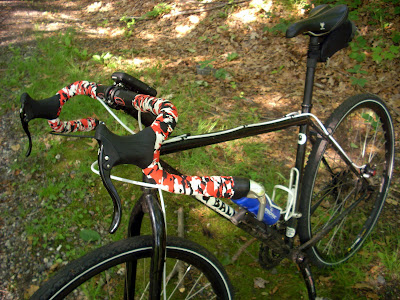 The only thing now is I have to fine tune the gearing. In the lower gears for the short ups on the road cuts my chain would pop between gears so it looks like the rear derailleur needs a little tweaking. I want to try this out on the North Putnam Rail Trail next. Granted, it's paved but I bet I could really get some miles in just two hours. 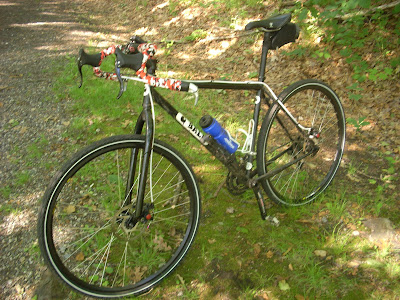 I just looked at your arrivals list. Looks like a lot of people are coming here from C.R.A.B.
I think I need a commission ;-)

The Monster Crosser is looking sweet, especially with a blue water bottle on it!