Getting a head start on Earth Day 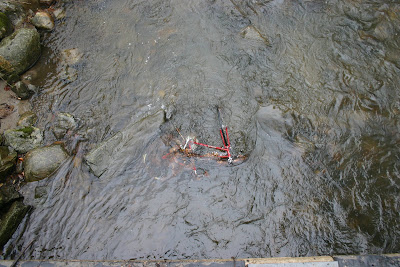 I got a head start on Earth Day on Sunday, almost a month early in fact. Some neighbors called Sunday morning to say that there was a bike in Pond Brook. Headed down to Pond Brook road with my rubber boots and walked along the base of the old Shepaug Railroad bridge abuttment and dragged the bike out. 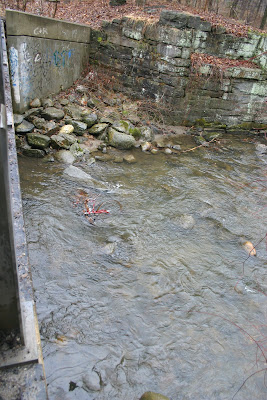 Looks like someone just threw it in the river rather than taking it to the dump. Kind of sad that someone would think that way. Must have been kids.

It's a Pacer S/S ladies bike. Seems the bike is known as a Concord Pacer S/S and hails from the early 1980s. When I get it up on the rack I will find the serial number and date it exactly but from what I have read on the interwebs it's just another frame made at the Giant Factory. While I don't have a need for this style of frame and I don't think there is much of a market for them either it does have some nice components that might be able to use on my next project, another Peugeot UO-8 that showed up at the dump last month. 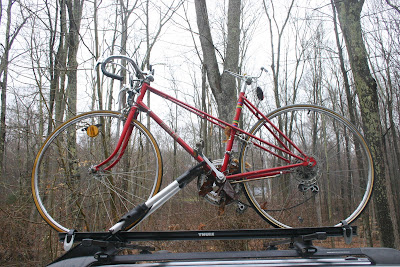