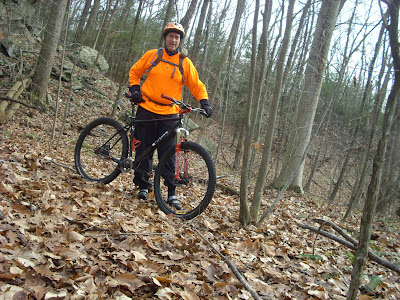 After coming back from Florida the thought of riding in 20 degree weather just seems unfathomable right now and to assuage my conscious for not riding I have been spending time in the man cave working on bikes and it certainly shows in my midriff and on the bathroom scale. Thanksgiving morning, while the kids were watching the parade I headed out to the Gussy Trail. Of course, since it wasn't Sunday, I had to Orange up for the forest. I decided it was time to start riding up the Gussy for a change.

At Sanford road, there was a pick up truck nestled in by the entrance which meant there would be atleast one hunter on the this side of the forest. Riding up the trail on the Qball was fun and except for one climb (shown below) in which three quarters of the way up I spun out on, everything was within easy reach. I was even able to ride up and an up-a-over the trail gnomes built this summer that I doubt that I could have done on the 'Horse in the lowest gear six months ago. All that fixie riding is paying off! 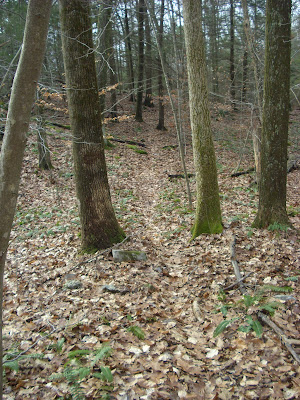 I was taking a break right before hitting the double the cross when I saw another rider coming down the trail. I took his picture and we exchanged pleasantries. His name is Mark and he lives in New Milly. Mark told me that he rides the trails at Upper Paugussett quite a bit and had heard that there was a new trail being built and incorporated it into the loops he rides in the forest. He also said that he frequently rides the Trailway down to Sandy Hook and back but there is a really sketchy section between Walnut Tree Hill and Black Bridge where the trail tracks litterally through a swamp. 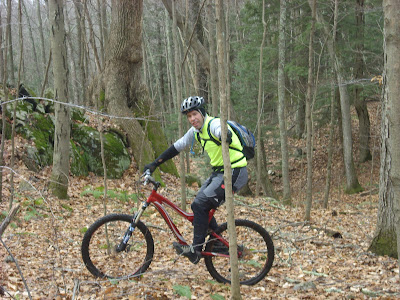 Mark said he was at Upper Paugussett with a group of guys that ride here every Thanksgiving morning. I call this ride the Thanksgiving Day Massacre because they all start drinking before the ride then head out on one of the most technical trail in the county, all beered up, and then come back for more. They come out every year, rain or shine.

I tried it one year but didn't know anyone and wasn't really up to riding the river trail. Ended up riding that morning with some people that I knew and we hit the river trail on the way back. That is when I had my fall which I ended up with a cracked rib. My inactivity resulted in a blood clot in my knee, so I guess you could say I don't have very fond memories of this experience.

There had to have been 20+ vehicles parked at the boat ramp. Lots of bike racks and biking paraphernalia strewn in the backs of the pickups and station wagons. 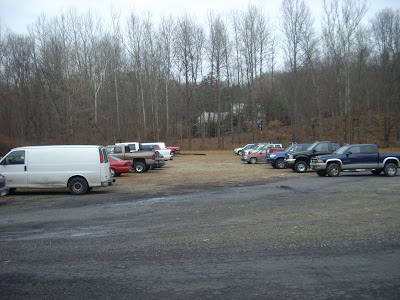 Not to mention plenty of unopened bottles of beers to quench one's thirst after a hard ride. 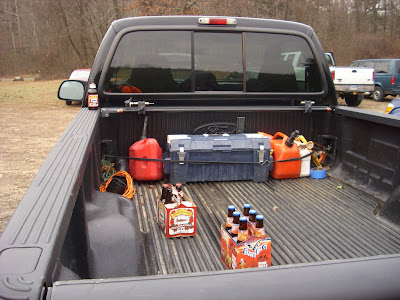 The back of this pickup had an interesting mix of varieties, ranging from good to bad beer and even some hard liquor.

Not sure about the quality and taste of ACME beer but the Honey Brown is low on my rating scale for ride beers. It may have the color but not the flavor. 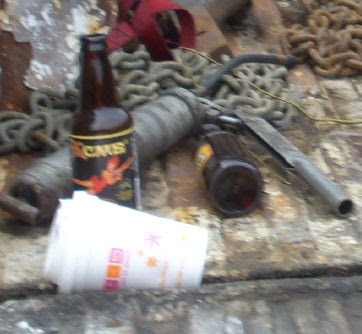 Of course, you can never go wrong with Samuel Adams. I would consider it my beer staple along with anything from Harpoon and Red Hook. 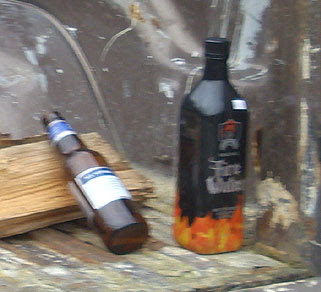 But who ever was drinking this Fire Water probably wouldn't be feeling any pain.

Back up the trail, I saw more ATV tracks. My wife told me she saw a bunch of ATVs running up Hanover last Sunday and this is where they must have been riding. Basically, it looks like they came up the Fire Road and went down the Mulikin Trail. In fact they go all the down past the up-and-over and even went down past the rock wall and opened up the thicket but couldn't take it any longer. 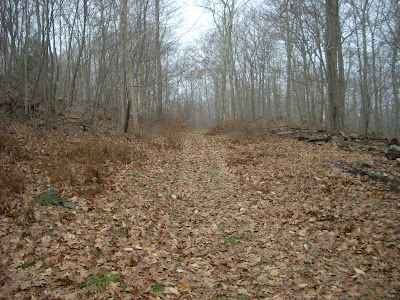 Here is the section right before the up-and-over. I am going to have to block it off with some downed logs that they won't be able to hop over to keep them off the trail. However, what this really means is I have to come up with a better solution to prevent them from getting into the forest off of Hanover Road. 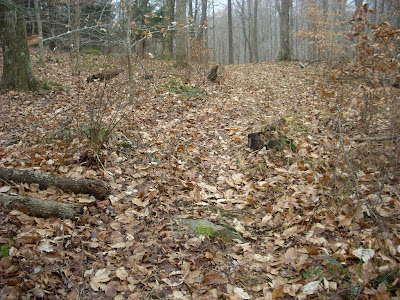 I picked up a few Grunge Boards from Planet Bike because I had a gift certificate from Amazon.com. Put one the Qball and I have to say that it worked really well. The trails were a bit sloppy this morning and the Grunge Board kept the mud out of my face really well. 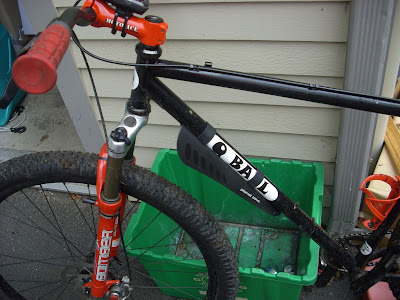 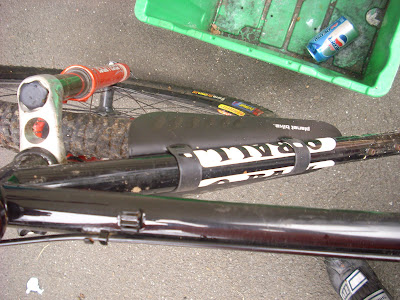 "Man Cave" was a term invented by the HGTV network. Find out the real deal at www.themantuary.com