As I mentioned in the sole post I made during my visit to Orlando last week, I didn't see many bikes plying the roads, with the exception of some vacationers and other big box POSes. However, there were a few bikes being used at some of the Disney parks as props that I visited. 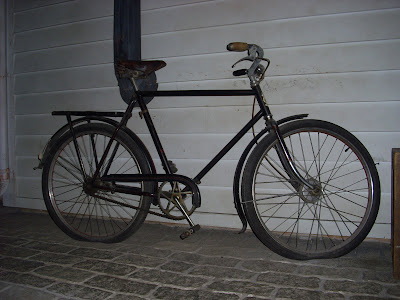 The bike pictured above could possibly be a fixed gear. It has some interesting features, like wooden grips and drum brakes. Of course with the minimal lighting, these grips could be really old leather. It looked like wood to me. 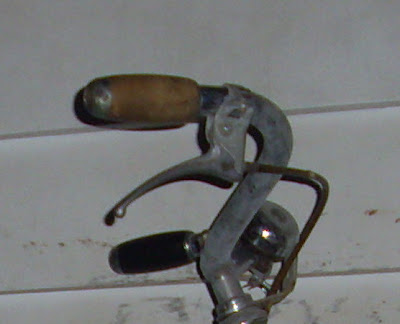 There is no cable leading to the rear of the bike though which could mean that it's either a coaster brake or just a bad prop, afterall the tires are flat. 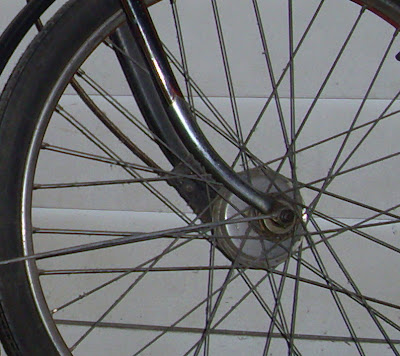 This bike can be found at Epcot at the Norway Exhibit. If you are planning on visiting Epcot and want to see this bike, make sure you going on the Viking Boat ride at that Norway exhibit. At the end of the ride, look to your left along the wharf and you should see this bike. 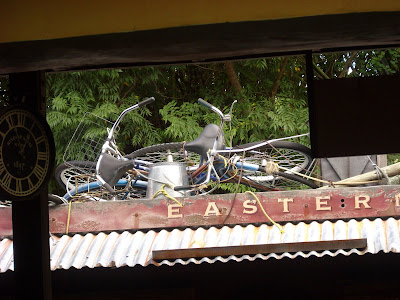 The bikes pictured above and below are found at the Animal Kingdom. My guess is that most of them came fromt he US except for the one at the bottom. Those steel brake levers seem characteristic with bikes found in many Asian countries. 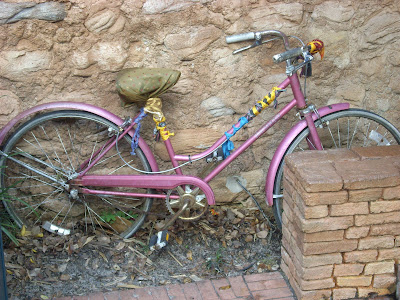 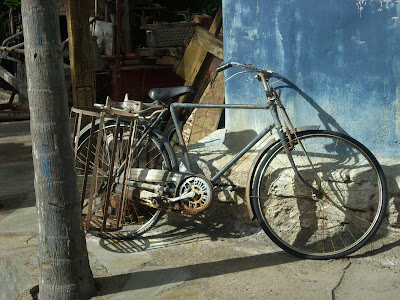 In a way, it was a culture shock not to see bikes on the roads. I think there weren't any largely due to the fact that where I was staying was a resort area and I am sure that if I drove around some residential areas there would have been more bikes on the roads.
at 12:04 PM