What You See Is What You Can Ride at Upper Paugussett State Forest. After doing a re-route around this one tree that fell on the Tree Stand Trail, some folks came in and opened it.  I didn't even ride my reroute on this trip. 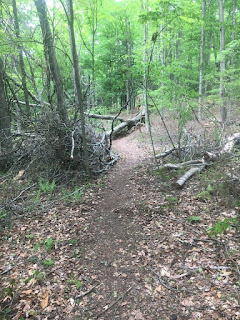 After the stream crossing where the lower Mulikin (purple blazes) turns I found the this tree was cut. 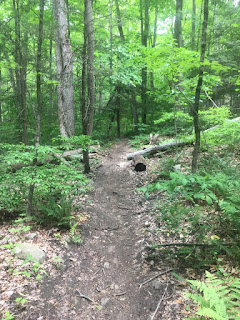 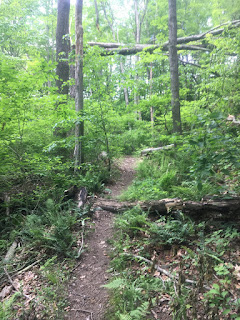 And the trees immediately following the Mulikin's first Up and Over 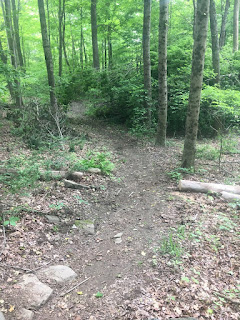 However, there is still this obstruction blocking the Upper Mulikin 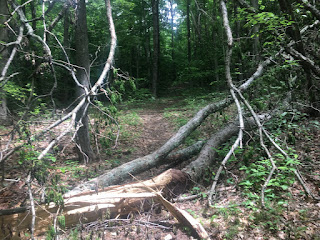 The blowdown on the forest road (Poly Brody) still hasn't been addressed and may not for quite sometime. I need to come back and figure out a good go around for this. 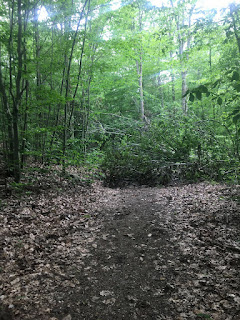 Once I was on the Gussy proper I was amazed at the number of trees down across the trail. I lost track after 15 but there still more than that. 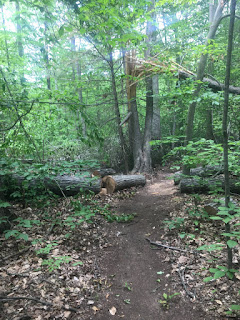 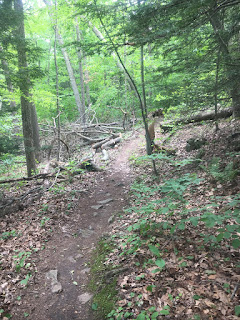 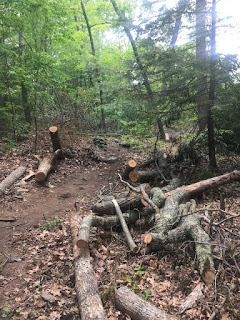 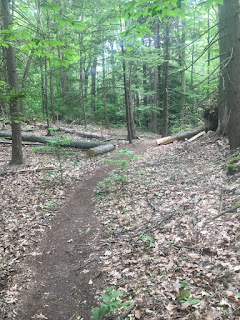 A new skinny to be added to this area 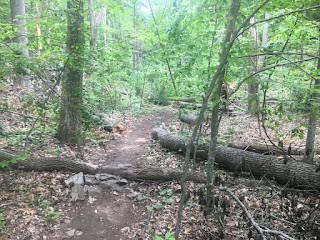 And the one further back will need some tweaking since there is a tree now lying on top of it. 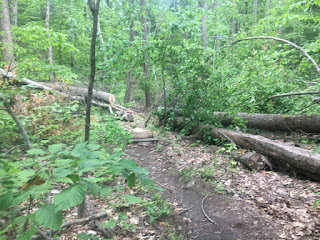 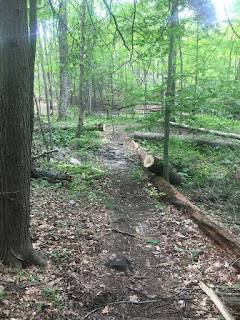 But the most disappointing discovery is that the trail is completely blocked after the intersection with the Unmarked and Unauthorized Trail. 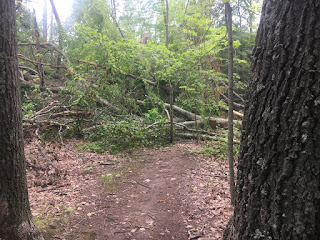 Given the terrain and the fact that there are so many trees down in this location trying to re-route around them will be tough and not to mention I don't know what's going on after this.  I have heard that it's pretty bad. 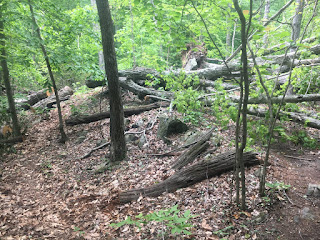 The Unmarked and Unauthorized Trail had 5 or 6 blowdowns but not nearly the amount of destruction that is on the Gussy.  The good news is that there is at least a one loop at Upper Paugussett that is now open.
at 5:29 PM