There were some severe thunder showers moving through the area and they actually let us go early from work because of that.  I got a text from my wife telling me she got an alert of a possible tornado coming through our area about that time.  She told our boys to get into the basement. 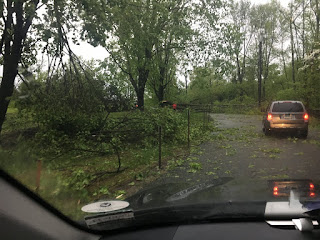 It took me an extra hour to get home from work but the farthest I got was about a mile from the house.  I first tried going up Butterfield Road from Currituck but it was blocked.  Then I tried Pond Brook Road but it was blocked, too.  I went back to Butterfield and some local people with chain saws were able to open up a path wide enough for cars but you still had to drive over someone's lawn.  When I headed down Butterfield Road I found numerous trees blocking the road so I parked in a friends driveway and head off down the hill on foot. 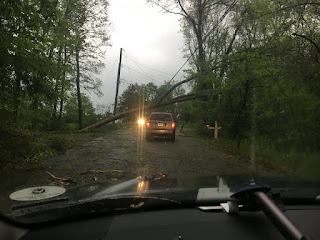 A couple of days later the National Weather Service describes the even that ripped through here a macroburst, which is a sudden downdraft of air, at a faster speed than a tornado, however when you look at what happened to the trees and telephone poles it still looks like a tornado ripped through here. 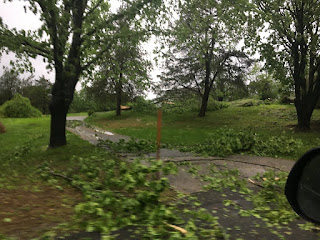 I was talking to someone the other day that lived on Pond Brook Road and they said that they saw a funnel cloud overhead. 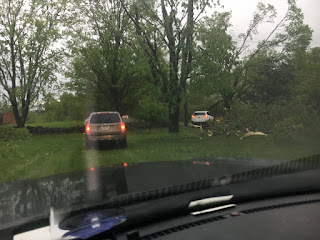 Whether it was a tornado or a macroburst it took out many trees in three or four swaths through the north part of town. 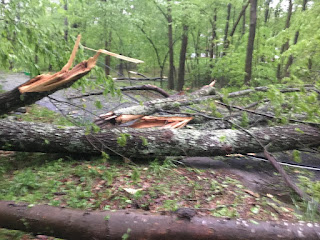 Looks like we will be out of power for quite some time. 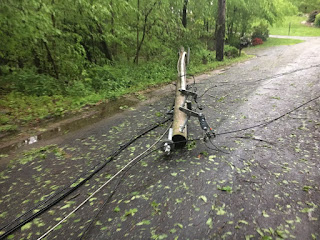