I headed out on Fat Amy Wednesday morning to retrieve my car and as I rode by the Pond Brook entrance to the State Forest I saw that the Pond Brook Connector trail was blocked. I had tried to get into the State Forest from the Echo Valley side earlier in the morning only to find the Sanford Road Trail Head and the drive way leading to parking lot both blocked with blowdowns.  So I went in at the start of Al's Trail right off from Hanover Road and immediately found that it was a disaster area. 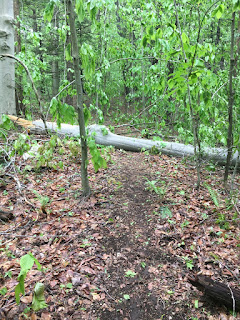 Riding up the Tree Stand Trail the first thing I found after the stream crossing was half a tree down across the trail. 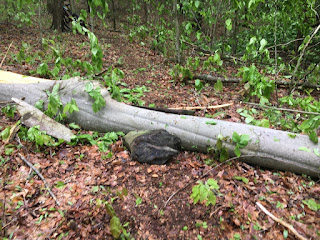 I cut away the smaller branches and then put rocks on either side of the tree to make a pretty good up and over.  I tested it a few times.  The east side needs a better, flatter rock to make more of a ramp. 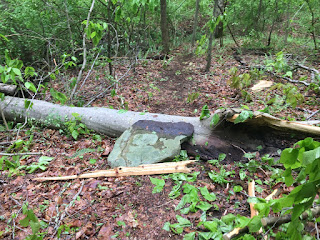 Further up the trail there was the top of a tree blocking the trail. 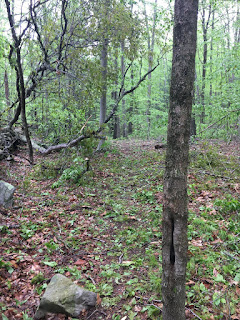 So I cut everything I could with my handsaw 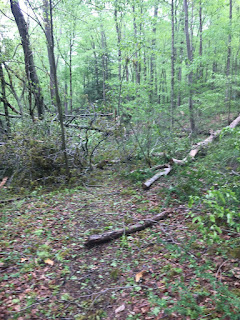 The elation of clearing that blockage was short lived as I found a huge tree down in the middle of the trail a few yards to the east. A reroute will be needed on this. 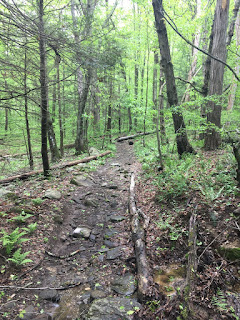 Just past the intersection with the lower Mulikin Trail there is a big tree down across the trail. 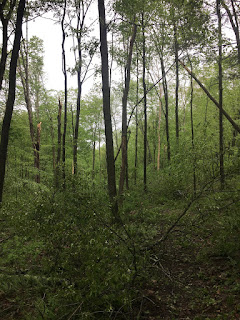 Near the little stream crossing facing towards the lake it looks like someone dropped a bomb and blew out all the trees. The top of one of the felled trees was laying across the trail, too. 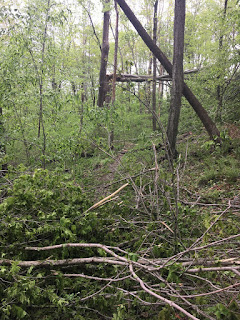 Beyond this blockage there is another tree down across the trail and then there are the two Widow Makers that are suspended above the trail but look like they are hear to stay in that position until they rot and a heavy wind brings them down. 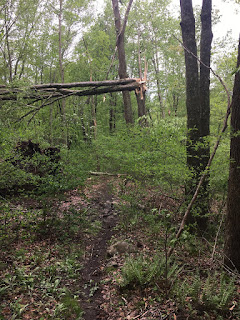 A tree uprooted right by the little stream crossing. 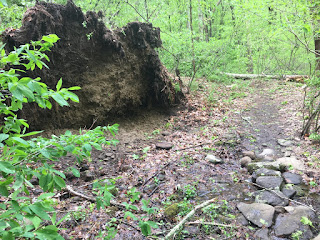 But there is also another tree down right across the trail, too 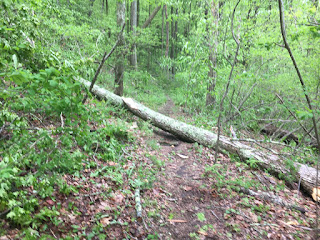 But the worst is yet to come 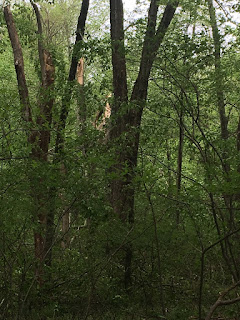 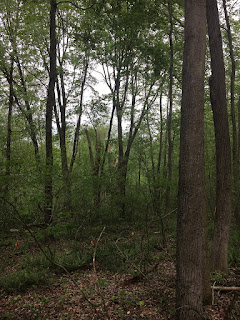 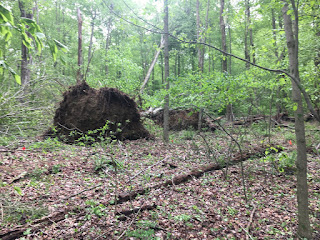 A section of the Mulikin Reroute was not spared 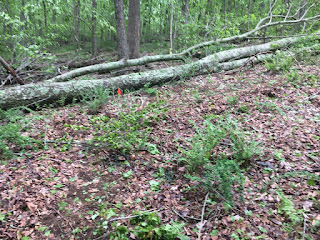 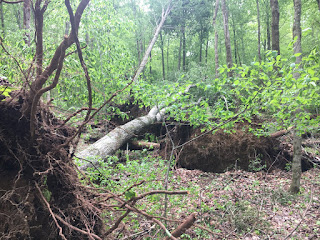 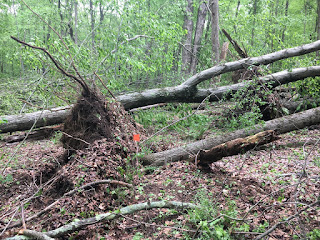 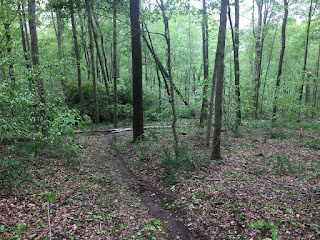 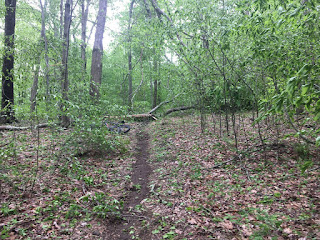 And in the other direction its only worse 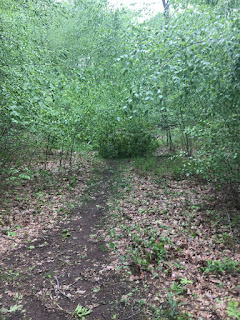 The Mulikin is blocked at the start, as well. 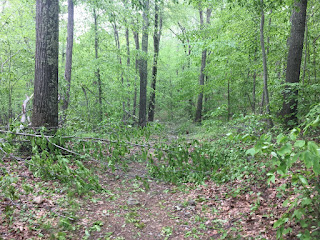 Looking east on the Poly Brody, its pretty messed up, too. 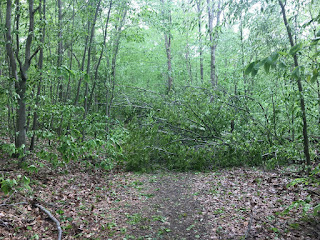 The westward route is equally blocked.  This was the first blowdown 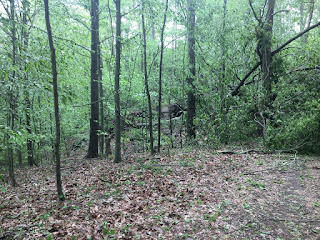 And then there was this one 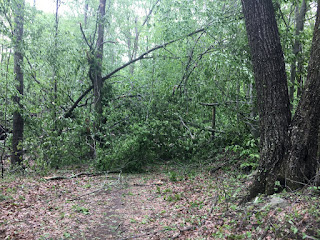 Followed by this one 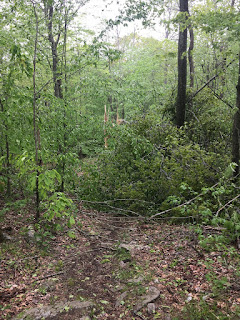 The top part of the Gussy was blocked, too.  I decided to bail out on the Mr Ed Trail only to find it and the Blue Blaze trail blocked in numerous places, well.
at 3:00 PM