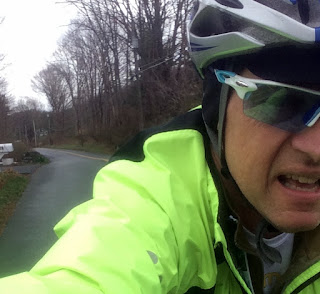 Woke up to a light rain Saturday morning and decided not to ride.  My riding buddies opted for their trainers but later in the day there was a break in the weather, and it was kind of warm, so I headed out to do a reverse loop of the Saugatuck Reservoir.  The rain started again when I hit Hopewell Road and was full on by the time I got to Newtown Turnpike. 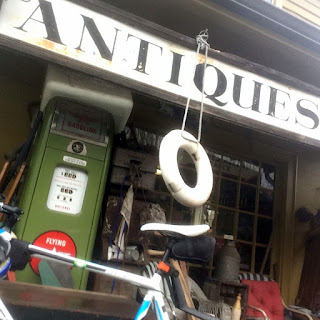 I passed by Greiser's Store, which always looks closed, but I saw someone exit the building so I stopped.  They were indeed open and they had quite a selection of antique and old paraphernalia from back in the day, including some nice, old beer cans.  The only ride nosh were cheese danishes so I went for that and a chocolate milk. 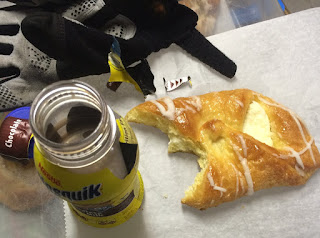 Seating was limited to non existent.  The owner wasn't the most friendliest as store owners go but he didn't mind me eating on one of the freezers while I warmed up a bit. 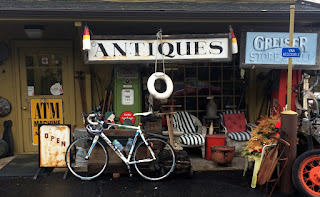 After the stop it stopped raining and the sun actually popped out for a bit. It felt good because I got chilled after the stop. 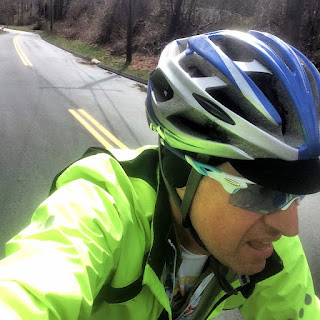 When I got home and plugged in the Garmin I got this error message saying there was something wrong the drive.  I have seen this many times before and thought nothing of it, however, when nothing loaded I started to look deeper and found that I had all these corrupted files and the ride was gone. Fortunately, I remembered the distance and time and was able to record it manually.  Then I ran CHKDSK /F on the drive to fix the errors and it was good to go.
at 2:44 PM