Pardon Me Boys, but is that a Chattanooga Bicycle?

I flew to Chattanooga last week for a business trip and when I got off the plane I saw this awesome Litespeed Ti Framed bike.  Turns out not only are Litespeed bikes manufactured here but also Lynskey and Quintannaroo, too! 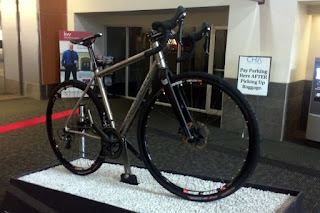 After two long days at work I was jonesin to ride and really wishing I could ride a sweet Ti framed bike or even a fixie, but instead I had to make do with this ... 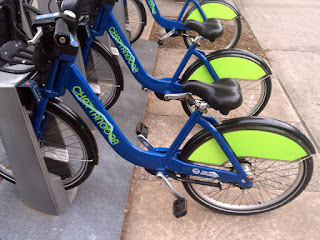 A rented bike from the Chattanooga Bicycle Transit System.  Not really intended as a bike rental, rather an alternate form of transportation it cost $8 for 24 hours but if you kept the bike out more than an hour they will charge you $5 for each successive 30 minutes.  Well, it had two wheels, a seat, and pedals, so I rented one and explored downtown Chattanooga. 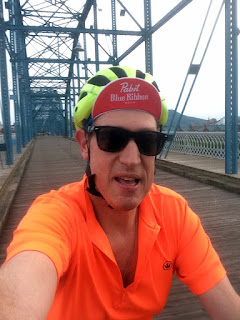 I rode across the Walnut Street Walking bridge to the more eclectic side of the river.  There were all these great restaurants and this nice park called Coolidge Park where people were picnicking, playing Frisbee, and relaxing. 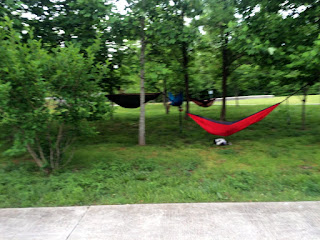 There were all these college pukes reading literature in hammocks that initially through were hippies but come to find out that's the thing to do these days. 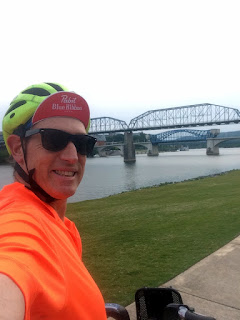 Before heading back to Chattanooga I climbed one big hill that faces the Walking Bridge.  It was bear to climb on what is basically a comfort bike with tiny cranks and cockpit not made for this kind of riding.  Still, it was something to do and to see if I could get a better view. 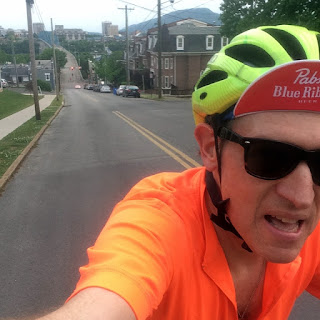 After returning the bike I went to this place called World of Beers for dinner.  They were giving away free pint glasses if you ordered a Wiseacre beer.  I ordered the Double IPA and got a stout. 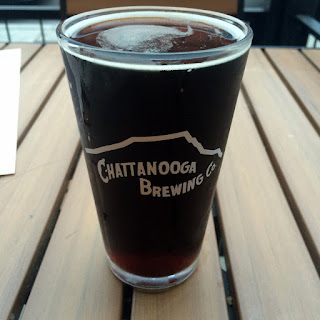 I tired the stout but I didn't like it.  Kind of weak, like watered down Guinness.  Even though I had put more eye drops in my eyes were killing me due to the pollen and I was miserable. 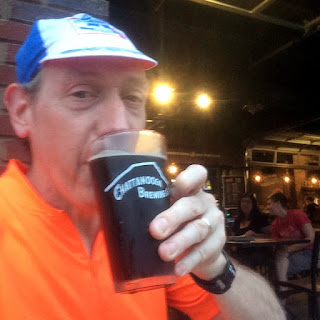