My week in Tennessee put a bit of a damper on my training schedule.  To make up for it, when I got back to Connecticut on Friday and wrapped up a few loose ends with work, I headed out on a little Ride After Work.  It was 56 degrees so figured warm enough for shorts but I would definitely need something on my arms. 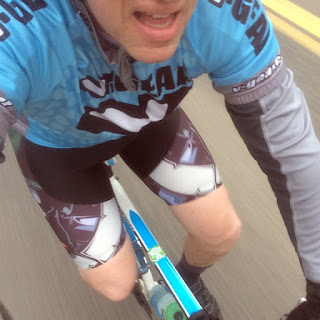 I headed down to the Steel Bridge in Sandy Hook thinking that if it was still closed then I would do some ride through Newtown but if it was open I would ride through Southbury and Woodbury. As I was sprinting along the flat part of Walnut Tree Hill I caught a glimpse of the bridge and saw a car driving across it. It reminded me of that scene in "A Bridge too Far" when the Germans couldn't blow up the bridge and the American Sherman Tanks started rolling across. 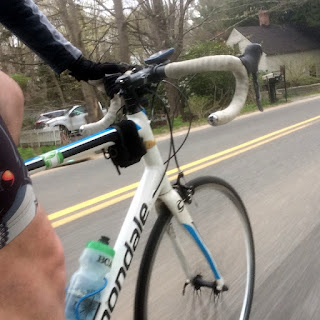 I rode up Rt 67 and then headed out on Transylvania Road in Southbury towards Woodbury. After a bit on 317, in which I contemplated heading up to Roxbury but wasn't really in a climbing mood I turned at the Bike Route sign and continued on towards Woodbury. Eventually I popped out on what I thought was Rt 47 but turned out to be Rt 6.  It was kind of busy but most cars were giving me a wide breadth. 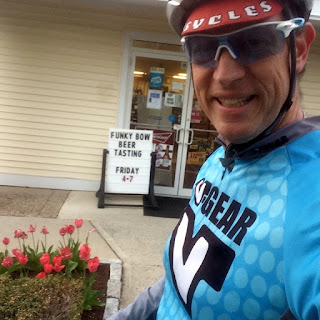 Now that I think about it, to avoid all the traffic lights on Rt 202 in Southbury, I should have taken Rt 67 again, so I will do that next time. As I was riding down the main drag I saw there was a beer tasting event at the Lake Wine and Liquors Package Store so I stopped.  The immediate dilemma was if I liked the beer I knew I couldn't carry a six pack home. 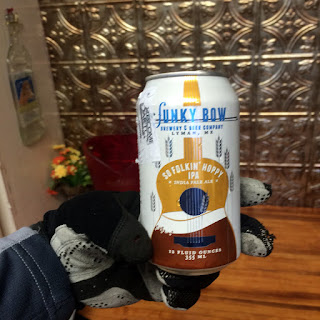 The beer was from the Funky Bow Brewery in Maine. I tried the G String (nice double entendre) Pale Ale and the So Folkin' Hoppy India Pale Ale.  I liked the latter better. 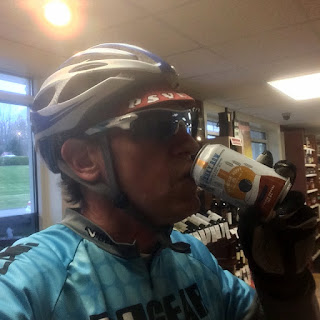 Since it was 7 pm, the sales guy let me kill what was left in the can. It wasn't much but just enough to get a good taste and a few carbs to burn off during the rest of the ride of home. Needless to say, the ride home was great and I felt human again.