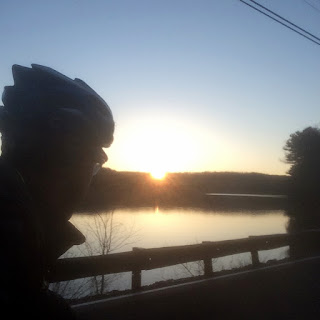 OK, perhaps not as cold as my first bike commute, in fact it was 10 degrees warmer than last week but it was still cold.  The only questionable wardrobe decision was the gloves.  My hands eventually warmed up but I was kicking myself the first hour on my decision to go with lighter gloves. 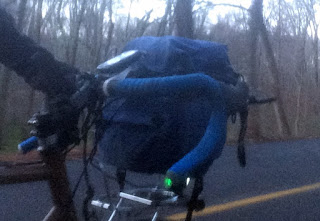 This was my first ride with the new headlight mount and it worked perfectly.  The only thing that I don't like about it is when it gets light I really can't tell if its on or not because I can't see it. Otherwise, it's really solid. 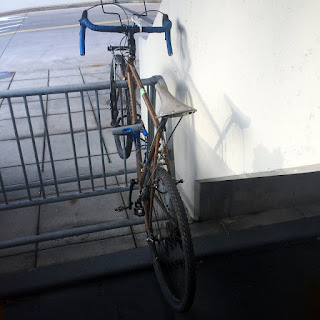 I tried a little variation in my route this morning.  Instead of heading up Chestnut Hill, I went straight after riding the dirt section of Newtown Turnpike and then turned on Stonebridge which is essentially part of my old neighborhood from when I lived in the this area in the mid 1970s!  Don't recall the big hill leading up to Chestnut Hill, either.  Then again, we are talking 40 years ago. 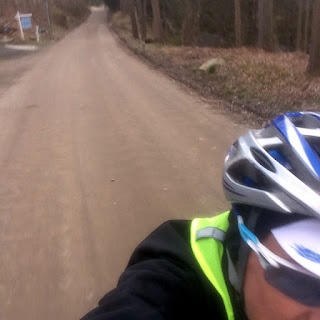 On the way home I got more dirt on Newtown Turnpike.  I was going to try Sherman Turnpike and then cut back over to Hopewell Road on John Read Road, both of which have substantial sections of dirt but I left later than I wanted so I had to pass. 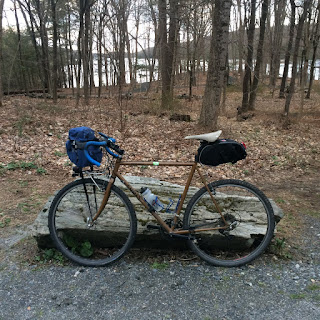 This commute also had some big changes in the schlepping department as well.  I used my touring handlebar pack that I got from Cliff Cox to carry rain gear, other gear, and my repair items, as well as wallet, work id and lock keys.  I finally pulled the trigger on the Banjo Brother's Saddle Trunk which I found carries my lock and cables perfectly and I can fit other necessities like clothing items I might need later for when I change and lighter gear for the ride home in the afternoon.  I will do a bigger write up of this bag later.