The Pedal F*cker is now Unit-less 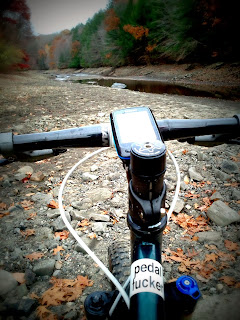 If you have perused my Former Lovers page you might notice two recent additions.  The Fredmobile was just added and now Pedal Fucker has joined a long list of well ridden bikes that have been accepted into the fold of another where they will continue to bring their new owners much joy and happiness. 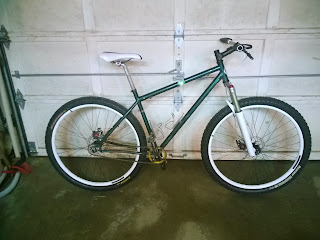 I put Pedal Fucker up the usual Craigslist sites that I like to use, as well as on the Northeast Bike Classifieds Facebook Page but ironically it was by word of mouth or I guess you could social media that connected me to the buyer of Pedal Fucker.  I posed this very same picture on Instagram with a caption indicating I was done, that is done with the latest incarnation of Pedal Fucker, however, a follower from Australia (as well as huge bike and beer fanatic) took the comment as if I was done with the bike.  Which brought on the following conservation: 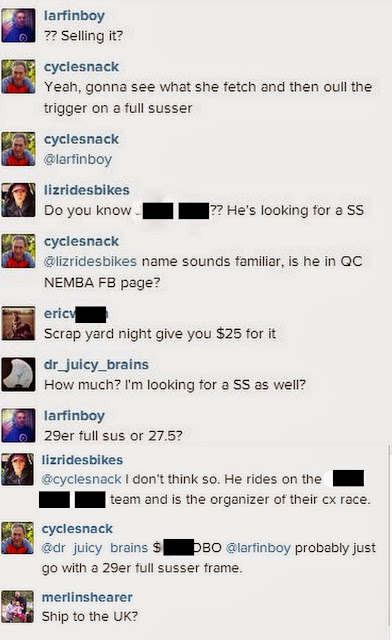 It was Lizridesbikes (and blogger of When Inspiration Hits) suggested I contact someone she happens to know that is looking for a Singlespeed Mountain Bike.  I contacted the person and he was interested.  Sent some pictures, answered a few questions, did a little negotiation and settled on a price.  Turns out he was going to be in the area doing some errands and we agreed to meet at one of the local commuter lots in Newtown. 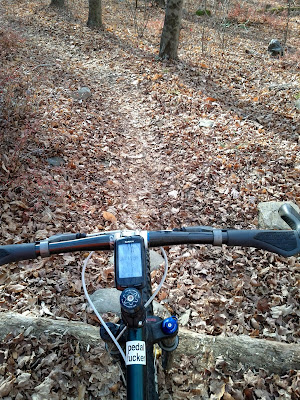 As we were making the exchange, in the pouring rain, a State Trooper rolled through the lot and rolled down her window to say that it must not be a nice day to ride a bike.  We all had a chuckle but when she pulled away I mentioned that this lot is heavily patrolled because it always looks like there are drug deals going down.  Of course the buyer, said, well you are right, bikes are like drugs, they are addictive and can be expensive, but the huge difference is that they are good for you!

Like all my bikes, the Kona had quite a few costume changes, including 5 different forks, 4 different handlebars, 3 cranksets, and two and a half wheelsets.  It got raced at Singlespeed A-Palooza two years in a row, and I rode it not just in Connecticut but also Cape Cod, Pine Hill Park, and twice at Kingdom Trails.  I have to say of the 6 singlespeed mountain bikes that I have ridden over the years it was by far my favorite.  So here are some pictures of the evolution and transformation of this bike.


I always thought the Fox F29 was a 110 mm fork but when I see it pictured above and then I remember riding the Kona Unit with the White Brothers 110mm fork (which I knew was indeed 110 mm) it now seems that the Fox might have been 120 mm.  It really threw the geometry way off on the bike.