My first ride of the new year and it was pretty darn cold, in fact sobering, since I woke up feeling a little woozy.  Those Cosmos, at the New Years Eve party I went to were really good!


Initially, I headed out wearing three long sleeve layers and a cycling jersey but on the first descent from the house my arms were freezing so I went back to get my arm warmers on and that did the trick. 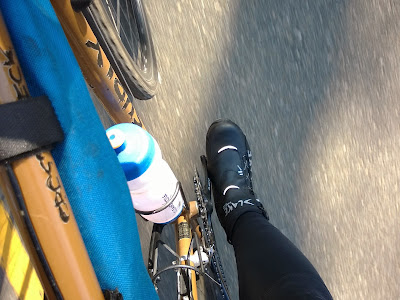 I brought my wind vest just in case but didn't need it until I got to the Aspetuck Chasm because that is when it clouded up and the temperature dropped another 5 degrees.  Seems like it was a lot colder than Tuesday's ride, probably due to the wind 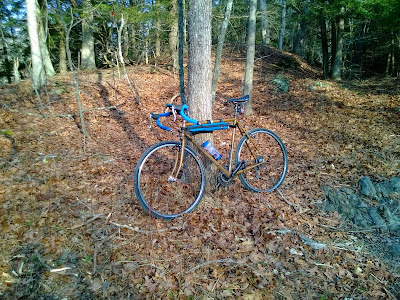 After my second pee, I was having my banana and looking at the Surly when I had a thought about the top tube bag - it would be cool in it was larger so that not only could I fit my tool bag (currently on the bike) but also fit some extra goodies like the wind vest stuffed in my back pocket, some food, first aid kit, cell phone.  The guy I bought the bike from makes a larger bag and gave me one but it's camo and I want blue so I emailed him to see if he is still making them.

The Fizik saddle is pretty good but I thinking about replacing it with some thing blue.  Speaking of other upgrades, probably get blue skewers, and blue Crank Brother's Pedals at some point, too.  If there is one thing I would change right this second is the shifters.  I am used to the barend shifters from when I had them on the Cannondale, not too long ago, but I am not sure I like having to move my hands to shift all the time.  I guess those SRAM double taps are spoiling me.  I think I want to try Retroshifts.  They basically move the barend shifter to the shifter and since I am riding in the hoods most of the time they are in the perfect place. 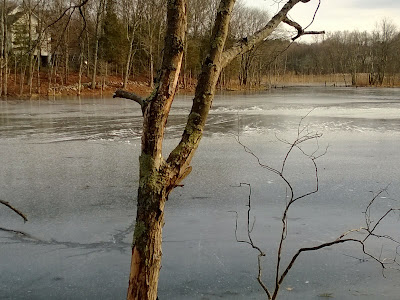 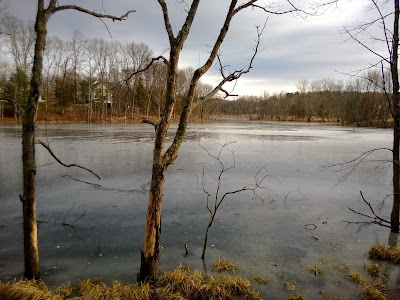 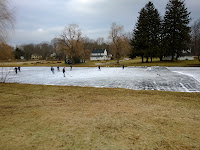 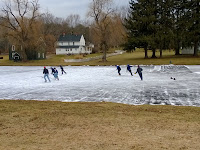 Riding past the Ram's Pasture Pond in Newtown, I stopped to watch a little ice hockey. 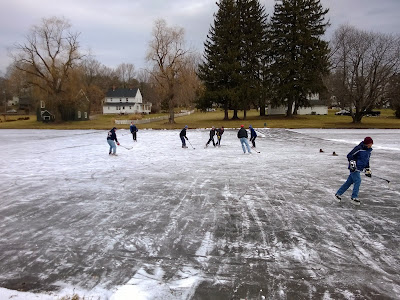