The departure of the Polar Vortex brought a drastic change to the weather where we got snow on Friday (I had planned to ride to work) and then 50 degrees and 2" of rain on Saturday.  Heading out Sunday morning the temperature was around 40 degrees and it was really windy.  Despite the rain and warmer temperatures it didn't dissuade these fisherman from ice fishing on Taunton Lake Sunday morning. 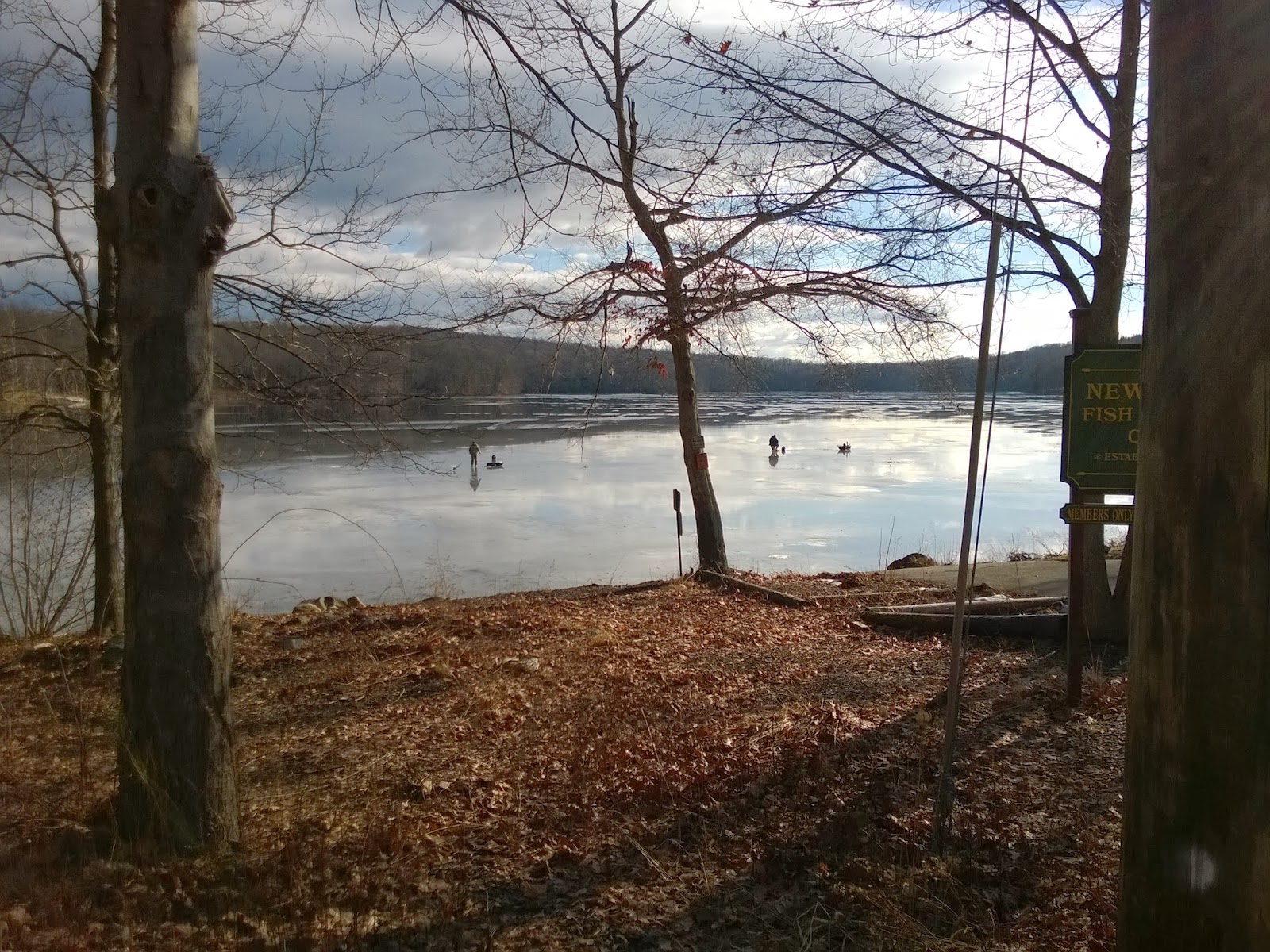 Started to get some traction on the Cannondale.  The first buyer was really interested and but low balled me and it was pointless trying to negotiate with him seeing where he was coming from, however, on Friday some interest arose from one of my Craigslist ads.  His initial offer was $200 less than what I was advertising and I said no thanks.  When he wanted to know what I could live with I told him $100 less than what I was asking and sent that response before heading on the Cannondale for my weekly Sunday morning ride 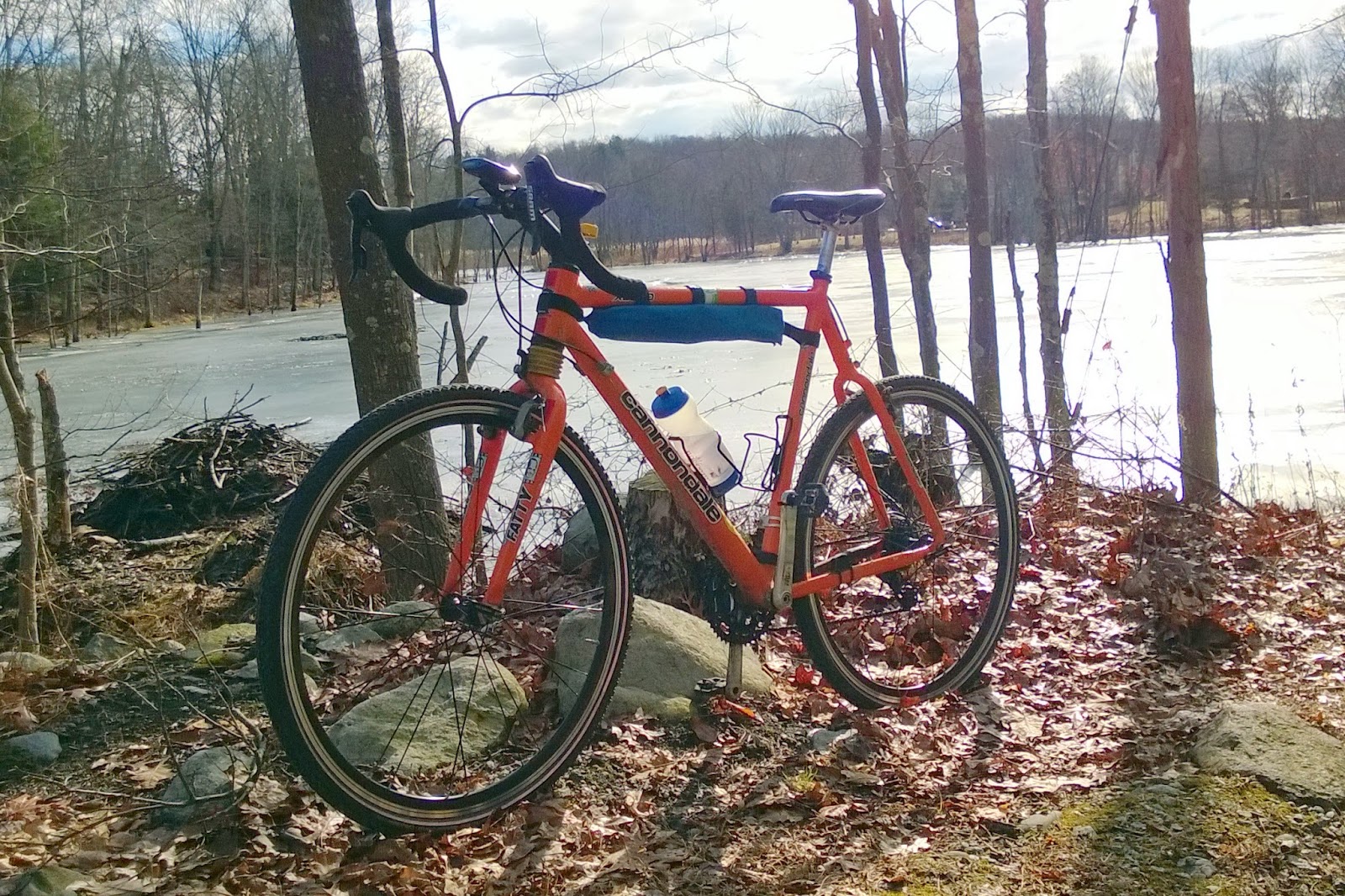 I was immediately lamenting my decision to ride Pond Brook because it was really soggy and agonizingly slow.  Once on the pave section it still seemed slow and there was some rubbing on the brake.  Grabbed the multitool and made a quick adjustment to the front brake and it was good to go!

I now have a pretty standard route that wraps around the north part of Newtown as if I were riding to work and then from the intersection with Currituck and Rt 25 I can ride up to Mt Pleasant down Taunton Lake and up Scudder Hill which sets me up for the run down Poverty Hollow. The other alternative is to take one of my commuting routes to Old Hawleyville and then over to Rt 302 and back towards Newtown to shoot down Hammertown Road.  The latter route is around 26 miles (Purple Route) but my Poverty Hollow rides are between 30 and 40 miles.  Today I checked out North Avenue but I made a wrong turn off of Judd that took me to the bottom of Hammertown when I should have stayed on Judd.  My only concern is there is a blind corner and on a hill on Hammertown that I like to avoid. 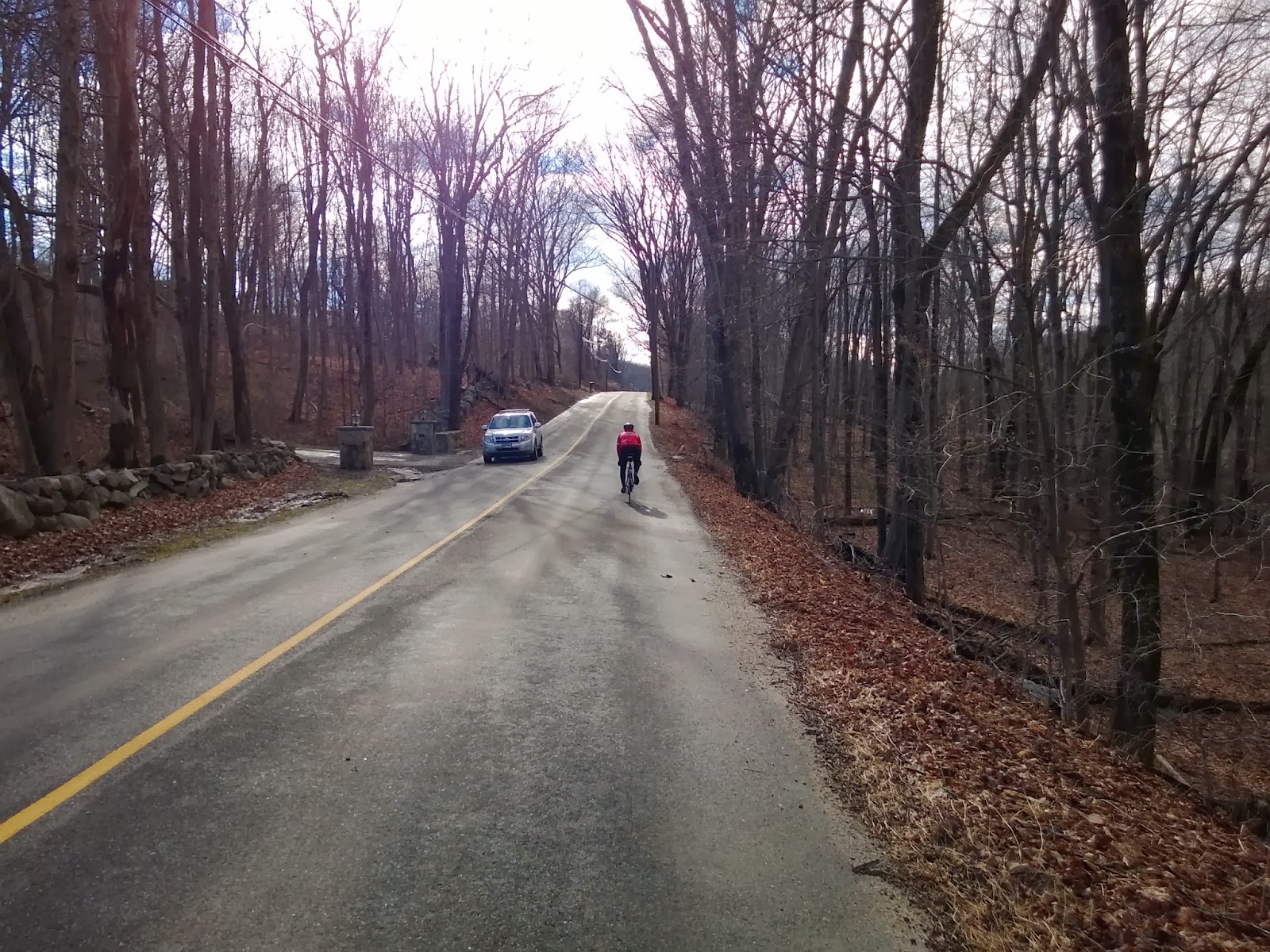 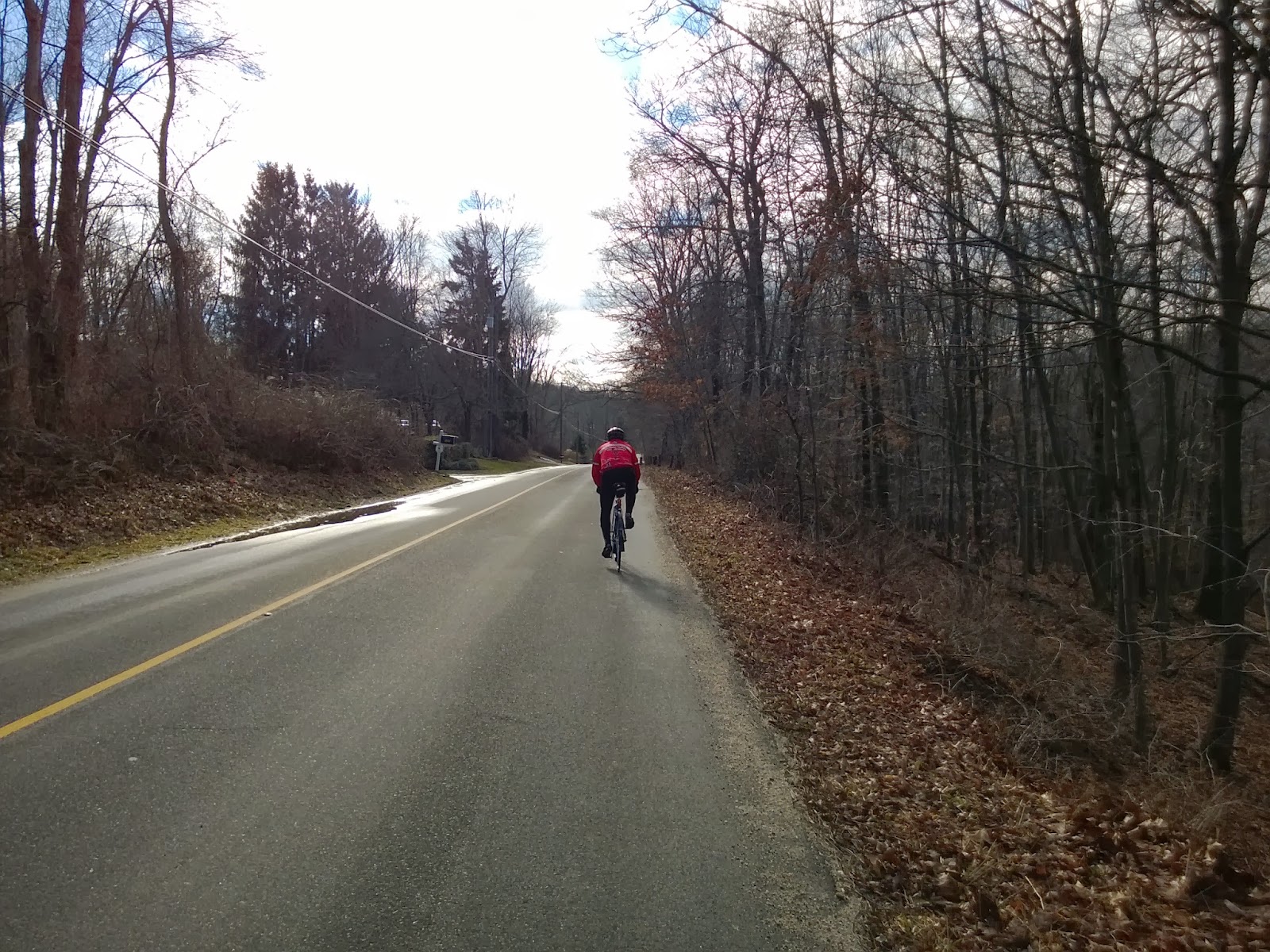 Whilst on Poverty Hollow I spied this cyclist up ahead of me and figured no way I was going to catch him but when I got past the descent at the horse barns the gap had been closed quite considerably.  It wasn't until I got in behind him that I realized he was on a Single Speed! 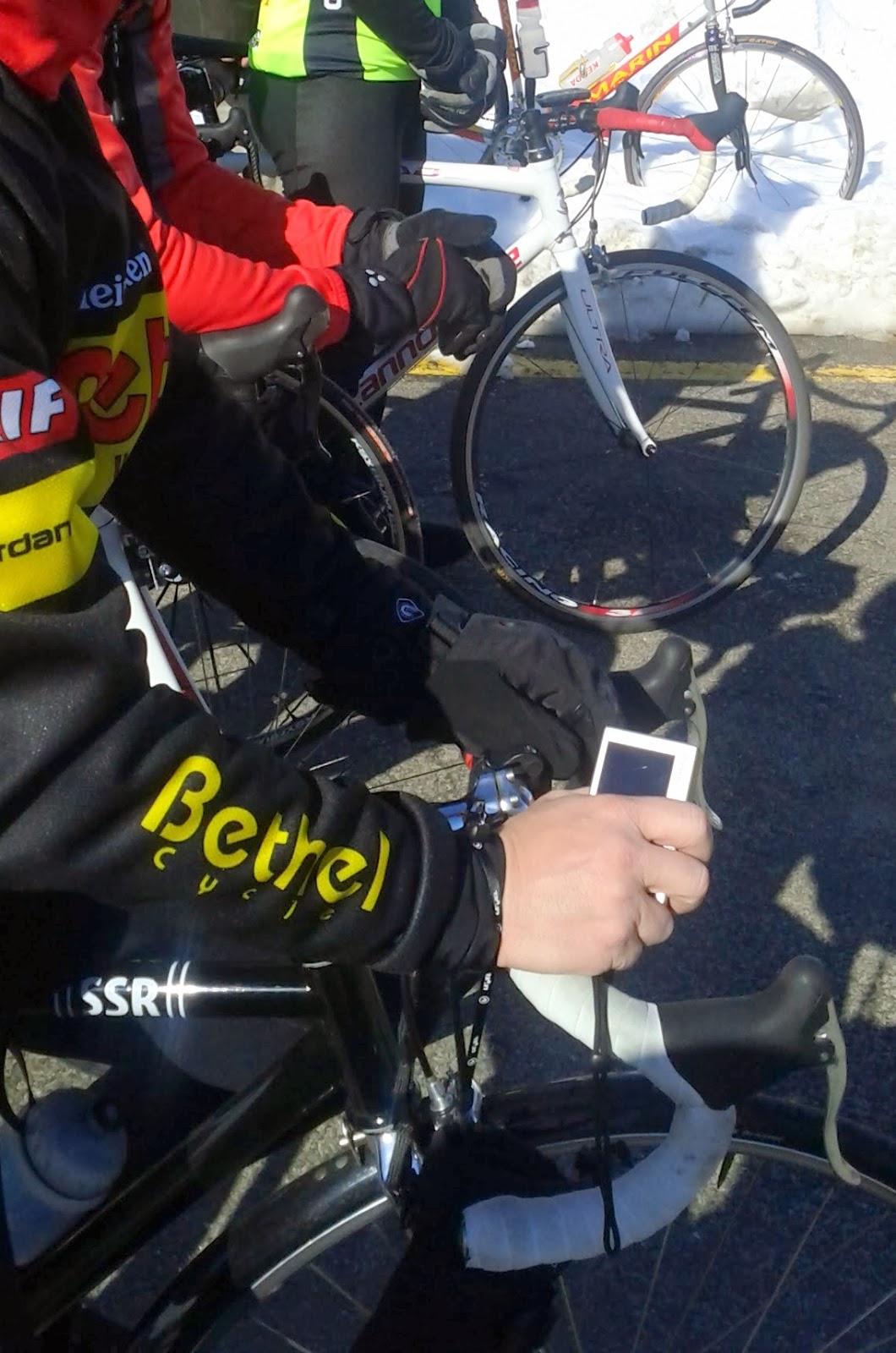 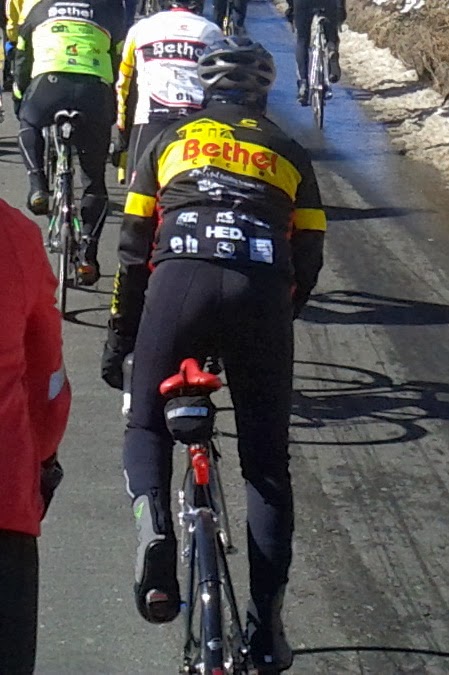 I realized I had seen this guy/bike before at the Sandy Hook Ride on Washington send off riding a Scattante SSR single speed frame from Performance Bicycles.  I recall asking him why singlespeed on the roads and he said that he rides it in the winter time because it's much easier to maintain and clean. 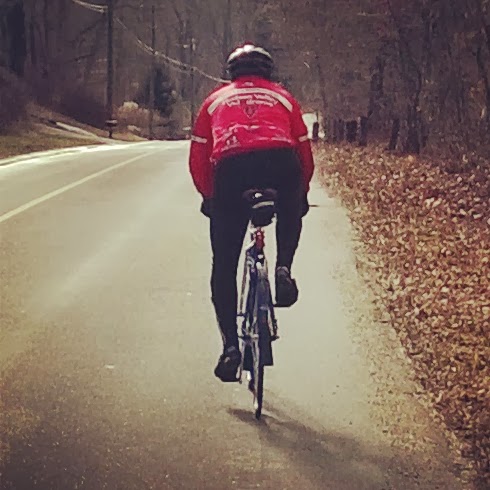 One thing is for sure, I need a better riding jacket.  One that has three pockets on the outside and zippered pits.  Average temperature for the ride was 41 degrees and I had two long sleeved layers, a short sleeve with arm warmers and a riding jersey.  With a pocketed jacket, I could loose the jersey and a layer, I think.  No problem with the feet riding the Lake 303s of course and I was spot on for gloves, too. 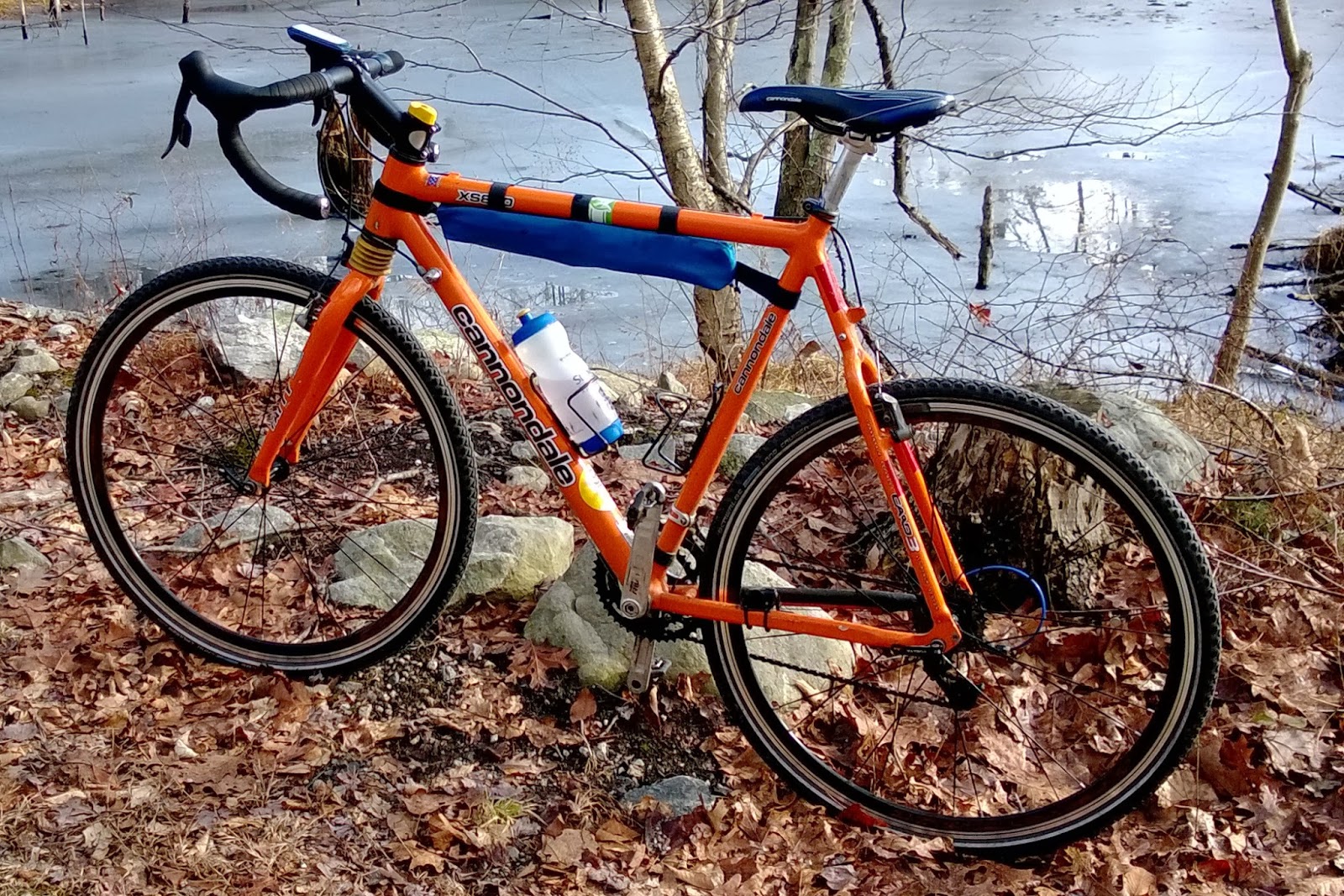 I think you can say that this is the bike that turned me into a roadie.  With its sale, I think even more road like routes will be ridden in the coming year on perhaps something a little more modern and weighing less.  The Fredmobile wasn't heavy, but it was no spring chicken compared to what you can get today at your LBS. The one thing that I never got around to changing was the stem.  The current stem is 130mm and I really think I could have done better on a 90mm stem.  Still, it was great for everything I rode it on. 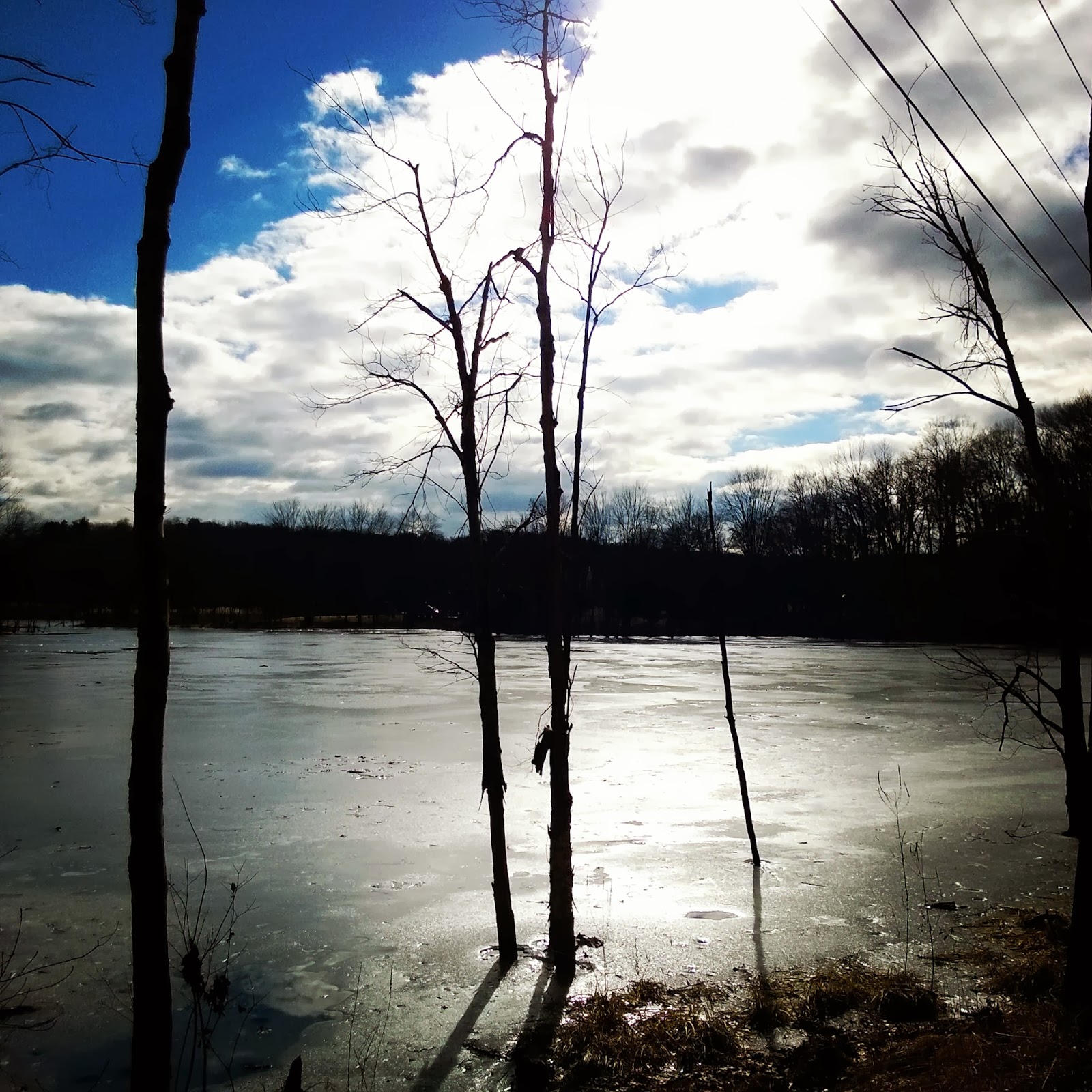 Alas, the Fredmobile is no more.  He is off to Boston where he will be serving as an all weather commuter for someone who wants to bike to work rather than drive!
at 8:00 AM