Looks like this might be last opportunity for while to get some riding in so I decided to make the most of it on second to last day off but I wanted so variety because riding at Upper Paugussett too many times reminds of the popular saying, "If you not the lead dog, the scenery never changes!" 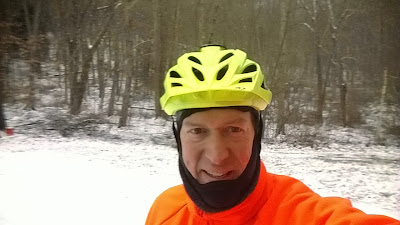 It wasn't going to warm up the later I waited before heading out but at least it stopped snowing.  There was maybe an inch on the ground with more later in the evening expected to come.  Still, a full compliment of snivel gear was required. 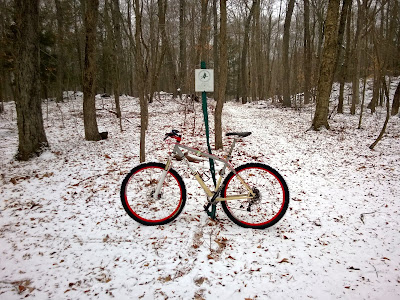 For variety I headed over to the Horse Trails off of Pond Brook.  There's a mishmash of old ATV trails that are mostly ridden by a few equestriennes that live in the area.  There is also some singletrack here and there but with all the storms we have had in the past few years most of the trails get blocked and since there are so few users go arounds are created very slowly. 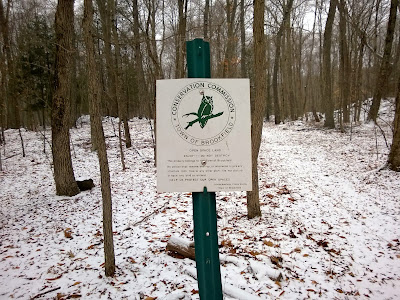 Off to the east of this sign is a small pond or vernal pool and on the other side was an outhouse.  I was thinking that I could use the facilities pretty soon but when I turned around, I noticed some new singletrack coming off of Lake George.  Guess I haven't ridden here in a while not to have noticed this.  The snow, of course, is the unified equalizer and shows you were the trails are every time.

I headed down the new trail and found it quite flowly and fun.  Very few fall line climbs/descents.  At one point it looked like you could jump onto the old right of way for Lake George Road or continue descending through some barberry (hope I don't get a flat later) and then pops out onto Lake George.  Crossing over the ROW I took an old trail on the other side that I used to ride back up to the town line and then I picked my way to the outhouse.  Only it wasn't really an outhouse, unless it was bucket shitter, fortunately, I really didn't need to use it so I headed on. 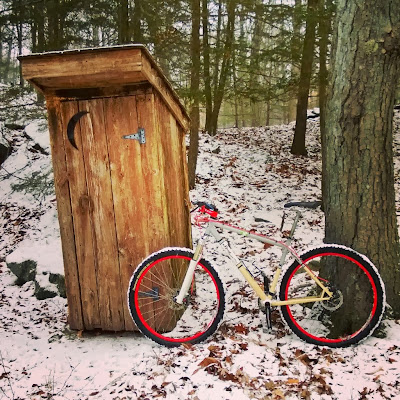 Brakes were squealing awfully and I peaked the curiosity of quite a few dogs but non came out after me.  A couple of years ago I had one come after me but it never got close enough to do anything, it just wanted to bark at me. 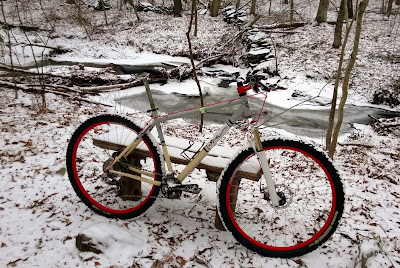 I like to take a breather at the bench in order to get ready for the big climb back up.  There is so much potential for some killer trails here but yet nothing ever happens.  Hard to believe the trail gnomes haven't found this place. 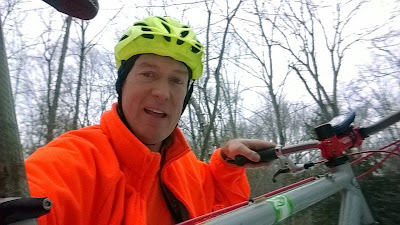 It starts out pretty good but snow turned it into instant Hike-a-bike. 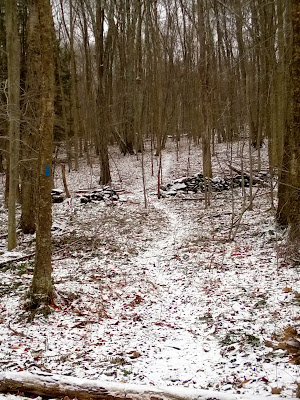 From here, I rode over to Upper Paugussett State Forest 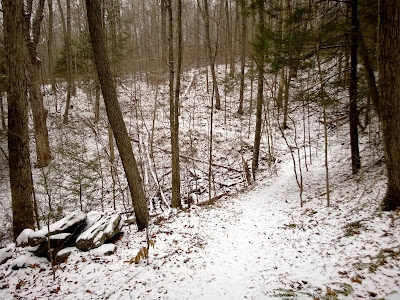 Rode up the Mulikin Trail 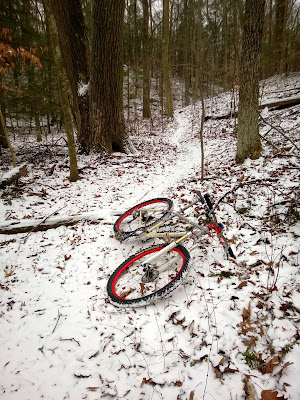 Then on to the Gussy 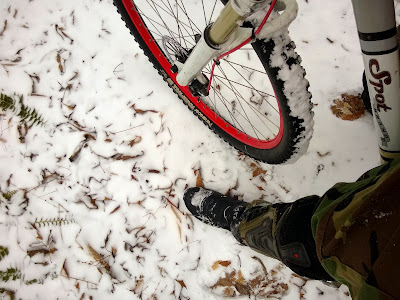 I looked at the temperature gauge on the Garmin and found that it was 14 degrees
yet my feet were toasty warm! 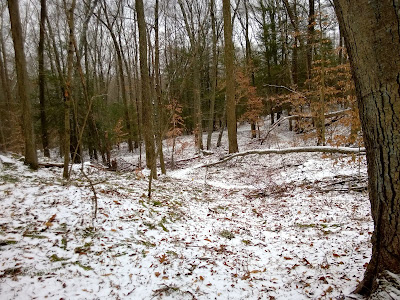