Do you really need a Fat Bike?

I had a couple of hours to kill on Friday after dropping my daughter off at a friends house so I threw the Spot on top of the car and headed down to Pepper Street in Monroe.  No one had been on the Housatonic Rail Trail headed towards Newtown so I headed that way. 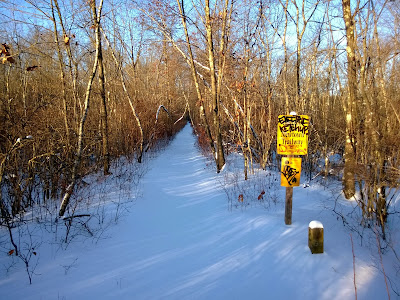 Riding in 4 to 5" of light powder is interesting, more so if you not on a fat bike, because the skinnier tire upfront doesn't track well in the snow.  I let out some air before starting the ride but it probably wasn't enough. 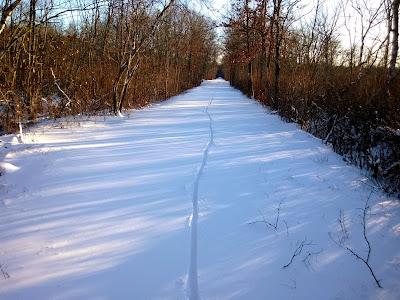 Since fat bikes run at a very low PSI which cause the bottom of the tread to flatten I would think this gives the rider much more stability with a larger surface area coming into contact with the snow (or sand).  Still, as long as there were no other tracks I was fine. 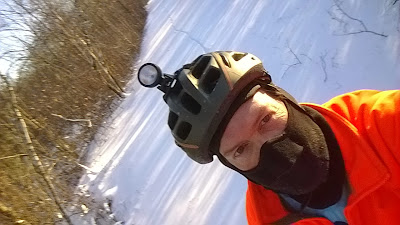 I think it was around 9 degrees (-13C) by the time I got to the Monroe/Newtown line and I was alternating between mask on, mask off because I was working really hard to keep myself up in the snow.  I never got out of the 2nd lowest gear and I could definitely feel the burn. 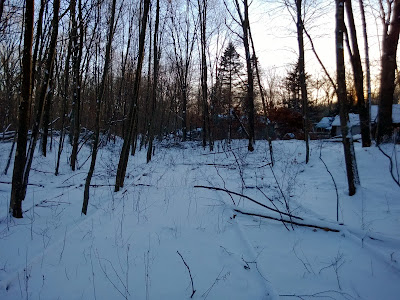 These snowy tracks are between the end of the "Newtown Trailway" (the trail actually goes all the way to Swamp Rd) and the Batchelder Property, which is an EPA Superfund Cleanup site actually in the process of getting cleaned up.  So there is hope that the trail can officially continue up to Swamp Rd.  That is of course if the back stabbing residents (long story) don't find some other way to block it like the fuss they put up on the initial part of the trail.
The trail down to Cutler's Farm road was also untouched.  In some places, much of the snow was blown off making it much more easier to ride.  While riding the section of the trail that goes out onto the road I got some long looks from those driving by in cars. 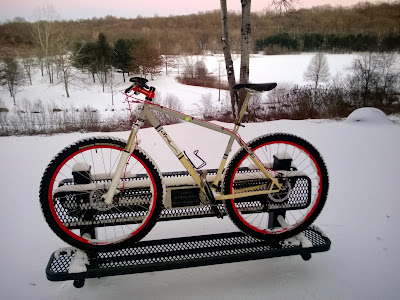 From Cutler's Farm to Wolfe Park it was different story.  There was actually a pretty good defined ski track the entire length of this part of the trail that I tried to stay off of because as I found I get better stability in untouched snow as opposed to disturbed snow.  Riding down this part of the trail was a lot more work and I ended up opening my jacket, my riding jersey and the shirt underneath because I was really hot.  I had three layers on underneath my Windstopper Polar Fleece, which turned out to be too much.  When I turned around at the entrance to Wolfe Park I had to zip up again because everything got really cold, really fast.  By the time I got back to Wolfe Park I had to turn on my head light. 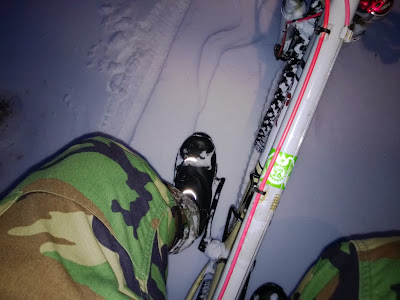 The Lake 303s performed beautifully but I did get a little cold nearing the end of the trail.  Still, for a winter cycling boot rated to 25 degrees (-4C) they were performing exceptionally.  At one point I had to stop and check my junk to ensure it wasn't frozen because I couldn't feel it.  Turns out it was just numb from the way I was sitting on the saddle but Mr Happy was still toasty warm!  Halfway down the last section to Pepper Street some douche bag on a Snowmobile ran down the trail making it nearly impossible to ride, again pedaling in the disturbed snow is a lot tougher than untouched, so I had to weed my way on the sides till I got to the end of the trail. 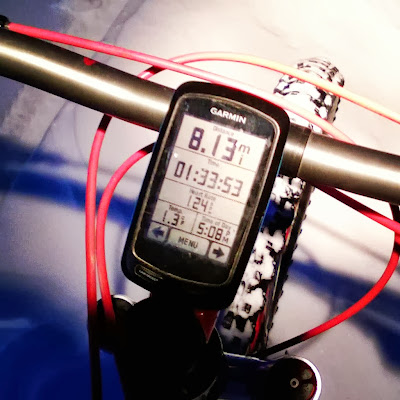 Overall, it was a great ride.  The only advantage to having a fat bike is that I could have pedaled through more of the disturbed snow and I probably could have gone faster.  Who knows, maybe I will get one next year but I think it's too late to get one now.
at 10:37 PM