When I got to the town I grew up in I was amazed at how much it has changed.  Granted I am in New Canaan probably once a month and for most of the holidays visiting my father I never get up to town.  After having lunch with my best friend from High School, who was in for the reunion from Seattle, I decided to ride around town and hit some of the hills that I used to ride when I was in High School before I had a car. 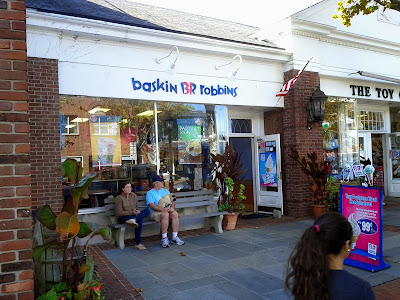 BR occupies the old record store, the Gramophone Shop!
The streetscape on Elm Street is greatly changed, too.  Lots of outside side dining and only a few shops remaining from when I used to work here after school or hang out. 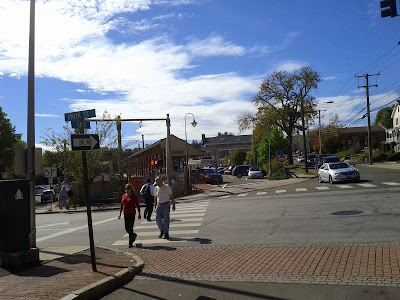 The Next Station to Heaven! 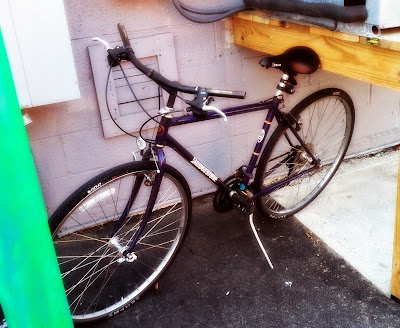 This Bridgestone X05 was parked at Cherry Street East.  Given the fact that it doesn't have grips would lead me to believe that it's owned by someone that doesn't appreciate the classic nature of this bike.
I would love to have this bike as my commuter! 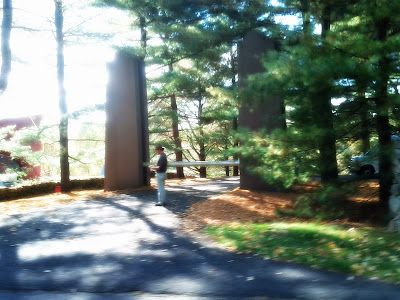 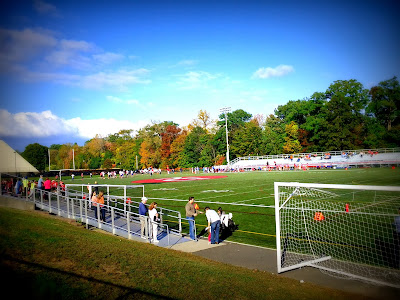 Swung by the Homecoming game at the high school after
opening up the Fredmobile on the trails at Waveny Park. 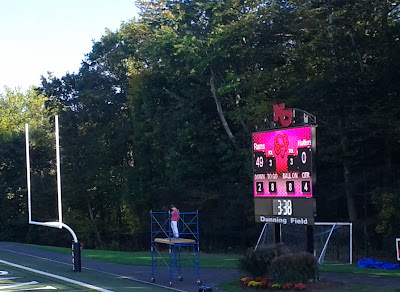 New Canaan was stomping on Danbury 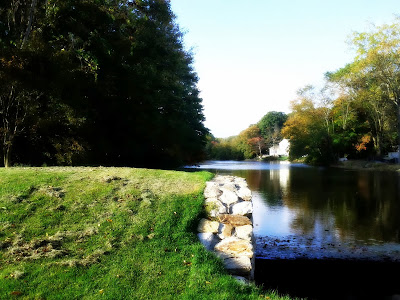 Then I rode over to Waveny Care Center to visit an old friend who works as a receptionist.  From there I headed over to my father's house on Jelliff Mill and check out what's going on with the Mill. 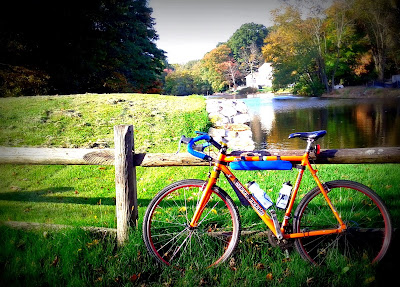 The current owners of the Mill have tried to put in an office building, a restaurant, and now they are finally putting in condos.  The local residents, including my father, fought them tooth and nail, but eventually lost when the developer pulled out the low income housing card.  So the condo project has started, where 30% of the condos have to be affordable.  In New Canaan, affordable would mean instead of an $800,000 condo it will be $300,000.  People are going to be lining up to snap those up!  That rule is such a sham! 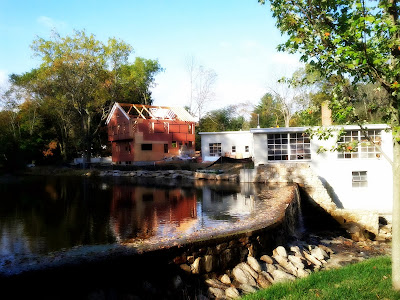 This could be the last time I ever see the Mill because it's slated for demolition.  I liked it better when it was red.  Condos hear are gonna suck. 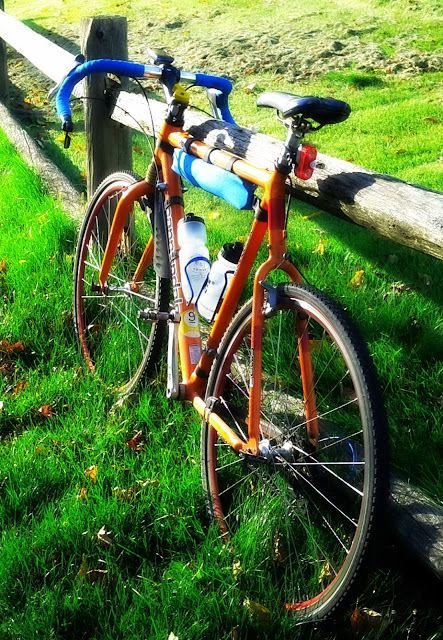 1500 miles on the Fredmobile!
Back brakes were squeaking like a strangled goose
so I think it's time for an overhaul!
at 6:00 PM